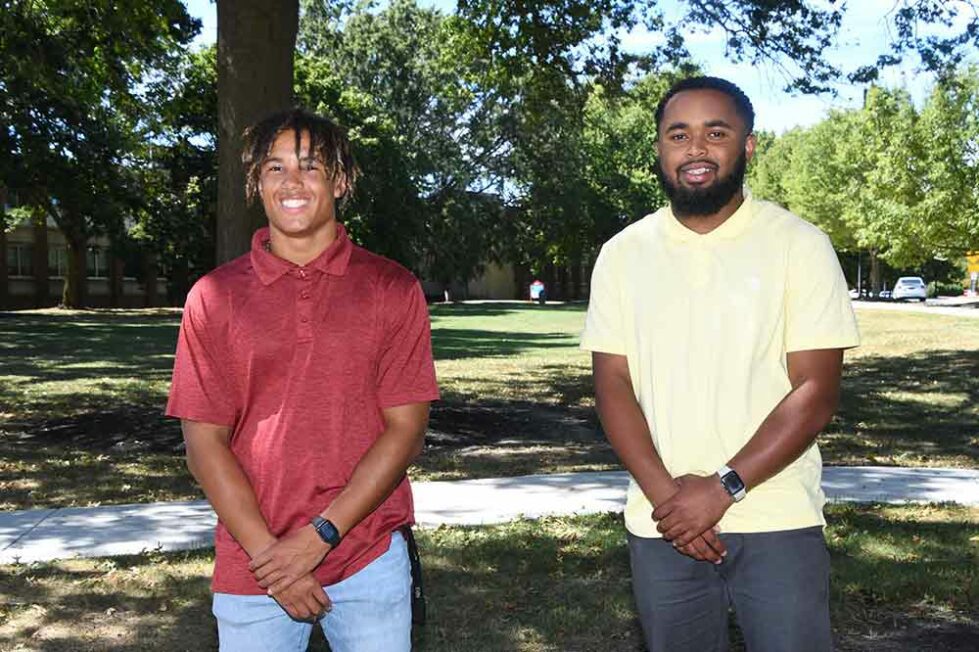 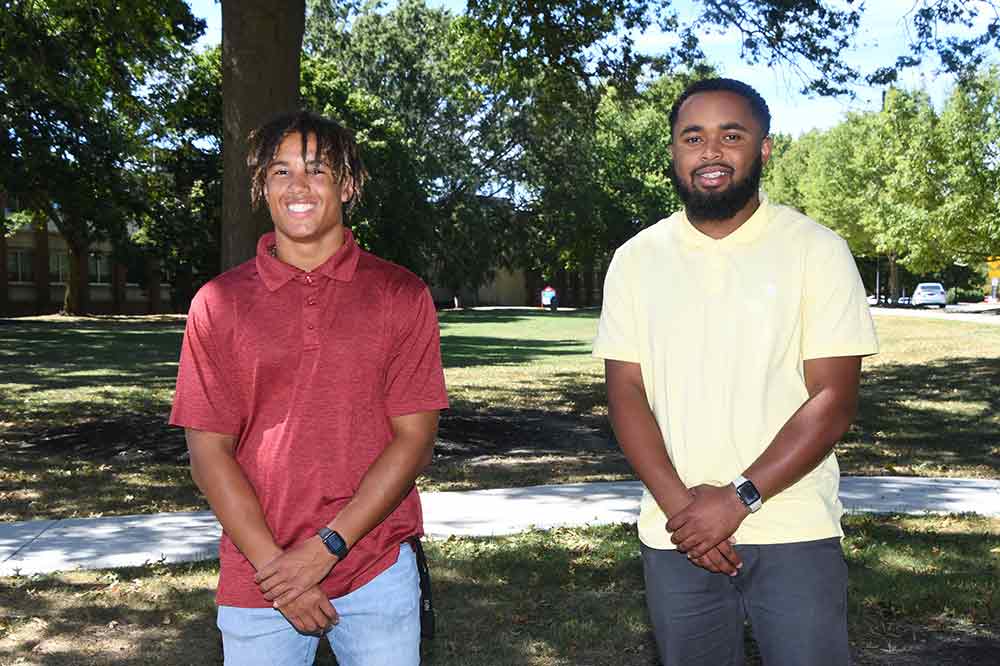 Jaden Rivera dropped his phone on his lap and started crying when he got the phone call that he was being given a new scholarship.

Ja’ron Hunt screamed in excitement when he got the same call, knowing the money will help him earn a career in teaching where he can the kind of Black male leader he aspires to be.

The new scholarship honors Terrance Newton, a lifelong Delawarean and longtime educator and community leader in Red Clay who died in March 2022 from injuries sustained in a motorcycle accident.

His death shocked the community. “Newt” was a DSU grad known for many things, including welcoming Warner Elementary students to school each morning with smiles, hugs and encouragement.

“Discovering some of the selfless acts and community efforts he was able to do while he was here, just made me even more appreciative and proud to receive the scholarship,” said Hunt, of Seaford. “He inspires me as an educator and he represented someone not just going to work for a paycheck, but to make a difference in the lives around him.”

Rivera also said the scholarship meant more because of its namesake.

“Just to have my name in the same sentence as somebody that was as prolific as him in the Wilmington community is extraordinary,” Rivera said. “His impact is something I want to replicate as I create my own legacy and as I’m carrying on his.”

After this year, the $5,000 scholarship will be awarded to incoming college freshmen who have declared education as their major.

The primary goal of the award is to acknowledge and support young men of color who have chosen a career in education, following in Newton’s footsteps.

In his free time, Rivera enjoys listening to the weekly “Just Different Podcast.” His favorite episode is called “Do it Anyway.”

“It’s kind of a motto I have, that if I’m scared to do something I just do it anyway,” Rivera said. “If I have stress or worries or anxieties, I know for me to be great at something I’m going to need to get that courage to do it. Pushing myself improves my character and helps me grow into a man.” 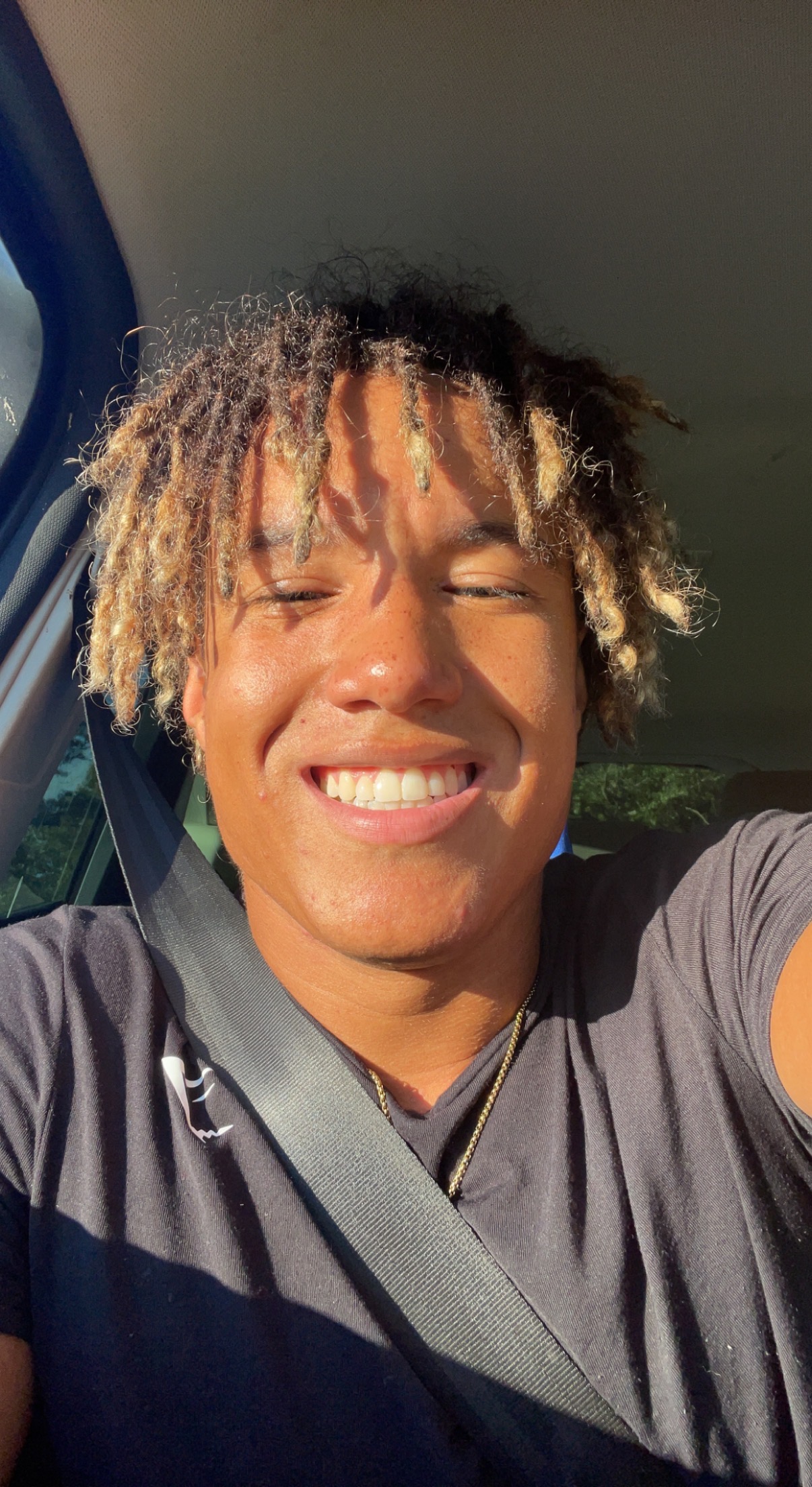 Rivera, who radiates confidence, said there’s nothing he can’t do and his greatest inspiration is his desire to succeed.

“There will be a door that will be open for me when I graduate college,” he said. “I’m claiming it right now. There will be a position for me and it’ll happen at the right time at the appropriate place.”

When he isn’t listening to podcasts or music, Rivera likes to work out, which he’ll be doing a lot of as he pursues a physical education teaching job after he graduates in December.

He teaches classes of about 50 students who are in sixth, seventh and eighth grade.

Rivera had no plans of entering the education field until his senior year at Lake Forest High School, when he had an open period and worked as a teaching aide for various classrooms.

The genuine smiles he was welcomed with made him feel appreciated and needed, and opened his eyes to the impact he could have as a teacher.

At home, Rivera is the middle child of three brothers. His father works in Cape Henlopen School District as the supervisor of buildings and grounds, and his mom recently retired from a transportation supervisor role.

She is enjoying spending more time at home with the family’s rottweiler, Roman, he said.

Rivera hopes to start a full-time teaching job in January.

If one isn’t immediately available, he wants to find a long-term substitute position.

Wherever he is, his passion for fitness and service will follow, he said.

“Exercising just makes me feel great, and it can make others feel great too,” Rivera said. “I really just want to make an impact in any school I step into or any community that I’m surrounded by.”

Hunt is officially done taking classes for his undergraduate degree.

As he eases into his senior year, he has just his student teaching requirement left needed to graduate.

After graduating, he wants to teach second grade in a Spanish immersion school, one where he would teach English language arts and social studies, speaking in English, while another teacher would teach his students math and science, speaking in Spanish.

A product of Sussex Tech High School, Hunt is student-teaching at West Seaford Elementary School, where his mom is the cafeteria manager.

Through his mom and grandmother, he learned the value of service, he said.

Being exposed to so much education through his mom’s job, Hunt has known for a long time that he wanted to go into teaching.

“My dad is incarcerated, so that’s another motivator I have,” Hunt said. “Growing up and not having that adult male figure made me realize that I can try to be that person for the hundreds of other little kids growing up without a dad. I want them to feel like they can come talk to me about what they’re going through.”

In his free time, Hunt enjoys playing sports and spending time with his mom and little sister.

Hunt said seeing how selfless his mom and grandma were as they raised him sparked his interest in a career with people and relationships.

“He was a Black male who was by far my favorite teacher ever,” Hunt said. “That impact he had as a male, just being there and doing things he didn’t have to do, had left a lasting impact on me and that’s kind of what I try to do now for my students.”

That commitment to building relationships with students is something Hunt wants to emulate when he graduates.