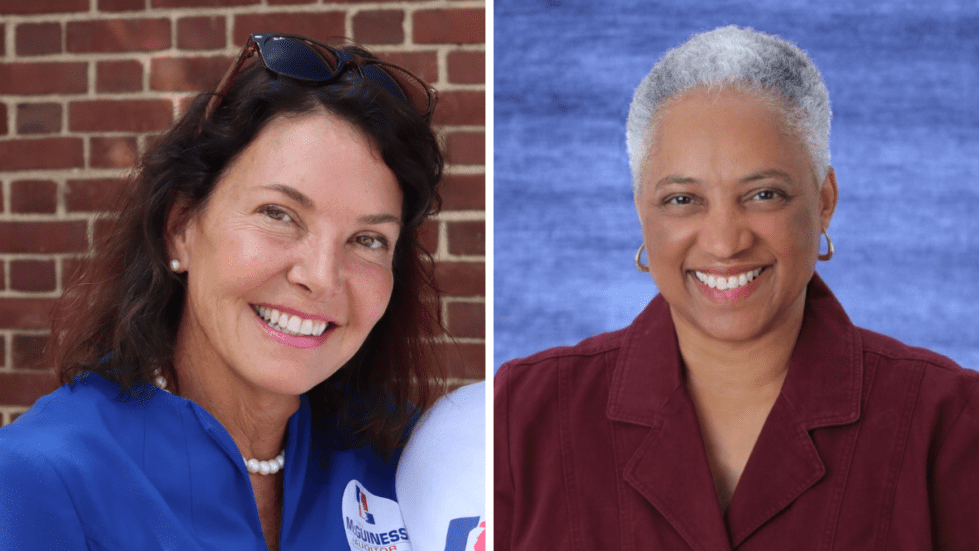 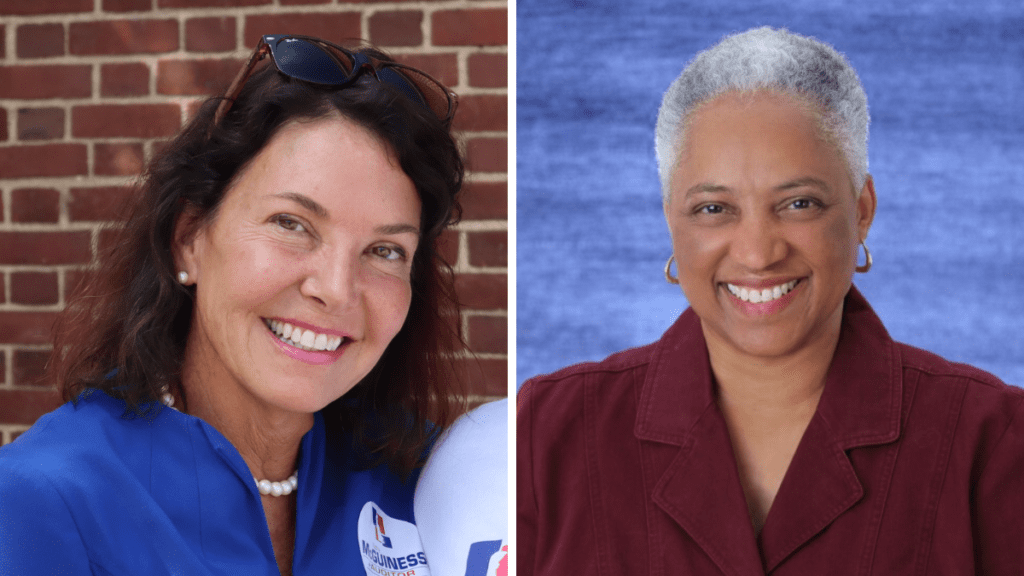 Many state and local candidates don’t have challengers from their own party, which means that in some precincts in Tuesday’s primary election, the only race on the ballot is the one between incumbent Auditor of Accounts Kathy McGuiness and her Democratic Party-endorsed opponent, Lydia York.

It’s apparent the challenge is not mobilizing folks enough to come out to the ballot box.

Asked who they voted for and why, voters familiar with McGuiness’s legal woes seemed to be supporting York.

Voters who are less involved in Delaware’s political happenings — the majority of them — seemed to be going with name recognition: McGuiness.

With York having launched a last-minute campaign that lacked much of the voter engagement Delawareans are used to, the election will likely be a test of the electorate’s sentiment for McGuiness, especially in the wake of her conviction last month.

McGuiness said if she wins, she expects state officials to continue working with her office just as they would if someone else held the position.

“That’s their job. It’s not about me,” she said. “I think people need to compartmentalize and remove personality from the equation. Whether you like someone or not, that’s just life. So I would hope they put their own personal issues or beliefs or emotions aside to serve the people.” 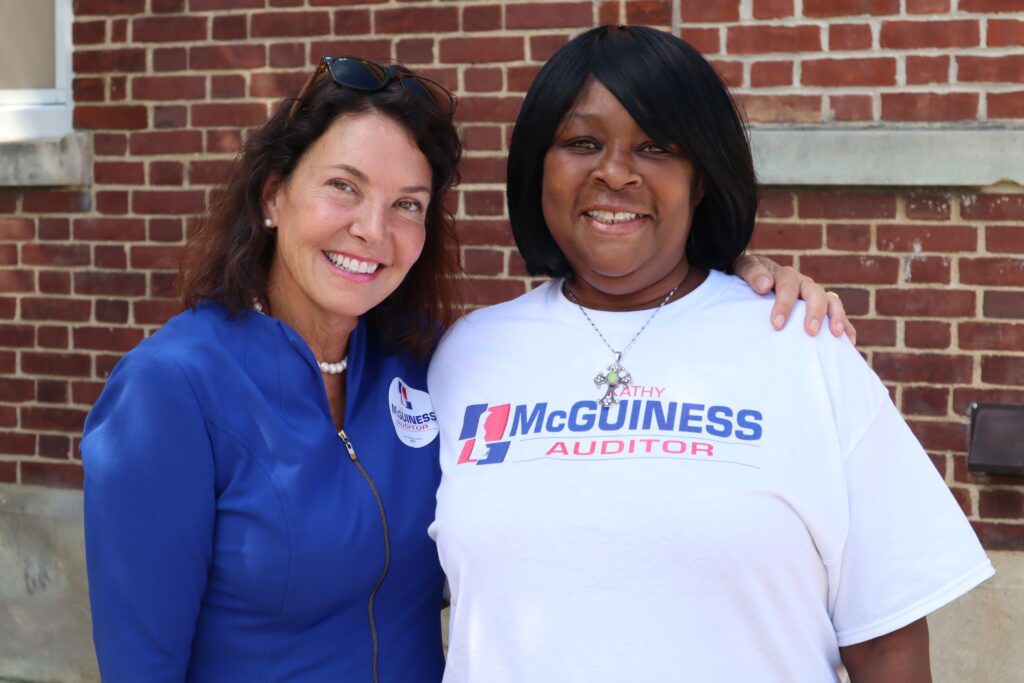 “I’m getting a lot of positive response from voters,” she said. “I think a strong handful of voters showed up with strong intentions on how they were going to vote and I’m hoping that that will work in my favor by the end of the day.”

York acknowledged that she got a late start in her campaign but said she’s worked hard to close the gap.

“We’ll find out for sure today but I hope that I’ve made some inroads in Sussex and Kent and I’ve spent the last handful of weeks in New Castle meeting folks here, especially in the city of Wilmington,” she said.

As for McGuiness’s complaints of a political prosecution, York said she thinks “elections are for the voters to decide what they’re about.”

The auditor’s race also is driving voter turnout in districts where there are primaries for other positions.

While a state House or Senate race in its own right might not be enough to make voting worth it for them, the combination of a local race with the auditor’s race raises the bar, in many cases.

“I think the auditor’s race is going to bring more people out for other races,” said Democratic House candidate Becca Cotto, who is challenging incumbent Rep. Debra Heffernan, D-Bellefonte.

Cotto is the director of Racial and Social Justice at the YWCA. 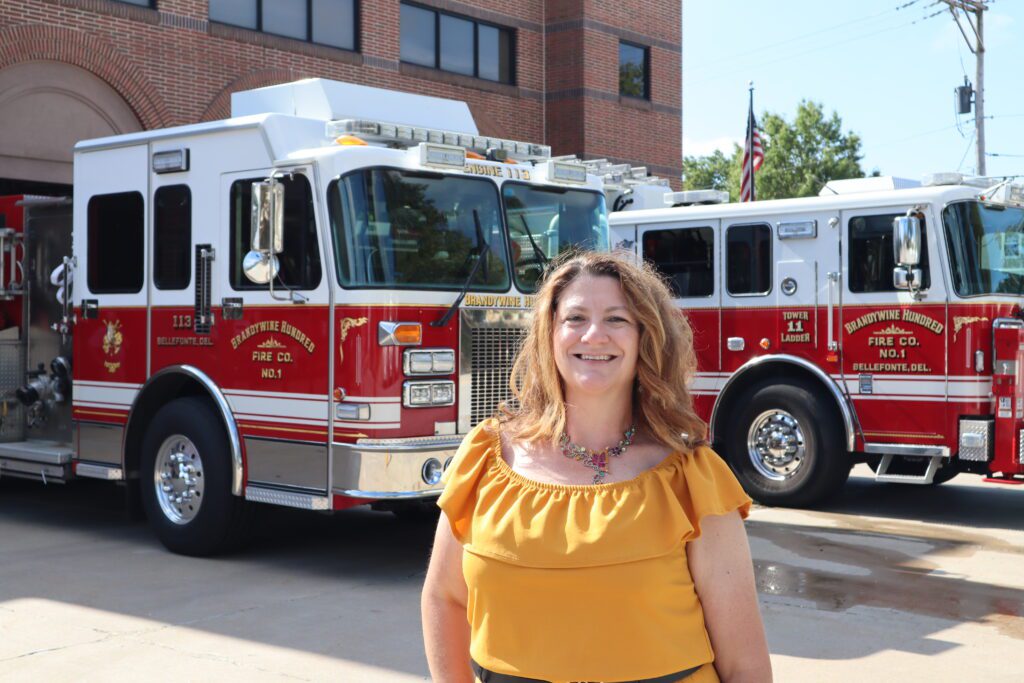 Heffernan opponent and progressive Democrat Becca Cotto said she feels sure that the district wants a change. (Charlie Megginson/Delaware LIVE)

Cotto’s campaign ran a poll and found that almost all of her supporters are voting for York. Heffernan’s voters are split “pretty much 50-50” on voting for McGuiness or York, she said. 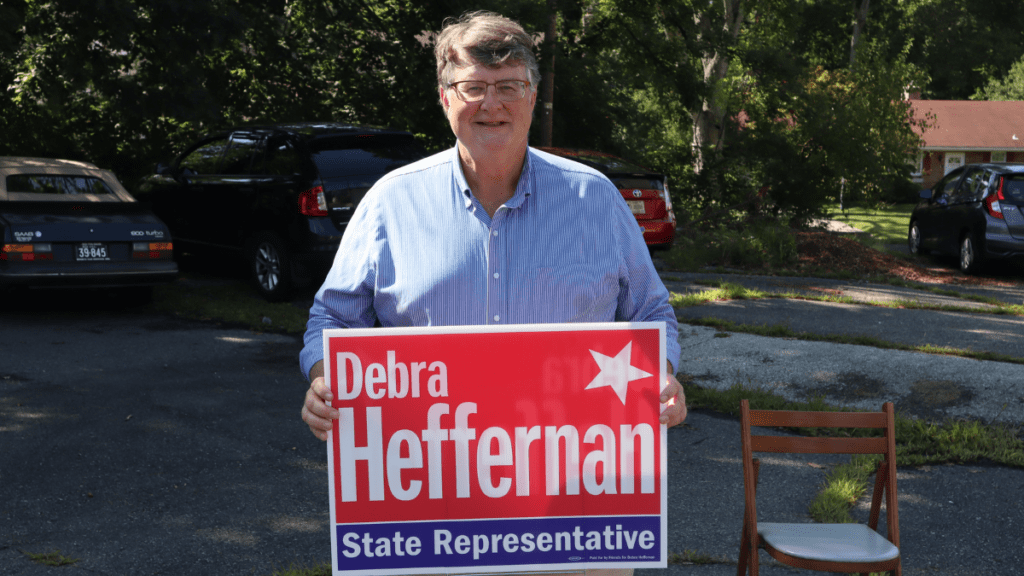 “I’m actually pretty shocked that we are confronted with a situation where we have our state auditor convicted of crimes pertaining to waste, fraud and abuse, which is the job of the office to police and curtail in Delaware,” he said.  “Yes, it’s a misdemeanor, but it is a conviction nonetheless, and she shouldn’t be running for office.”

Cartier said he hopes voters across Delaware will vote for York “so that we can restore the public trust in that office.

Even if McGuiness wins, Cartier said Gov. John Carney should use his authority to remove her from office.

“I’m looking to the governor to exercise his authority under the Constitution and remove someone from office who has betrayed the public trust,” he said.

Carney has said he will not take action until McGuiness is sentenced. 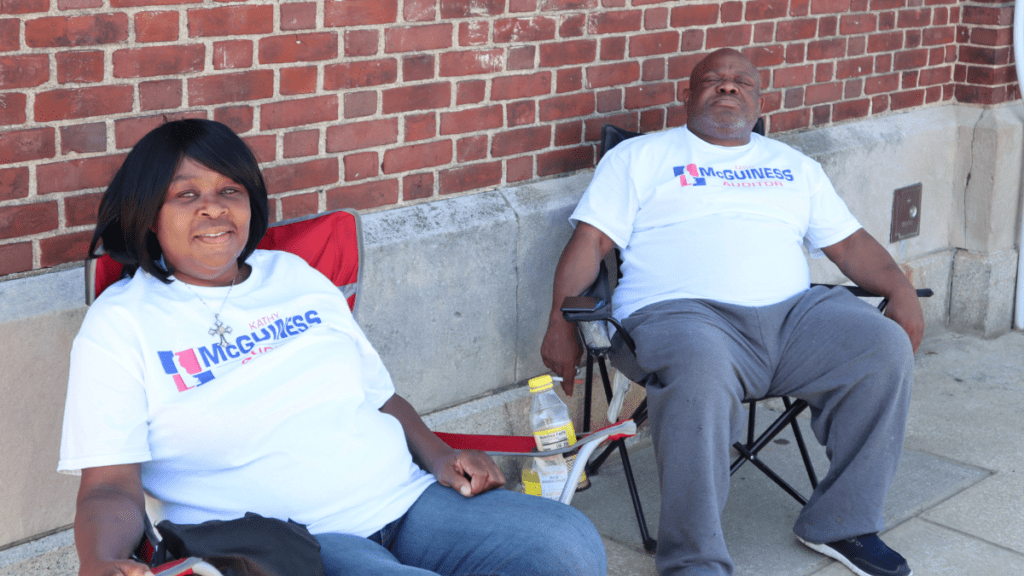 “I’m voting for McGuiness because she’s been doing a good job so far,” Ouedraogo said. “Plus, I like her smile.”

As for her legal challenges, Ouedraogo said, “that’s politics. People do that stuff all the time.”

Williams said he can’t blame McGuiness for the charges relating to hiring her daughter and letting her use a state-owned vehicle.

“That’s her daughter,” Williams said. “I would look out for my daughter too.”

“I bet the president’s kids use government vehicles, too,” Ouedraogo added.

Betsy Price and Jarek Rutz contributed to this report.