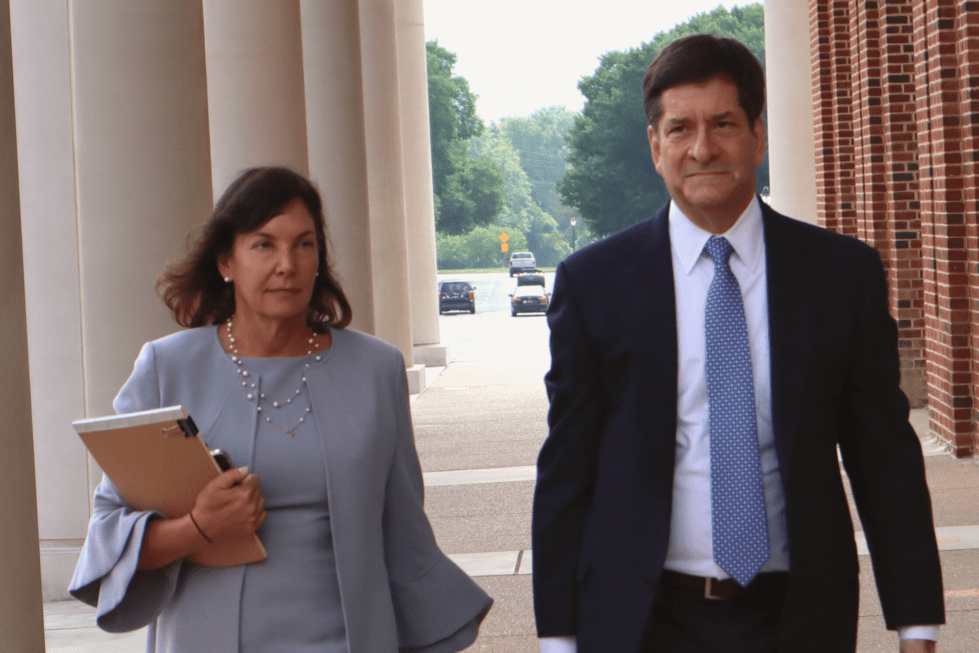 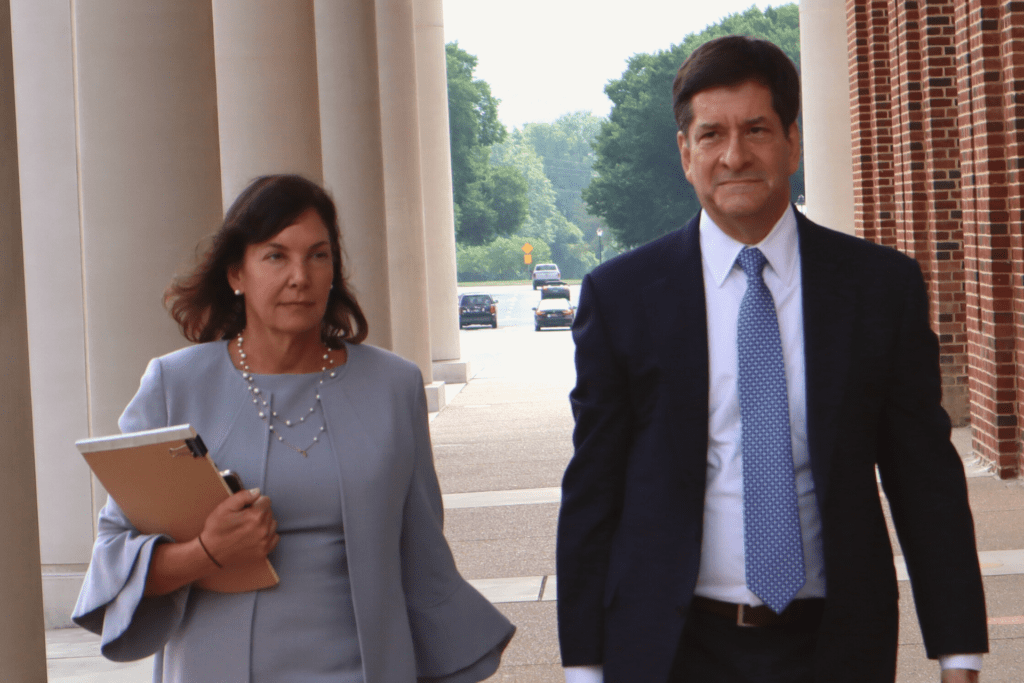 Now that both sides have rested, the jury will hear closing statements and the judge’s instructions Thursday, then begin deliberations.

Before the defense rested, Superior Court Judge William Carpenter reminded McGuiness that she had the right to testify in her own defense.

“I am confident my team has conveyed reasonable doubt, so no thank you, your honor,” McGuiness replied.

Carpenter has limited closing statements to one and a half hours per side.

Prosecutors will present their statements first, followed by the defense. The state will be allowed to offer a brief rebuttal.

The trial enters this next phase after ten days of testimony — longer than initially expected.

Most of that time was spent questioning the state’s 25 witnesses, including current and former employees, McGuiness’ family members and friends, officials from other agencies and Department of Justice investigators.

First on the witness stand Wednesday was Kyra Marshall, a former part-time employee and friend of McGuiness’ daughter, Saylar.

Marshall testified that she got the job because of her friendship with Saylar, didn’t interview for the position, drove McGuiness’ state vehicle,  earned $17.50 per hour with a weekly maximum of 29.5 hours, and “banked” her hours during the state fair so she could be paid despite working more than the weekly maximum.

While that testimony may seem damning at face value, McGuiness’ defense team hopes to show that Saylar McGuiness was treated just the same as other similarly situated employees, including Marshall.

The defense next called Lydia August, another former part-time employee who testified from home via Zoom.

Her testimony brought some levity to the trial as her puppy barked through most of the direct and cross examinations.

She said there was some confusion as to whether she resigned from the auditor’s office or was laid off.

August said she always planned on stepping down in May 2020, but personal circumstances changed and she let McGuiness know she could keep working.

On May 18, 2020, McGuiness’ chief of staff told August that because of COVID-19 there wasn’t any work for her to do and her services would no longer be needed.

August said that left her confused as to how her departure should be classified, something the Department of Labor also struggled to ascertain during subsequent unemployment proceedings.

That’s relevant because the state alleges McGuiness laid off employees to make way for Saylar McGuiness to work in the office.

Wood briefly called Robinson to the stand to ask why, in a phone interview with August, he misled her as to the purpose of his call. As he did in other calls, Robinson told August he was “just looking to see how the [part-time] workforce was utilized.”

Carpenter admonished Wood for suggesting that Robinson was lying. If Robinson had told August he was investigating McGuiness, August could have tipped McGuiness off to the investigation. Carpenter called it a “common investigative technique.”

Wood said the very fact that Robinson sought to conceal the investigation goes to show that McGuiness had no idea she was being investigated and therefore could not intimidate witnesses, as charged in Count 5 of the indictment.

She began working at the auditor’s office after her would-be supervisor unexpectedly quit, leaving Mitchell-Rogers without training or instruction.

Mitchell-Rogers said she was the person who erroneously coded a $1,950 PayPal payment to Innovate Consulting rather than My Campaign Group, something prosecutors have said is proof McGuiness was trying to conceal her payments to the companies, both owned by consultant Christie Gross.

Mitchell-Rogers said the mistake happened because she wasn’t trained yet and had only been instructed to code the purchase to the office’s consultant. Because it wasn’t specified that she should have coded it to My Campaign Group, she coded it to the company which had the most recent contract with the auditor’s office, Innovate Consulting.

Wednesday marks the tenth day of the trial.

Defense attorney Steve Wood on Tuesday asked Superior Court Judge William Carpenter to issue a judgment of acquittal on each of the five charges against McGuiness — a procedural move that’s typical for this kind of case.