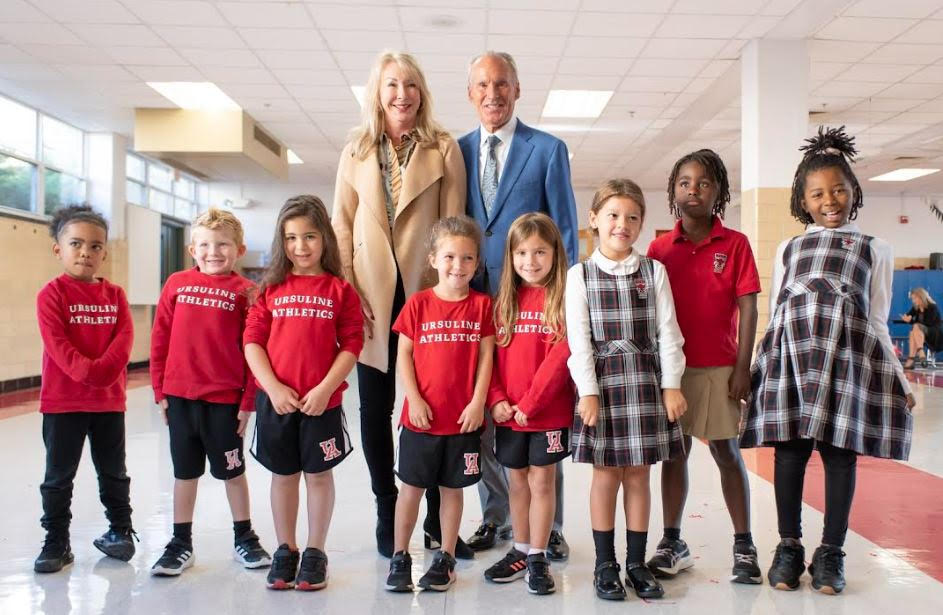 A Wilmington couple was surprised by thunderous cheers when dozens of Ursuline Academy Lower School students gathered to thank the couple for a $1.75 million donation.

Paul and Linda McConnell’s gift will be split.

The first $1.25 million will be used to create the Paul and Linda McConnell Young Scholars program, which will provide tuition assistance to low-income families in the Lower School.

The other $500,000 will expand the school’s Innovation Program into the Lower School.

That program began in 2016 with the goal of helping young women evaluate societal problems and come up with practical solutions and inventions. It can include such things as creating equipment to help handicapped people get into wheelchairs easier.

“As long-standing members of the Ursuline family, we have seen what an impact the school has had on the lives of its students and the greater community,” said Paul McConnell.

He said he’s confident the academy’s administration will turn their gift into endless opportunities for children to grow, learn, and thrive as Ursuline students.

The couple visited the school Wednesday.

“The McConnells are just incredibly generous,” she said, “and this donation will benefit our entire school community.” 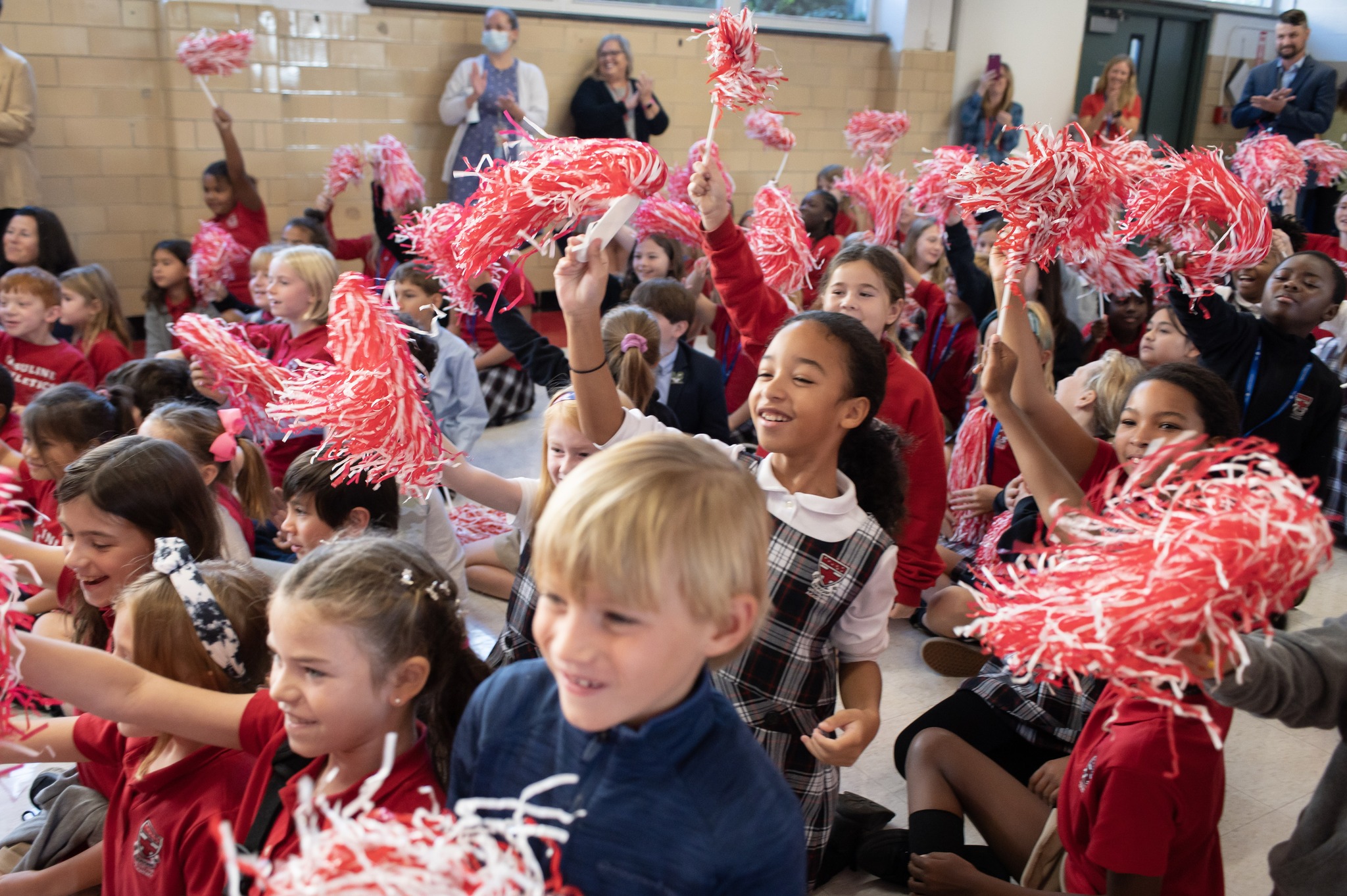 While the Lower School is open to boys and girls, the middle and upper schools are all girls.

Already, $250,000 has been used to support seven Lower School students.

While the scholarship isn’t available for the middle and upper schools, it will cover virtually all tuition the seven families would have to pay as long as their child is in the Lower School.

The donation will help the academy build their IDEA (Innovation, Design-thinking, Entrepreneurship and Activity) Lab, which also is used by  students from Salesianum School, Ursuline’s brother school.

The McConnells’ involvement with and support of Ursuline dates back three decades to when their children attended the Lower School in the 1990s and 2000s.

“Paul himself is an entrepreneur and leader and has been really passionate about building those entrepreneurial skills in students,” Medeiros said. “In 2016, they helped establish an innovation program here in our upper school, and we’ve talked with them about the benefits of the program, and their wish was to start that at an even earlier age.”

The innovation program is part of the culture of Ursuline, whose motto is “to serve.” Students are excited and dedicated to helping out those in need in a loving way, Medeiros said.

Medeiros hopes this donation will bring more Wilmington children and families into the Ursuline community.

She said Ursuline is now trying to build a relationship with St. Michael’s School and Nursery in downtown Wilmington. It is in the academy’s feeder pattern.

“Our hope is to provide access to the Ursuline education to many of our students in the Wilmington area and bring in new families from the city,” Medeiros said.

Medeiros noted that all-girls schools typically have a smaller endowment than their coed counterparts.

Ursuline’s, however, has been growing substantially, she said, calling that a testament to the culture and community they’ve built in Wilmington since its doors opened more than 130 years ago.