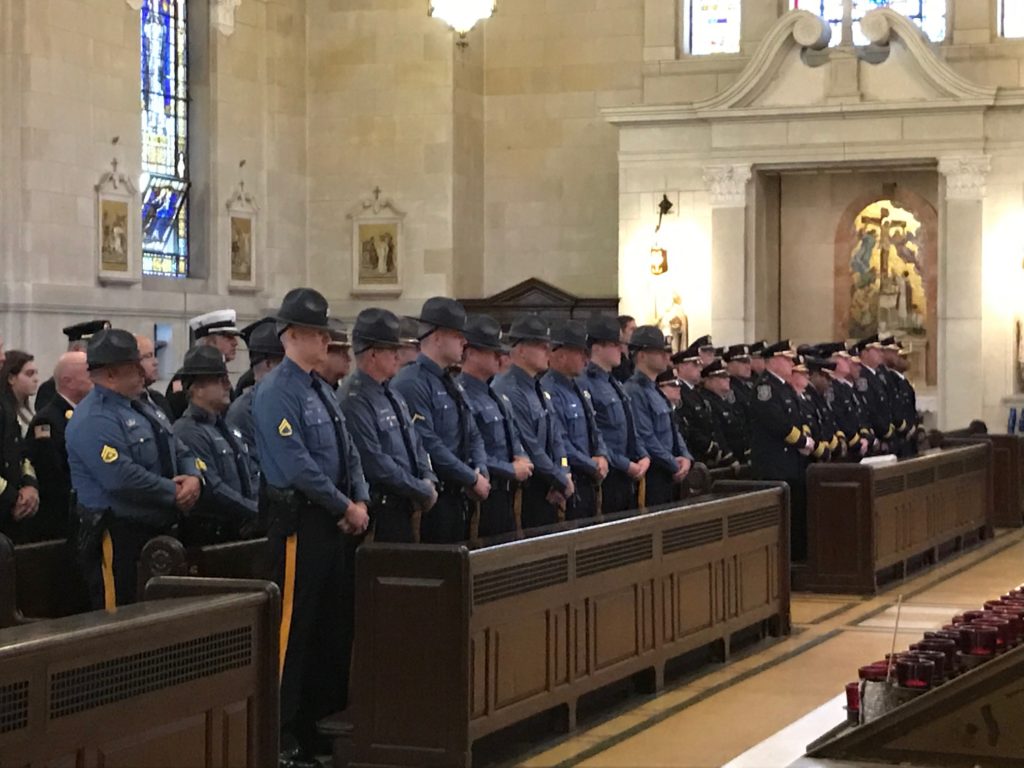 An annual Catholic Mass that honors the military and police, fire and EMS officers will be held Oct. 1.

The Catholic Diocese of Wilmington will honor police, fire, EMS and military personnel during its annual Blue Mass on Friday, Oct. 1.

The event, which begins at 11 a.m., will be held at St. Elizabeth Roman Catholic Church, located at 809 South Broom Street in Wilmington.

The Mass will be followed by a reception in Grant Hall beneath the church.

All current and retired first responders, military and members of their families are invited to attend. The Mass will also be live streamed on the Diocese of Wilmington’s YouTube channel.

The Wilmington Diocese’s new Bishop William E. Koenig will preside at the Mass and will give the homily.

While the service will be a Catholic Mass, other faiths are welcomed to attend, either in person or via YouTube, to join in prayer for those who risk their lives for public safety, the Diocese said in a press release.

A separate event for members of the legal profession will be held by the St. Thomas More Society of the Catholic Diocese of Wilmington on Oct. 3.

The Red Mass marks the beginning of the judicial year and is celebrated by judges, lawyers, law school professors, law students and government officials.

That event will be held at St. Joseph’s on the Brandywine, located at 10 Old Church Road in Greenville.