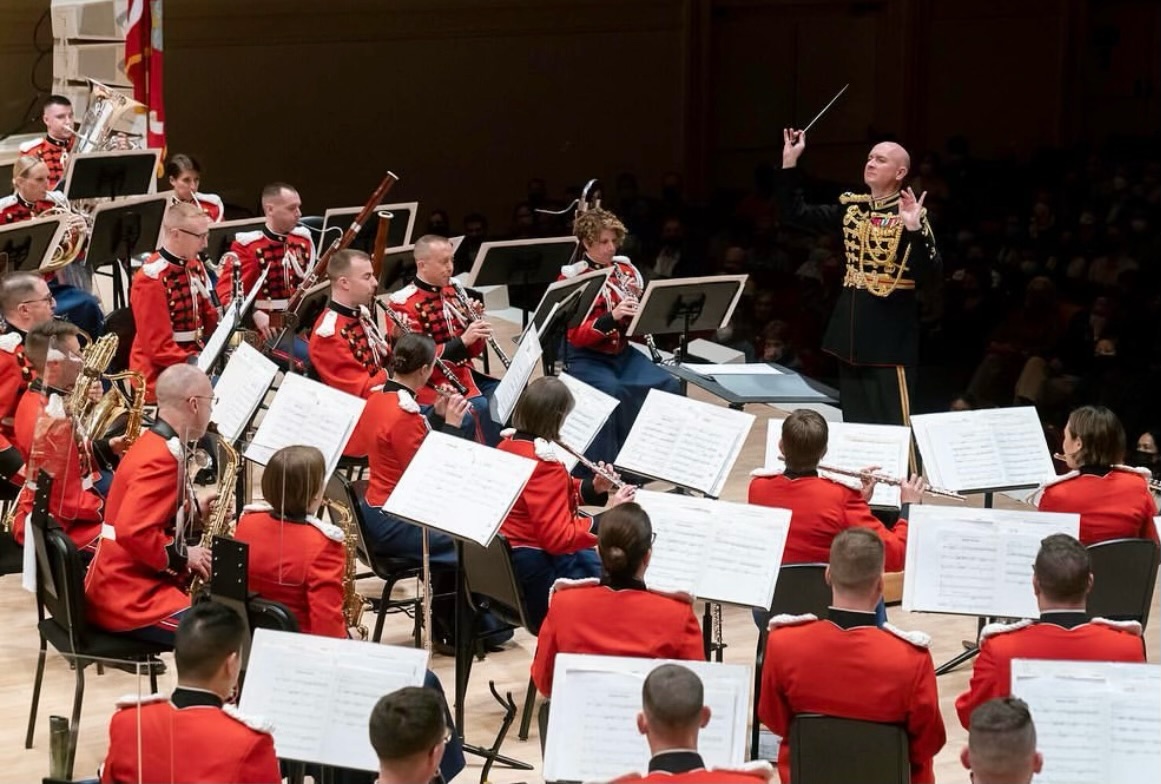 Wilmington will be getting the presidential treatment this Sunday – and we’re not talking about a Joe Jam.

“The President’s Own” U.S. Marine Band will wrap up its regional tour by performing at Mount Pleasant High School.

The 3 p.m. concert will kick off with Sousa’s March, named after John Phillip Sousa, who served as the Marine Band’s director in the late 19th century.

He initiated the concert tour tradition in 1891 after receiving permission from President Benjamin Harrison for the band to travel the country.

On Sunday, the band also will perform compositions from John Williams, who famously created music for movies such as “Jaws,” “Star Wars,” “Indiana Jones” and “Jurassic Park.”

Every five years, the band goes to a different region in America. This year, it’s the Northeast.

Col. Jason Fettig, who has directed the Marine Band since 2001, said he tries to pay homage to popular composers of the region the band is touring.

Col. Jason Fettig has been the U.S. Marine Band’s director since 2001.

“One of the other pieces that we’ll play is a piece by the American composer Charles Ives, who actually grew up in Connecticut,” Fettig said, “and so that’s one of those local pieces that I tried to include from a Northeast composer that we can all appreciate being from this area of the country.”

There will also be songs from the Great American Songbook and an extended saxophone solo.

“Every concert feels like a special event because these are performances for people who don’t have a chance to hear the President’s Band live unless they come to Washington,” he said, “and these are special because we’re visiting their communities and have a chance to interact with the citizens and students of these towns and cities.”

Although the band numbers 155 people, only 70 the tour. The other half stays in Washington to  perform for presidential events or concerts.

The band will finish its tour this month with more than 2,800 miles traveled to perform in 27 different cities and 10 states.

There is stiff competition for musicians looking to join.

In a given year, there are usually 150 people competing for a single spot in the band, Fettig said.

Those that get in, stay in.

“Over 70% of the people who join the band stay for 20 years or more,” Fettig said. “I joined the band as a clarinetist in 1997, and I never in a million years could have imagined that I would someday be standing in the same shoes that John Philip Sousa once stood in.”

The camaraderie between the musicians and thee passion for music has made Fettig’s 22-year run as band director an adventure and an opportunity, he said,

Each show is about  two hours long.

“That sounds like a long time but when you’re in that community enjoying the great music of the band, it goes by in a flash,” he said. “The audiences have been  marvelous, just so enthusiastic and so excited to come together as a community to appreciate music.”

Free tickets are available online, with a limit of four per person. Seating is general admission and attendees must be seated by 2:45 p.m. or their seats will be released to the people in the standby line.

To get tickets and more information on the  Marine Band’s penultimate tour performance in Wilmington, click here.