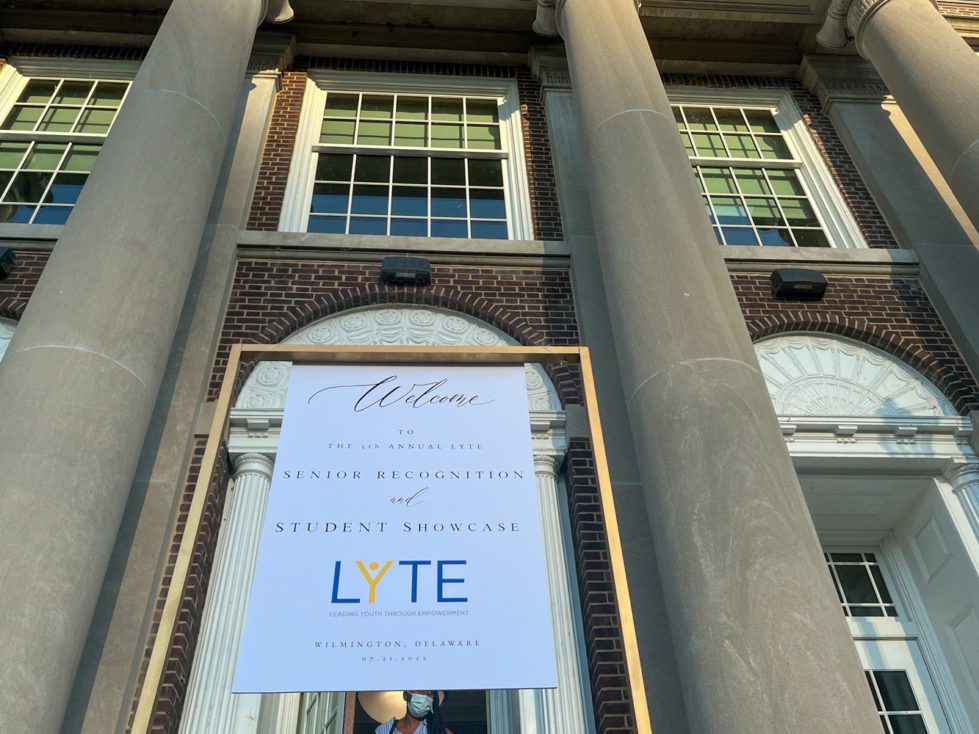 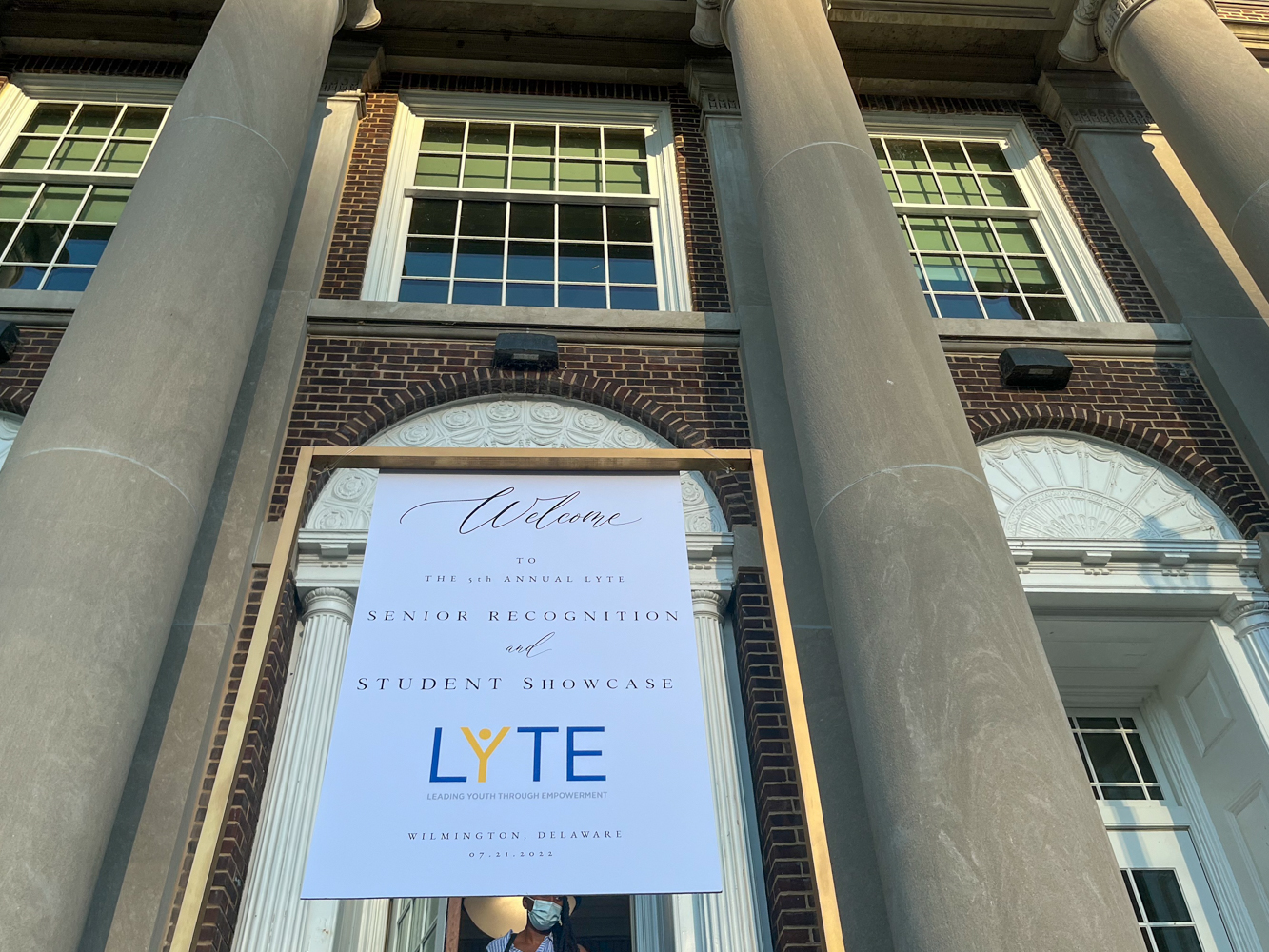 Leading Youth Through Empowerment, referred to as LYTE, is an organization aimed at increasing educational access for low-income students through personal mentoring, rigorous lessons, and leadership opportunities.

Students enroll during seventh grade and continue with the program until they walk across the graduation stage.

And LYTE has made sure they do just that.

The program has enrolled more than 500 underserved children from more than 30 schools throughout Delaware and has a perfect 100% high school graduation rate among its students.

According to the University of Illinois College of Education, underserved students are defined as students who do not receive equitable resources as other students in the academic pipeline.

Typically, these groups of students include low-income, underrepresented racial or ethnic minorities and first generation students.

In 2022, 99% of LYTE’s graduates made plans to attend college or university. That number dipped from 100% because one graduate joined the military.

“LYTE has instilled knowledge and skills in me that I didn’t even know were there, along with the opportunities I didn’t think were possible,” said graduate Fanta Barry. “The practice, the constant pushing to go further – it all played a role in how I am today and where I’m going.”

Barry plans to attend the University of Delaware this fall to pursue a degree in finance.

LYTE helped broaden her mind and expand her worldview, she said.

There were 34 students in this year’s graduating class, which is the fifth cohort of graduates.

“I’ve definitely learned to understand the value of education and just the grind that’s needed with it,” said graduate Kenny Norwood. “Because it’s tough at times, but putting in extra work — an extra 30 minutes or hour, it’s really all worth it.”

It wasn’t just the academics that stuck with Norwood.

“Since this is a free nonprofit organization that really helps underserved students, it’s amazing,” he said. “It really inspires me to go out and serve my community.”

Norwood will attend Trinity College in Connecticut this fall to pursue a degree in political science.

Also at the graduation, the program’s middle school students put on a showcase of their group projects, which were to create displays about different types of activism.

Some of the displays addressed combating climate change, bullying and police brutality. 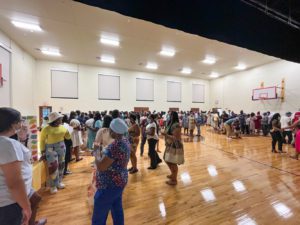 Parents of LYTE scholars packed the Howard gym for the middle school showcase. 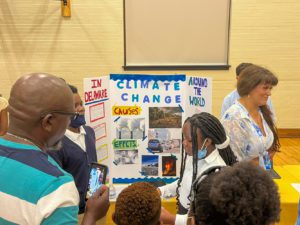 A group of LYTE middle schoolers present their climate change display at this year’s showcase.

LYTE’s programming is broken up into three categories: middle school, freshman and sophomore year, and junior and senior year.

Here’s some of what LYTE offers the students during these three stages:

The structure of programming is something that was crucial to graduate Darius Balakye.

“LYTE has taught me to never go through something without a plan, and no matter what you do, make sure you sit down and think it through,” Balakye said. “Lay out the steps on what you want to do, because if you have a dream without a plan, it’s just a dream.”

He said that LYTE helped him structure the latter years of his primary schooling, which was “half the battle” of staying on track to graduate.

Balakye will also be a Blue Hen in the fall, as he’s attending the University of Delaware to major in health sciences with a concentration in pre-physician assistant studies.

“I would not be anywhere near where I am right now if it weren’t for LYTE,” he said.

LYTE was founded in 2013 when Ankur Arya, then a teacher at Thomas Edison Charter School, wanted to do something for his students who reside mostly in disadvantaged, crime-ridden neighborhoods in Wilmington.

Arya said he began the LYTE program in 2013 with just 10 students, “with the core belief that academic success is the foundation to life and foundational to lifelong success.”

That group graduated in 2018, in LYTE’s first graduation, and Ankur expects many more years of ceremonies, as the program has ballooned to include hundreds of students.

“Our biggest partners are the schools, and we really picture ourselves as an additional resource to them,” Ankur said. “Whether it’s helping students in the process of selecting classes or helping them transition from school to school, we really have a great relationship with the schools and their counselors and principals.”

LYTE is funded through its partner schools.

“We never ask for money when we really start out with the school, but they see the value over time and then opt to contribute,” said Sean Boyd, director of development and finance. “We have got hundreds of thousands of dollars from schools and districts.”

And even though the organization has turned into something bigger and more impactful than anybody had imagined, Boyd is ready to see it go a step further.

“LYTE is the best kept secret in Delaware, and we need to change that,” he said.