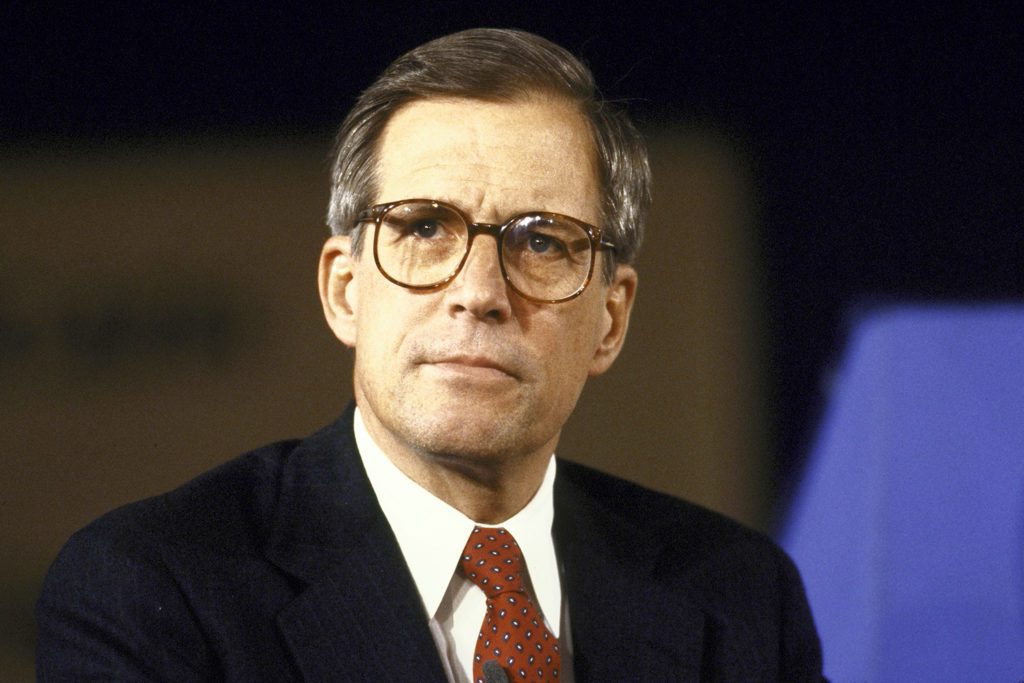 A memorial service for former Congressman and Delaware Governor Pete du Pont will be held Friday in Wilmington.

The public event, promoted as a celebration of du Pont’s life and legacy, will begin at 2 p.m. at The Playhouse on Rodney Square.

A reception will follow from 3 to 5 p.m. in the Gold Ballroom of the Hotel du Pont.

While it’s too late to register to attend the memorial in person, a virtual option is available at this link.

The eulogy will be delivered by columnist, author and commentator George Will. Other speakers will include Gov. John Carney, Rev. Ruth Beresford and members of du Pont’s family.

“It is hard to say goodbye to a remarkable man,” said Glenn Kenton, du Pont’s former secretary of state, in a press release. “He served his state and his country in countless ways. He left Delaware a better place than he found it. He fostered expansive growth and changed laws and systems that created a legacy in this state that continues to this day.”

du Pont was a lifelong Republican who served as a state legislator, member of Congress, presidential candidate, commentator and columnist. He served as governor from 1977 to 1985.

He advocated for less government regulation and policies that expanded the economy and believed decisions should be made at businesses or homes, not by government. During his term in office,  JP Morgan Chase, Citicorp and MBNA were among the banks that came to Delaware, bringing thousands of financial service jobs.

In turn, their contributions strengthened the real estate market, as well as community and nonprofit organizations.

His 1988 Republican presidential nomination employed a “Damn Right” motto that colored political debate for the next two decades.

After he left politics, he was a commentator on television, radio and in print media, pushing for the same issues he championed in office.

Will is a libertarian-conservative political commentator and author. He writes for The Washington Post and appears on NBC News and MSNBC. He won the Pulitzer Prize for Commentary in 1977.

To learn more about Governor du Pont’s life and legacy, visit this link.