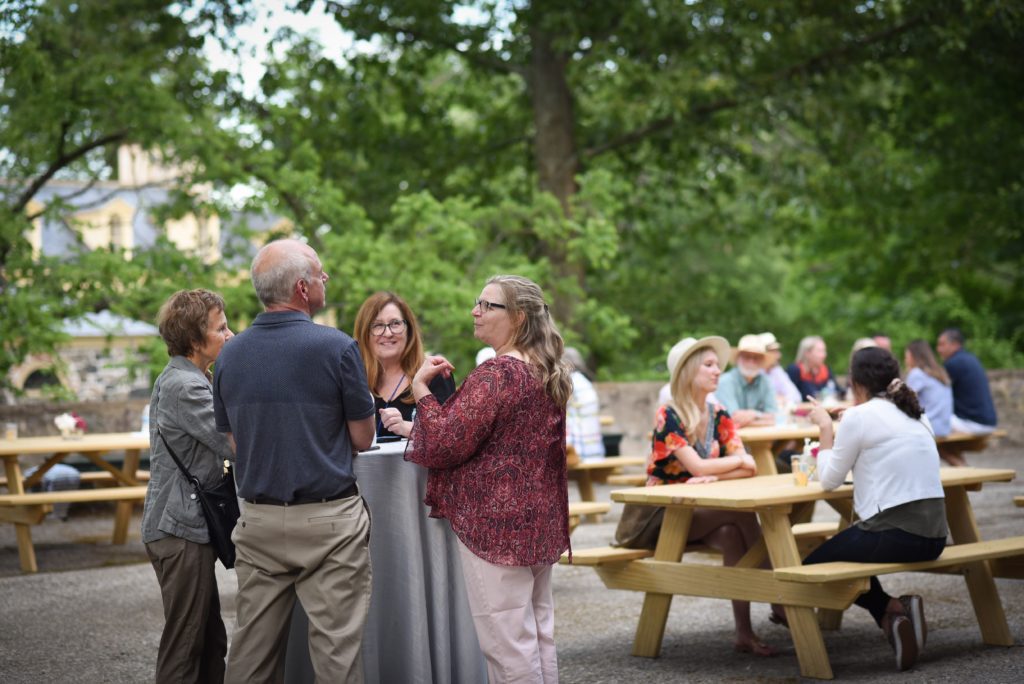 Hagley Museum’s Alfresco dining nights on Thursdays in May will include a variety of cuisines. Photo by Kerry Harrison.

You would expect to see 19th century tools and the du Pont ancestral home and gardens at Hagley Museum and Library, the birthplace of Eleuthère Irénée du Pont’s gunpowder works.

Flatbread and couscous, however, may come as a surprise.

The Middle Eastern dishes are part of Hagley Alfresco, a series of four after-hours events held from 5 p.m. to 7: 30 p.m. on Thursdays.

On May 12, Le Cavalier will “pop up” on the grounds, located beside the Brandywine River. Goobers Diner is the featured restaurant on May 26.

“You can come and bring a blanket or chair and enjoy the gardens, or you can purchase the deluxe package, which includes admission, the light bite and the drink of your choice.” she saoid.

The first is a $5 general admission ticket, and you can purchase drinks a la carte. However, food is not available with this option since the preparation is based on prepaid orders.

The deluxe package is $30 and includes admission.

For the May 12 event, Le Cavalier’s chef, Tyler Akin, has created a menu with a choice of shawarma chicken brochette or mushroom brochette. (A brochette is a skewer for grilled chunks of meat or vegetables.)

Grilling is always a good show, he said. “And we are all itching to get started [doing it] before white pants season.”

The chicken comes with a harissa-chili crisp, and the mushroom is accompanied by a pine nut tarator, a sauce.

“The menu is all about the profusion of North African street food in Parisian takeaways and bistro,” Akin explained. “So, we look to things like spicy and zesty harissa, tart Middle Eastern barberries, flatbreads and deep and earthy tarator sauce — made with pureed pine nuts and tahini — to evoke this exciting trend in French cuisine.”

The first alfresco event on April 28, which featured Jamestown Catering’s cuisine, was on a chilly evening, so Hagley placed heaters in a tent with sides.

“In cases of extreme weather, we would call it off,” Jury acknowledged. “But knock on wood, we won’t have to do that.”

The dining series is on a roster of after-hours events that turn the museum into a community gathering spot. Up next: Bike & Hikes & Brews, from 5 p.m. to 8 p.m. on Wednesdays in summer.

For the May alfresco events, purchase tickets in advance on EventBrite.

Hagley is continuing to recover from the destruction caused by the remnants of Hurricane Ida in September 2021.

A week ago, it was able to reopen the powder works to the public.

A decision has not yet been made about when to open Hagley’s new permanent exhibit, “Nation of Inventors,” to the public. It had been set for a few days after Ida.

Jury said a new date is expected to be announced soon.