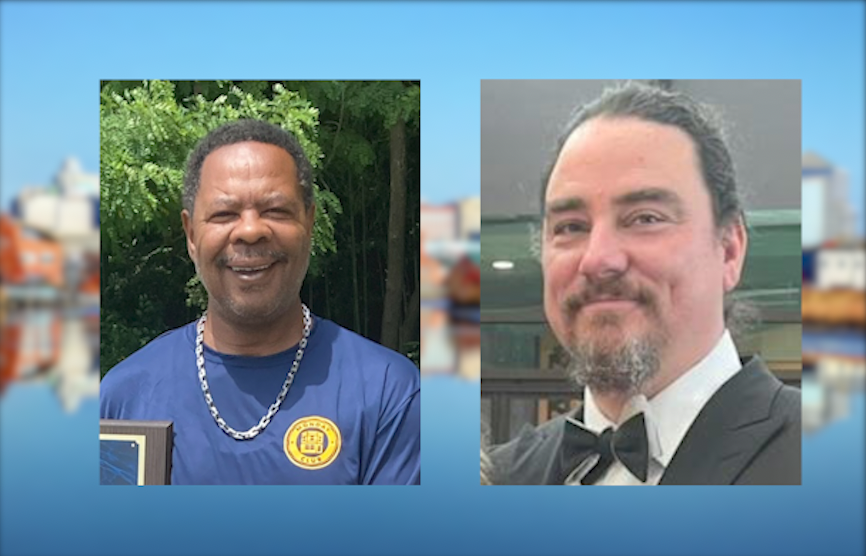 Venter Wright (left) and Chris Kenny have been named “Men of the Year” at the Monday Club’s 126th annual ball.

Wilmington businessman Chris Kenny and longshoreman Venter Wright were each named “Man of the Year” by the Monday Club.

That organization was created in 1876 to give Black men a place to gather, socialize and support one another and the community.

“I’m truly humbled and honored to receive this award from such a historic organization and distinguished group of gentlemen,” said Kenny.

Wright said the award means a lot to him, and he’s honored to be recognized as an influential club member.

The men were given the award Saturday at Monday Club’s 126th annual ball at the Chase Center on the Riverfront in Wilmington.

Kenny is the chief executive officer of area ShopRite stores and owns Delaware LIVE News and A Better Delaware.

Wright retired after working as an assembler at General Motors for 30 years. He now is a longshoreman, working as a forklift operator for Local 1694 in Wilmington. 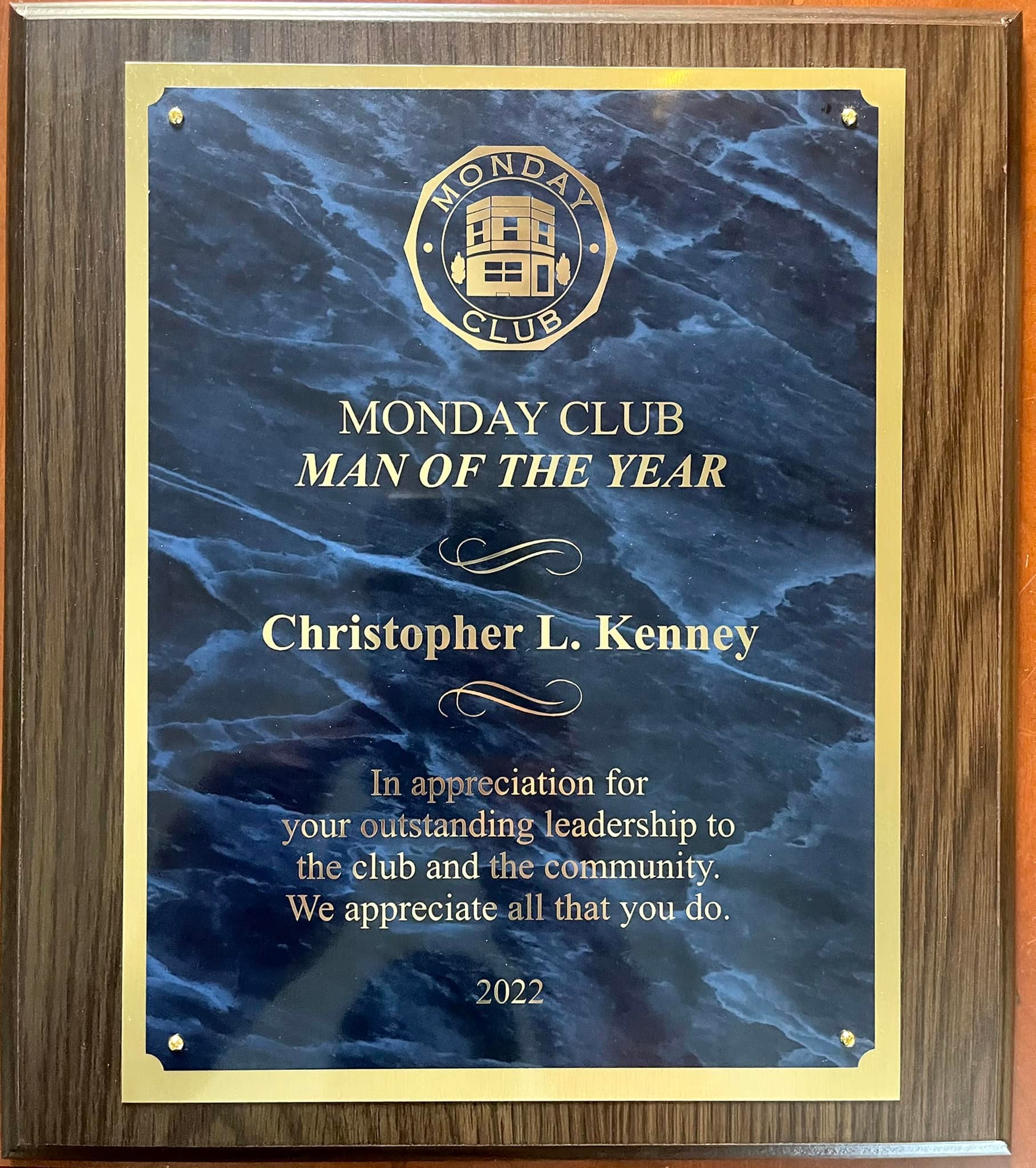 The Monday Club has named Chris Kenny and Venter Wright their 2022 Men of the Year.

Kenny was honored for his philanthropic work and charitable donations to the Monday Club, said Kendall Mobley, chairman of this year’s ball and former president of the Monday Club for eight years.

“He’s just never, never willing to say ‘no’ to any kind of upgrades that we have or need in our club,” he said. “If I ask him for any kind of helping hand with any kind of project that we are trying to do, Chris just simply steps up and says ‘I’ll do it’.”

Wright, who’s been a member of the Monday Club for almost 22 years, was honored for his innovation during the pandemic in bringing together the community.

“During the pandemic, things weren’t going too well for the club,” said Wright, “so I thought of what I could do to improve everyone’s experience during such a rough time.”

Enter the gridiron and pigskin.

During the NFL season, Wright formed a football club where everyone, not just members, can gather in the club and watch Sunday’s slate of games.

“I formed teams with the club’s members and every Sunday a team would bring a boatload of food to the club and invite the public in to watch the games and eat the free food,” he said.

Kenny, who’s been a club member for almost five years, appreciates the community hub that has forged.

“I love going to the club and enjoying the camaraderie amongst my brothers,” said Kenny. “Chilling out in the cigar lounge or attending an event is always very relaxed and welcoming, and of course, the food is always home cooked and delicious.”

He has financed refrigeration equipment and furniture. He also has sponsored the Monday Club’s events, such as its annual turkey giveaway during the week of Thanksgiving.

“Chris has really just been available whenever we were in need,” said Mobley. “Whether he fixes things himself or knows someone who can fix a problem, he always gets it done.”

Mobley, who’s been with the Monday Club since 2007, said Kenny is the second white man to win the award. Francis Murphy, a trial attorney, won the award in the 90s.

“We have gotten away from being just a Black males club,” said Mobley. “We are just a males club now and we want any person that has the same vision and the same goals as the Monday Club to become a member.”

In the past decade, the club has awarded more than $80,000 in academic scholarships to Delaware students attending a four-year college or university.

The club also adopts three to five families each year for Christmas and makes sure those families have gifts during the holiday season.

In addition to sponsoring teams and events upon request from community members, the Monday Club annually sponsors a little league baseball and basketball team.

The club uses money raised from its annual ball to fund their initiatives and sponsorship efforts.

Although there was no ball the past two years because of the pandemic, the Monday Club was still able to give away 10 academic scholarships of $1,500 each to rising college freshmen.

Their philanthropic efforts cost more than $3,500 this past year.

“That was incredibly impressive to give away those scholarships even without holding the event that provides most of our money,” said Mobley.

The historic club started in the early 1870s when Black men would meet at the French Street Hotel for a few drinks on their day off, which was Monday.

Many of them were laborers or worked as butlers, cooks, coachmen, janitors or chauffeurs for the wealthy people in Wilmington and surrounding suburbs.

“Black men would gather at the club and talk about how they could position themselves in the community to help those around them,” said Mobley. “They also discussed how they could …  uplift each other as minorities.” .

Wright is gleaming with pride, as he’s dedicated over two decades of his life supporting and working with the club.

“Monday Club has been a real outlet for me when I want to be around positive men and do positive things for the community,” he said. “It’s a nice place to gather and have some knowledgeable friends around you where you can learn about different cultures and different things in life, period.”