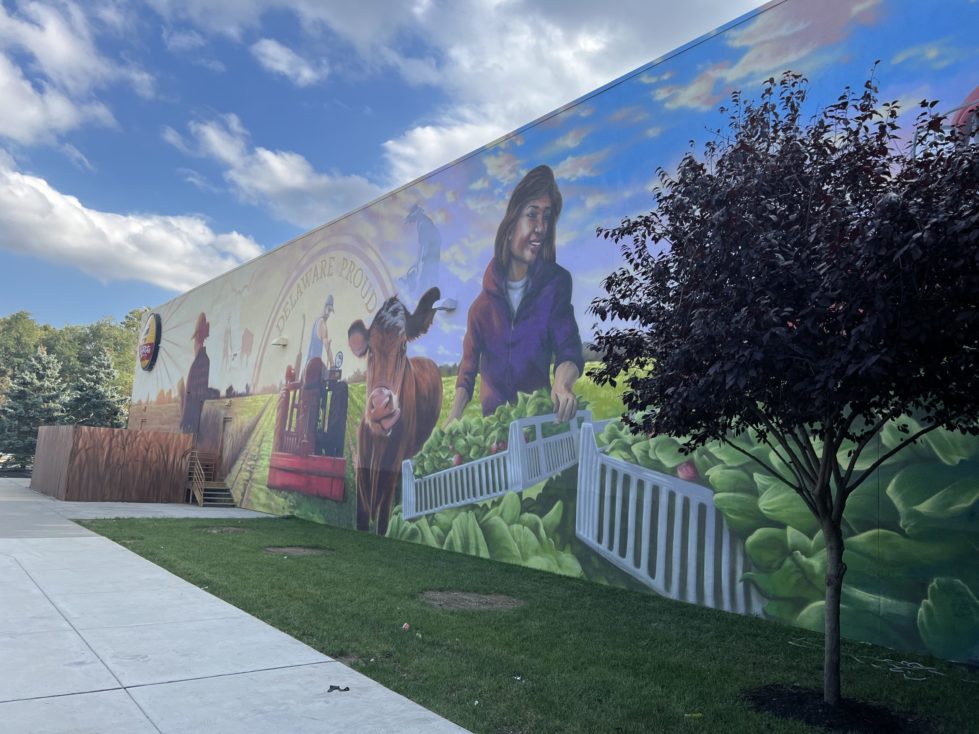 Kenny Family ShopRite Stores of Delaware will celebrate their 25th year in business by unveiling a new mural at their Stanton location.

The ribbon-cutting will begin at 10:30 a.m. on Wednesday, Nov. 10. at the Stanton ShopRite, 1600 W. Newport Pike. It The will kick off a series of giveaways and promotions throughout the holiday season for customers and employees.

“The mural is inspired by Delaware’s diverse farm community that has provided Kenny Family ShopRites with locally sourced food products since the company was established by founder Bernie Kenny in 1995,” the supermarket chain said in a press release.

The DART Stuff the Bus Food Drive will attend the event between 9 a.m. and 4 p.m., collecting non-perishable food donations for those in need.