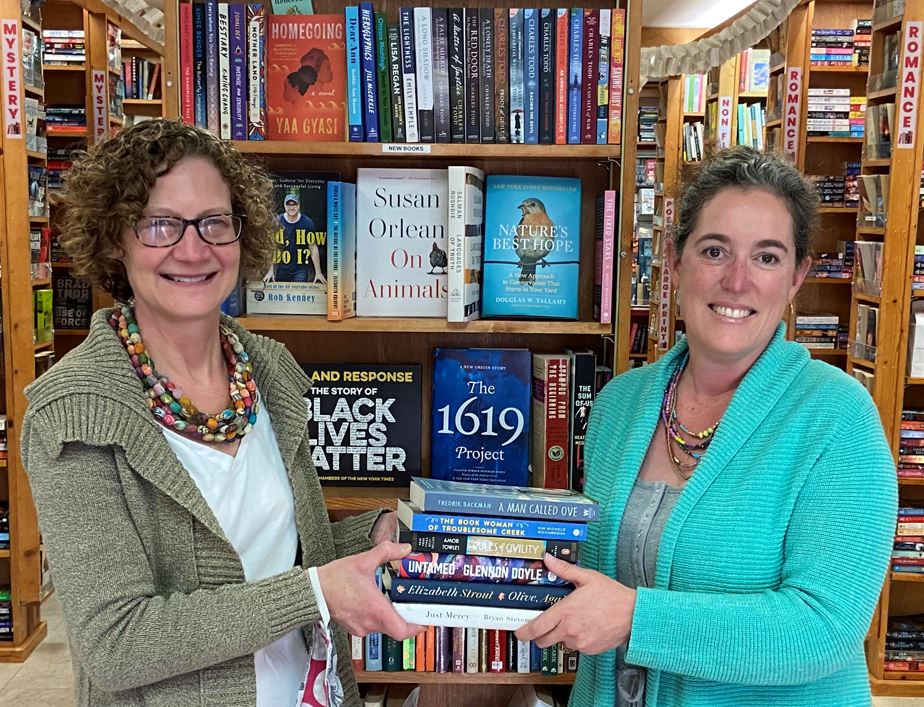 A Kennett Square bibliophile upset that the Hockessin BookShelf was closing now owns the store.

Already among the independent book store’s clients and fierce fans, Jen Blab has spent a good chunk of her life managing book stores or working in libraries, so the idea of buying one wasn’t far-fetched.

She was shocked in October when Rebecca Dowling announced she was closing the store to move to California.

After talking it over and doing some research, they signed the sale papers the day before Thanksgiving.

“It’s just an important thing to have here, and we made it work,” she said. “I think that independent bookstores are making a comeback. There’s one in Kennett now. There are plenty of people who don’t want to shop Amazon for books. I think we have a very loyal customer base here at the store.”

She cites Harvard University professor Ryan Raffaelli as saying the independent bookstore is alive and well.

“Indies are on the rebound,” she quoted him as saying. “The American Booksellers Association reported sales among its members grew an average of 5% year-over-year in 2018.”

Blab has been meeting customers as Dowling helps her transition into the job.

“There’s just such an outpouring of support,” she said. “They want to keep the store open.”

Blab has been a lifelong reader. Her father was in the Air Force and the family moved every other year or so.

“I just took solace in books. I read a lot because I was alone a lot. I was an only child,” she said. “I have for as long as I can remember been a reader.”

She earned a degree in English from Auburn University, a school she and her best friend chose when her father was stationed in Montgomery, Alabama, even though they moved a couple of times afterwards.

“My friend went to West Point,”  she said. “I followed the plan.”

Blab went on to manage a Bookland in Birmingham, Alabama, and later become a librarian at the Medical Library at Duke University, where she left as head of the acquisitions department.

After time out to raise her son and daughter, she returned to work three years ago at the Kennett Library.

She plans to change little about the BookShelf, located at 7179 Lancaster Pike, which opened in 2002.

Like Delaware, she said in her press release, “The BookShelf, with 826 square feet of inventory space, is a small wonder. We stock a little bit of everything with a large selection fiction, mystery, romance and children’s books. We also carry book-themed gift items like puzzles, games, and mugs.”

Blab plans to continue the store’s many partnerships, including its book clubs, events with authors, community events such as its summer storytime for children at Woodside Creamery and Cookbook Club with Delaware Nature Society at Ashland Nature Center, and collaborations with teachers and schools.  She also will continue the store’s used book policy, which allows readers to trade in books toward credit on others.

Once she gets her feet on the ground, Blab hopes to find others to partner with, too.

“One thing I’m doing is bringing in greeting cards because I love to write letters and I have an addiction to buying cards,” she said. “So I want to have those in the store.”

Blab believes she knows the reason for the store’s success.

“The Hockessin BookShelf has become much more than a store,” says Blab.  “It is a community, connecting authors and readers, and readers of all ages and tastes with each other.”

She has no plans to change that.