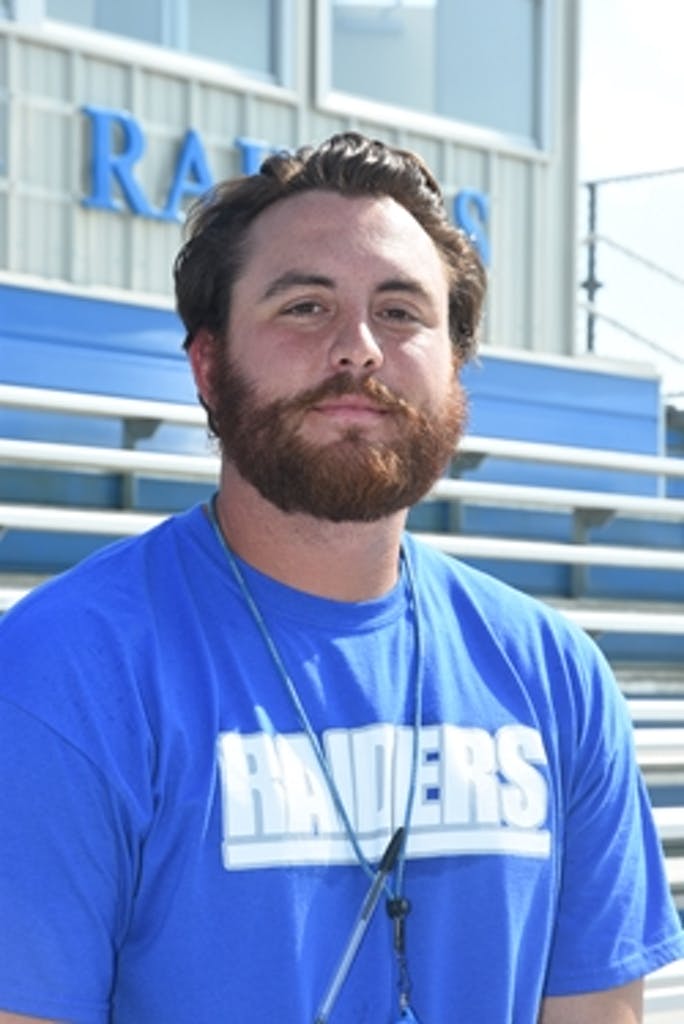 Jed Bell has stepped down as head football coach at Woodbridge High School after two seasons. Bell, who also served as the Dean of Students, has accepted an administrative position in the Seaford School District. The change will go into effect July 1.

“It was a tough decision and it was really tough to tell the players, we have built a family atmosphere here with the Woodbridge football program and it was hard to say goodbye” Bell said.

Upon returning to Woodbridge he was hired as an assistant football coach under Ed Manlove. Bell eventually became the defensive coordinator and in 2016 the Blue Raiders won their first DIAA Division II football state championship. They would repeat that feat again in 2018.

After the 2018 season Manlove set off to retirement in South Carolina. Bell would be named head coach of the Woodbridge football team. In his first season as head coach Bell led the Blue Raiders back to the state championship where they lost a heartbreaking game to Howard 16-15.

Bell’s second season as head coach was extremely trying as Covid-19 caused a delay to the fall sports season in Delaware. For Bell and his Blue Raiders it was even more difficult as Covid cases in the school and community began to rise. The athletic teams at Woodbridge went into a Covid quarantine for two weeks. The Blue Raiders were able to reschedule one of the lost games during the quarantine and finish the season with a 5-0 record and qualify for the Division II state tournament.

The Blue Raiders would be ousted from the state tournament in the semi final round suffering a 31-22 loss to Archmere Academy.

“Once you head down the administrative path your time on the sideline is basically done, but I had to make a decision about my professional career and my family,” Bell said.

Bell had a 16-3 record as the Blue Raiders head coach taking his team to the state tournament both years finishing second in 2019.

Bell said he will continue his role with the 4Troy Foundation in honor of his former quarterback Troy Haynes who passed away from cancer in 2019 at the age of 19.

Bell will assume the role of vice-principal at Seaford Middle School effective July 1. Bell is married to his wife Elise and they have two young daughters.