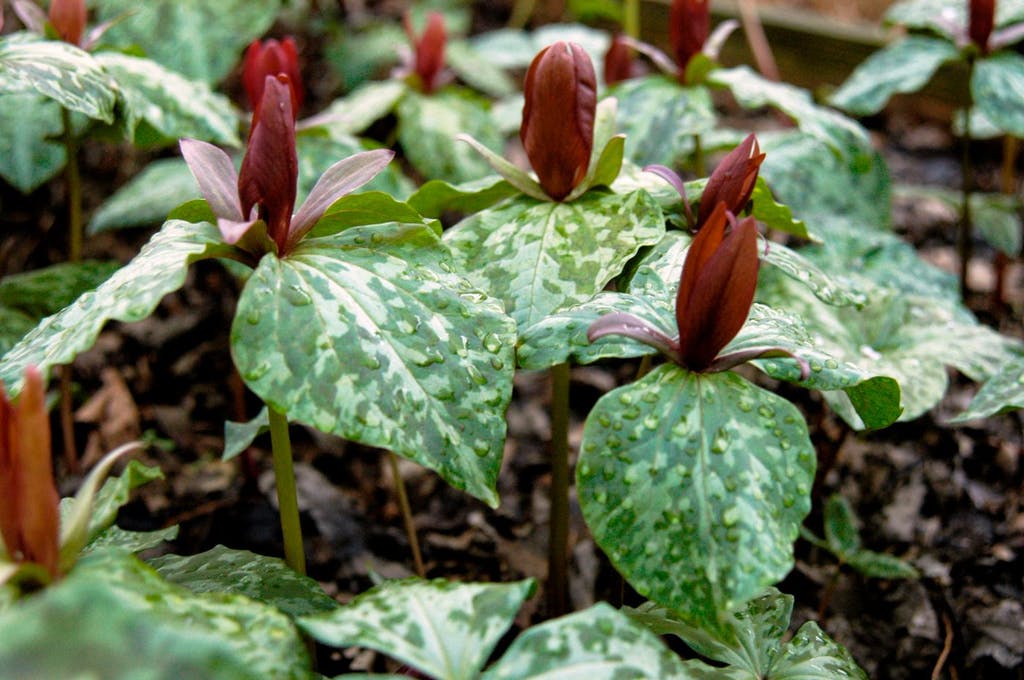 Native plants such as this trillium cuneatum from Mt. Cuba Center fosters multiple levels of biodiversity.

You don’t have to rip up your tulips and daffodils to comply with a new Delaware law outlawing 37 invasive plants, but you could help the state’s biodiversity by picking up a native plant every time you head to the nursery.

“If you do that periodically, you’ll end up with a hybrid garden,” said Jeff Downing, the executive director of Mt. Cuba Center, a botanical garden in Hockessin that spotlights native plant conservation and education.

Most of the 37 invasive plants and their seeds banned by Senate Bill 22  from being imported, exported, bought, sold, transported, distributed or propagated in Delaware are on the list to protect local biodiversity and native species.

“The rapid loss of Delaware’s native plants, insects, fish, reptiles,and birds is a crisis that demands a concerted, cooperative response,” said Sen. Stephanie Hansen, the bill’s prime sponsor, in a National Audubon Society press release. “No one else can protect our environment for us, and we all stand to lose if we allow this to continue.”

She said invasive plants are “one of the primary drivers of native-species loss and ecosystem degradation in our region.”

Plants are always moving to new places, whether by wind, market demand or bird poop, but sometimes the attributes of a non-native species are unusually and aggressively advantageous in a foreign area. Those plants can turn a once abundant and balanced ecosystem into a food desert.

“When invasive plants take over, they don’t provide as much of that ecological benefit as far as nectar and pollen and tasty leaves,” said Downing. “They rob the forest floor of a lot of nutritional value for wildlife.”

The Delaware Invasive Species Council has a list of invasive plants on its website. Several of those plants are currently in full bloom and easy to spot on a springtime walk: That bright yellow patch of Lesser Celandine and the white flowers of those lovely yet pungent Callery pear trees are both invasive to Delaware and are now banned under the new law.

Not all non-native plants are considered invasive,  such as tulips or daffodils. Downing calls those species “well-behaved” because they don’t take over large swathes of land or crowd out important natural resources.

But they also don’t feed as many things, especially for insects with picky, native-plant-only appetites.

That’s why Downing encourages Delawareans to adopt a “conservation by addition” practice. You don’t have to rip out your tulips, but the next time you head to a nursery, consider buying a new native plant.

He recommends planting an oak tree, as it can feed hundreds of insect species and subsequently birds. For shrubs, consider oakleaf hydrangea, native azaleas and rhododendrons. Columbine flowers and bee balms are both colorful alternatives to daffodils and tulips.

Mt. Cuba Center has a native plant finder on its website where folks can find native species characteristics as well as ideal soil and light conditions.

“We collectively need to become more aware of the importance of native species that naturally grow in our local environment for the food web,” Downing said. “Invasive species threaten the stability of the entire food web. We need to be mindful and take care of our local natural heritage.” 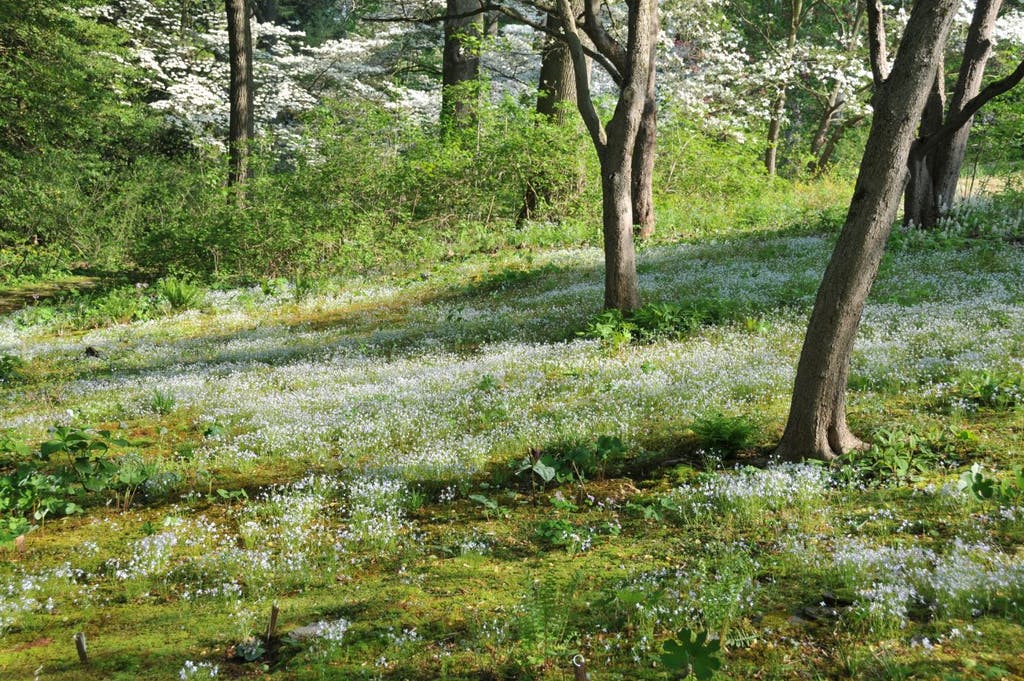