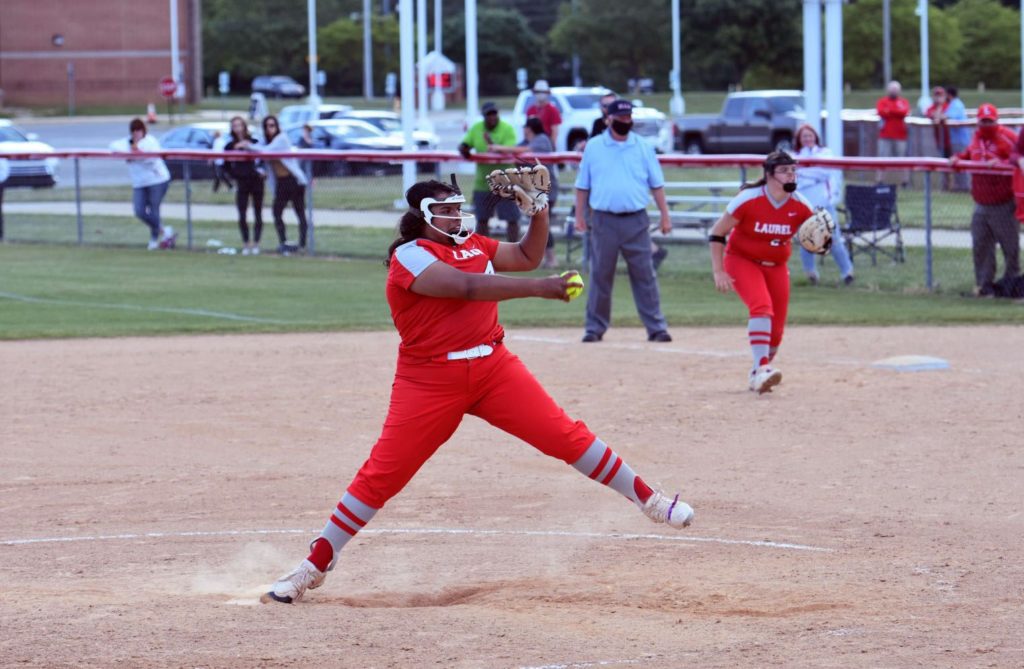 Several teams were in action on another windy day in the First State.

In Bear, a high scoring game unfolded between two unbeaten teams as Red Lion Christian Academy held off Charter School of Wilmington 12-8. The Force trailed 8-2 through five innings before rallying in the top of the 6th. CSW closed the gap to 8-7, scoring five times including a two-out 3-run home run by Jaida Church.

The Lions answered with 4 runs in the bottom of the 6th to remain undefeated at 4-0. Morgan Lieske and Peyton Pusey homered for RLCA.

One day after they recorded the 1st softball win in school history, the Odessa Ducks made it two-in-a-row with a 9-2 victory at Mount Pleasant. Natalie Gephart struck out 8 and allowed just 2 hits to get the win, plus she had 2 hits and 3 RBI’s at the plate. Rileyann Curtis led the Ducks with 3 hits in 4 at-bats. The Green Knights received a fine effort from pitcher Victoria Lawson in the loss as she had 17 K’s and no walks.

The Laurel Bulldogs improved to 2-1 but Polytech battled to the very last out in a 3-2 Laurel win in Woodside. Olivia Rogers had 2 RBI’s for the Bulldogs as they took a 3-2 lead into the bottom of the 7th. With one out, Kylee Hill issued a walk, then Mackenzie Mitchell doubled to center – putting runners at 2nd and 3rd with one out. Hill then recorded a strike out, issued an intentional walk to load the bases and induced a fly ball to right field to end the game.

Smyrna improved to 3-1 coming from behind in the 7th inning for a 2-1 win at Delmar. The Wildcats scored an unearned run in the 4th and that held up till the final inning. Hailey McCutchen led off with a double and scored the tying run on a miscue. The Eagles took the lead on a 2-out RBI double by Meghan Shirey. Delmar’s catcher Emily Smith singled with 2 outs, but Cimone Edge got the final out on a line drive to 3rd base to end the game.

In other action, Cape Henlopen evened its record at 1-1 with a 21-2 win in Dover against ECHS. The Vikings offense had 6 hits and 18 walks.

Archmere won for the 2nd straight day, banging out 20 hits in an 18-0 win at Delcastle. Carly Polsky hit her 1st career home run, joining Ava Beach and Ryan Vitola who achieved that milestone yesterday. Tori Connor allowed just 2 hits with 11 K’s in the circle for the Auks.

Dover scored 5 runs in the 1st inning and then held off Seaford in a 5-3 win on the road. Dover’s Alayna Gigliotti, Janmie Chandler and Lea Martin each had 2 hits while the Blue Jays received multiple hits from Lillie Larimore, Cyonna Knowles and Alyanna Bennett.

Sussex Central pounded out 17 hits in a 13-2 victory over intra-district rival Indian River. Kate Evick and Amara Cropper homered for the Golden Knights.