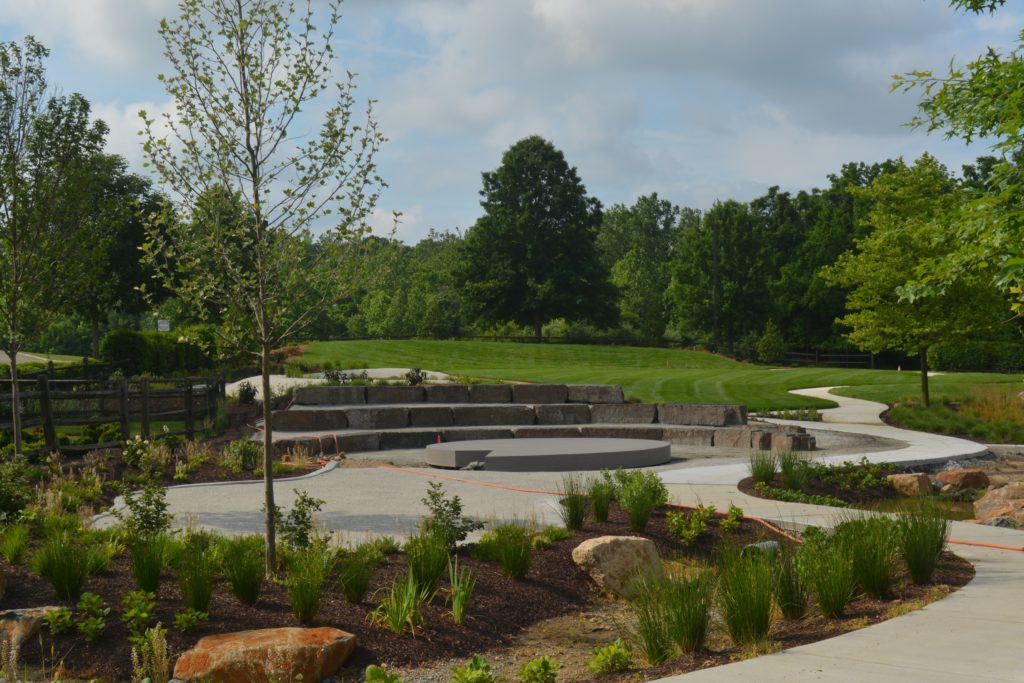 The elegantly designed 57,000 square feet, divided into 14 areas, has been planned since the spring of 2018, with fundraising starting in 2019.

It follows a decade-plus trend of getting kids outdoors and away from tech — and arrives in time to deal with the spread-em-out philosophy of COVID-19.

Many private schools have outdoor classrooms of varying sizes, or use their grounds as outdoor classrooms. Increasingly, public schools are putting in walks through wooded areas and planting gardens so kids can grow fruits and vegetables and learn about how food is produced.

The Independence School’s classroom landscape design reflects the various geographic regions of Delaware, along with the Piedmont and the Atlantic Coastal plain. 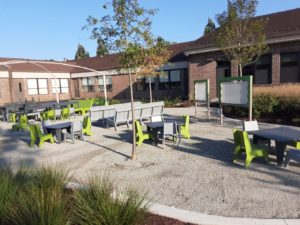 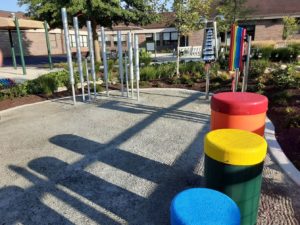 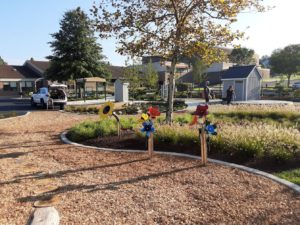 “There are so many spaces on this outdoor classroom we can have the students utilize, engage them, have them work as a team,” said Jen Haney, director of Extended Day care and a kindergarten aide. “We are hoping to be able to have the children watch something from start to finish.”

“I see the theater out there and I think how wonderful would it be to have the students create a play,” she said. “Somebody steps up as leader and assigns roles.They might have to compromise right? Then they get to practice and maybe bring other groups to perform.

“So from start to finish they are creating something. They are getting to see it through to completion.”

Kindergartener Lily Burns said Monday she is “super excited” to keep going outside to learn about nature.

Her class was one of the first to enjoy the new outdoor space, where they discovered a toad in the Wetlands area.

The outdoor classroom was officially opened Friday with a ribbon-cutting ceremony.  Head of School Vicky Yatzus said the final costs are being determined and estimated it’s in the “hundreds of thousands of dollars” range. 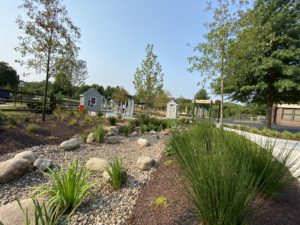 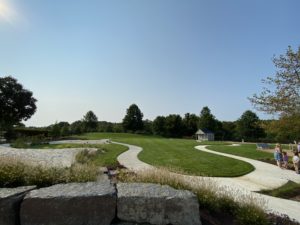 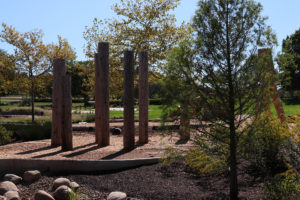 The project used money from its annual auction, along with support from Marmot Foundation, Crystal Trust and McDonald Foundation., as well as donations from three alumni,  Ameilia Julian Wyant ’90, Kevin Heitzenroder ’85 and   Ashley Quill Funk ’95 and her husband Vance.

The outdoor classroom was created through collaboration and faculty training with Nature Explore and was designed by Jonathan Ceci Landscape Architects of Baltimore.  With a 90–acree campus, the school didn’t have to worry about finding space for the project.

While the outdoor classroom offers teachers many options, the school’s curriculum will not be changed to specifically utilize it, she said, but she expects teachers to adapt lessons to use the classroom’s elements.

The school provided training for teachers about ways to include the natural elements of the earth in lessons to engage students. Some of that training focused on keeping kids safe outside.

Gym classes, for example, could use the natural climbing elements such as logs and boulders, or riding vehicle paths.

The area also includes outdoor seating and tables, expanding the use for teachers and students, especially for messy art or science activities.

The outdoor classroom is expected to be used year-round. Students will be asked to bring in appropriate clothing, such as boots, rain jackets and gloves, for work outside.

Yatzus said she expects other schools to be invited to share in the space, especially to help others interested in  “environmental stewardship.”