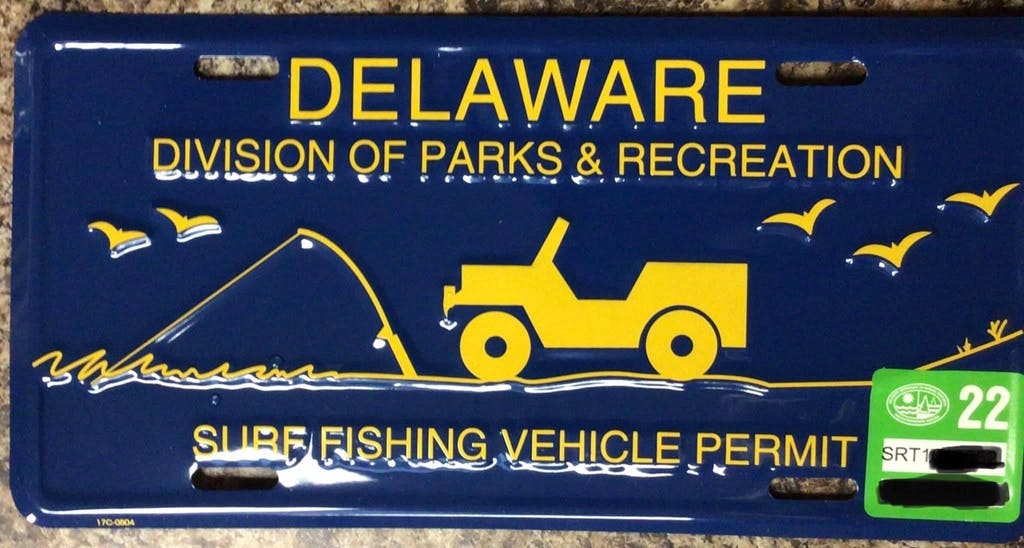 Delaware’s surf-fishing permit was a hot ticket during our cold winter.

Roughly 30 people were standing in line outside of the Indian River Inlet lifeguard station mid-Wednesday morning.

With only 1,000 left, anglers waited in anticipation to get their hands on a rare catch.

It might as well have been a fish made of gold.

The coveted prize: An annual Delaware surf fishing permit, which allows anglers to drive on the beach to fish.

Only 17,000 were sold this year. Caps on permits were added in 2019 to control overcrowding on beaches and reel in non-anglers taking advantage of the permits.

“People were turned away (at the lifeguard station) without a tag because they sold out,” says Clark Evans, president of the Delaware Mobile Surf-fishermen. He was there when the permits, which went on sale in December, were all sold.

“It was surprising how fast they sold out this year,” Evans adds. “Usually the permit cap hits around Memorial Day or the Fourth of July.”

This is the fasted permits have sold out, according to DNREC. Last year the cap was hit in June.

Shauna McVey with DNREC said 25% were sold to out of state residents. That’s consistent with previous years, according to Evans.

Online sales helped drive the early sellout, with the majority of tags sold via DNREC’s website.

Evans says DMS works with DNREC to tweak the cap and get permits in the hands of the right people. Because of COVID-19, there wasn’t much of a chance to work together this year.

“I see people with permits on sedans,” Evans says. “We just want to make sure permits are getting in the right hands and educate people so this is not ruined for everyone else.”

An initial proposal looked at getting priority permits to Delawareans first, but because federal money is used for the program that is not an option.

Another concern in the COVID era is scalpers reselling permits, but McVey makes it clear that is not the case.