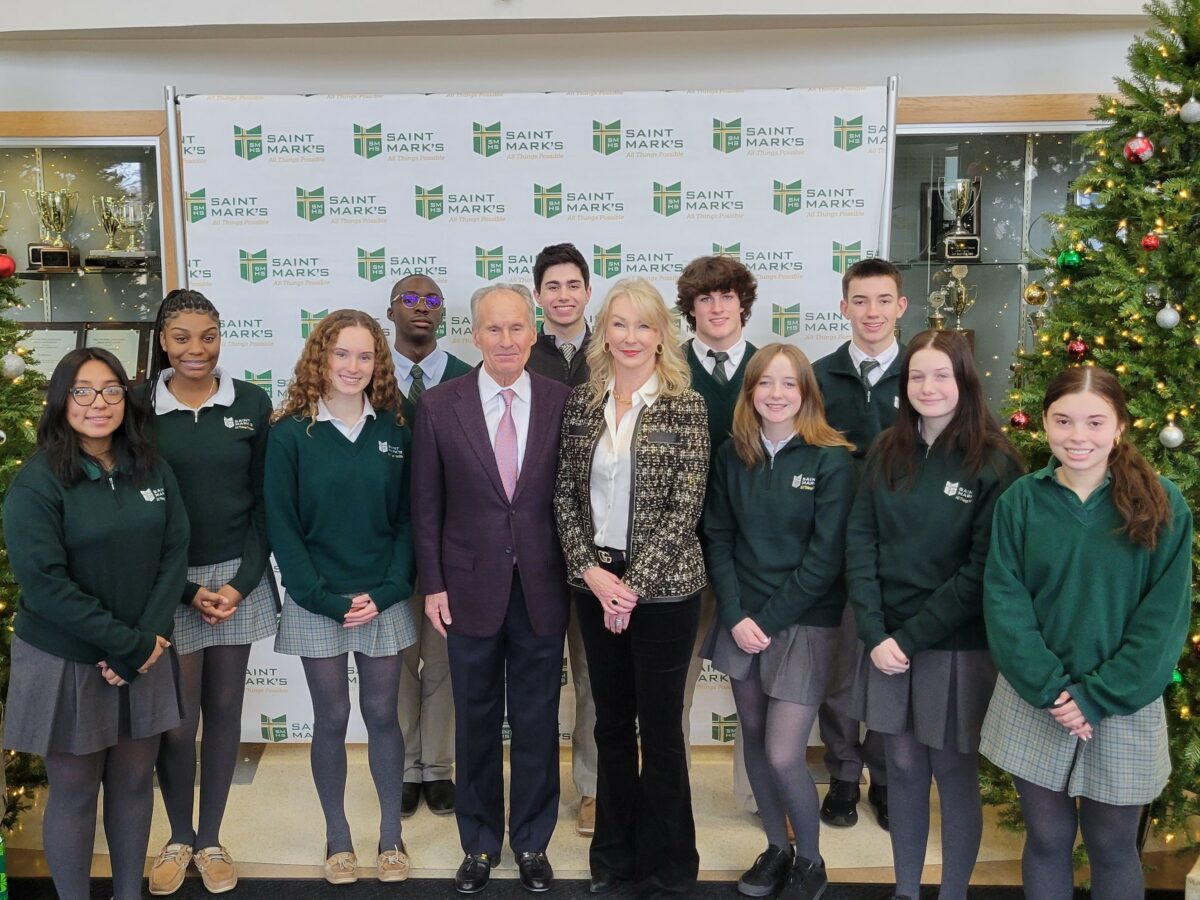 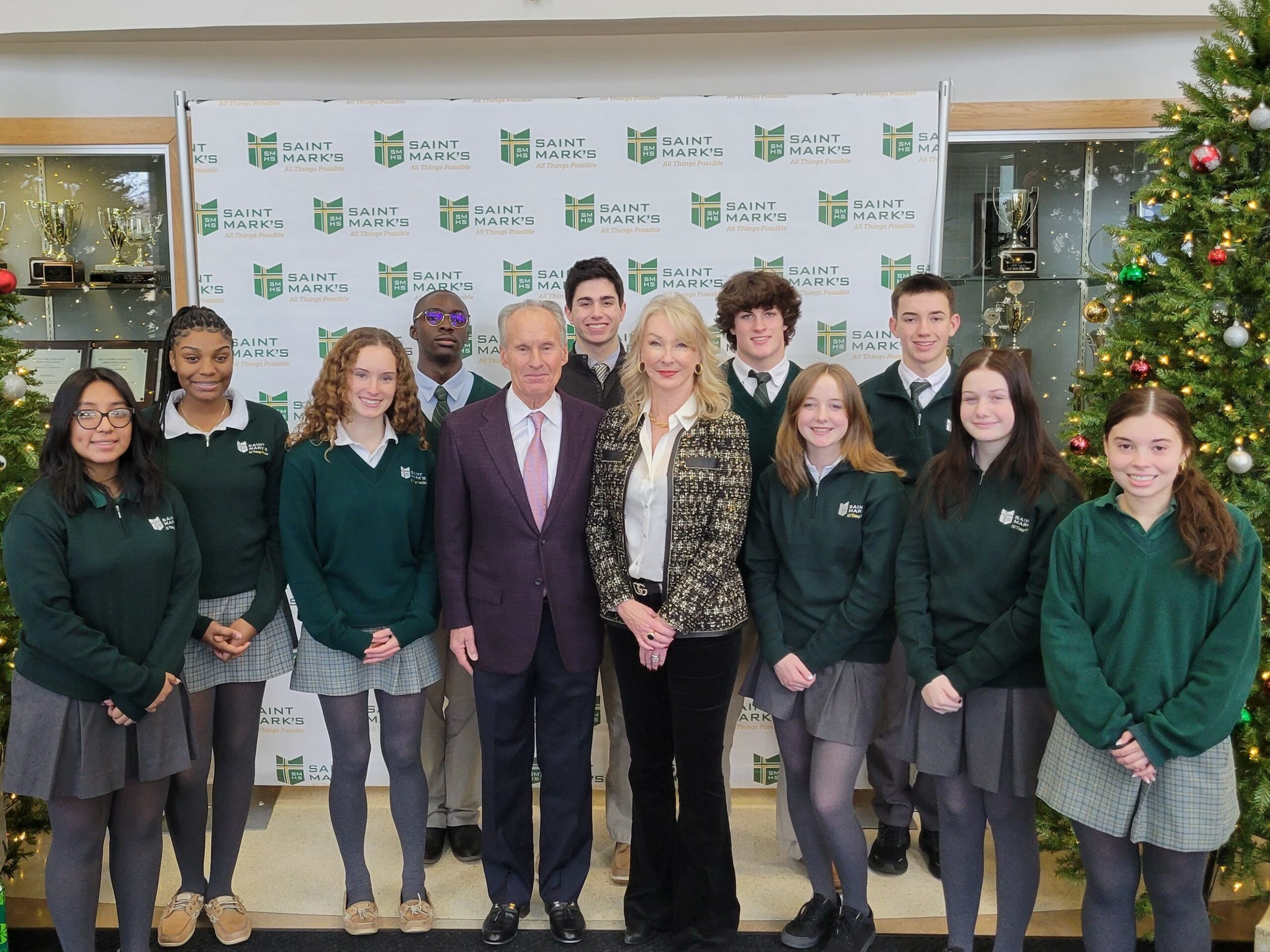 Paul and Linda McConnell with students from Saint Mark’s.

The new donation will go towards the school’s $8 million capital campaign, which was launched at the beginning of this school year.

The McConnells donation will go to both the endowment and to fully fund a new robotics lab and makerspace, as well as a multipurpose media and broadcast studio.

The school expects to begin construction on them soon and they will be completed for the 2023-2024 academic year.

“Linda and I recognize and appreciate the lengths to which St. Mark’s has embraced change and innovation, which has clearly resulted in increased enrollment and higher visibility within the community,” said Paul McConnell in a news release.

He hopes the investment will help the school continue to serve young people in both traditional, new and dynamic ways.

Some of the funds will go towards supporting the Saint Mark’s tuition assistance program for local students with financial need.

Saint Mark’s is in the middle of an $8 million capital campaign. It will use the money in six areas:

With the McConnells’ donation, the school is $1.1 million short of its campaign goal.

Class of 1977 alumna Lisa Hyde and her husband Steve Hyde donated $2 million to the school’s capital campaign earlier this year.

The media and broadcast studio will give Saint Mark’s the opportunity to offer students a space to test the boundaries of their creativity, she said.

“Students will be able to immerse themselves into the fields of broadcast journalism and video production using state-of-the-art equipment to produce highly innovative news broadcasts, podcasts, presentations and more,” she said.