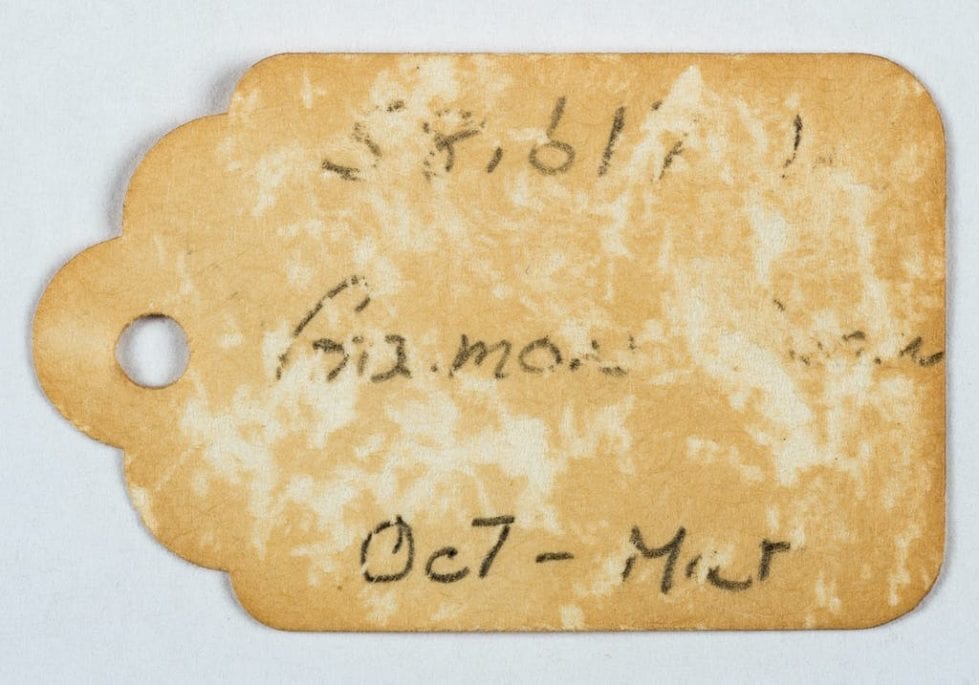 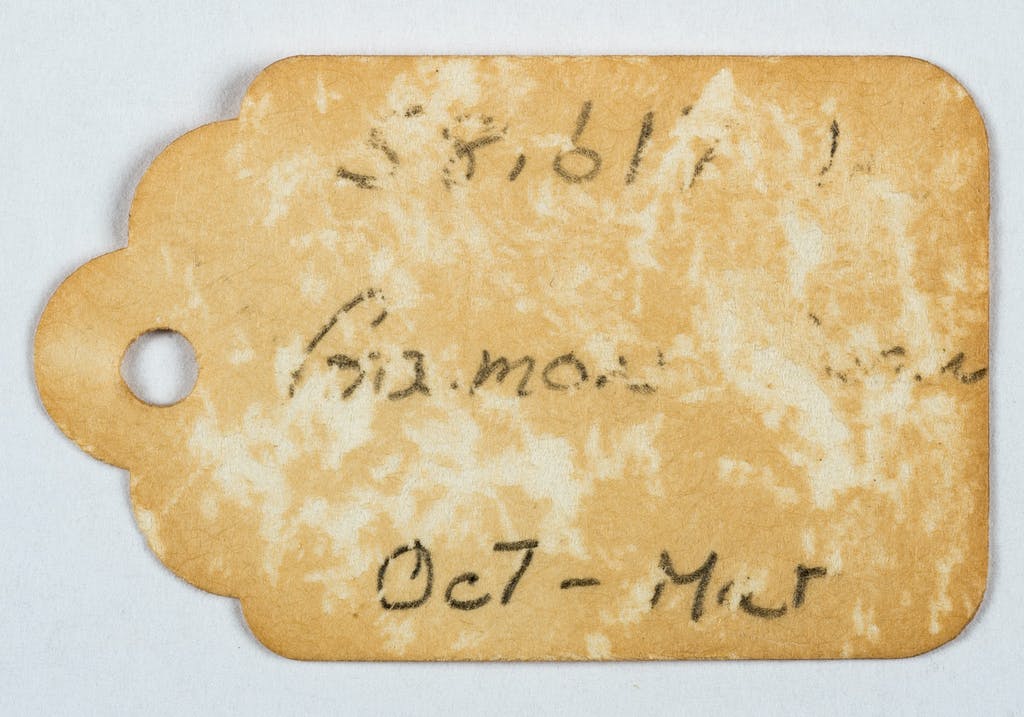 Silverfish have fed across the surface of this label. (Winterthur photo)

A vacuum cleaner and your eyes are among the most effective tools to combat indoor pests, the experts at Winterthur have concluded.

And a cat would be nice, too.

And they should know: Winterthur dedicates a five-person preventive conservation crew caring for 85,000 period objects in 175 rooms of the world-famous museum.

They care about “any type of living thing that cause damage or present a threat to our collection, including our infrastructure,” said Matthew A. Mickletz, the group’s manager, who’s been battling pests for 13 years.

The main threats, he said, are webbing clothes moths, carpet beetles and silverfish.

Not on the list are houseflies, gnats and mosquitoes. “They’re annoyances and nuisances to people,” he said, but they don’t go after the collection.

Winterthur follows an integrated pest management policy, meaning that it doesn’t use pesticides around its valuable antiques. “In lieu of chemicals, we vacuum a lot,” Mickletz said.

One goal of thorough vacuuming is to remove pest carcasses. “It’s gross, but we’re removing a potential food source” for other pests, he said. 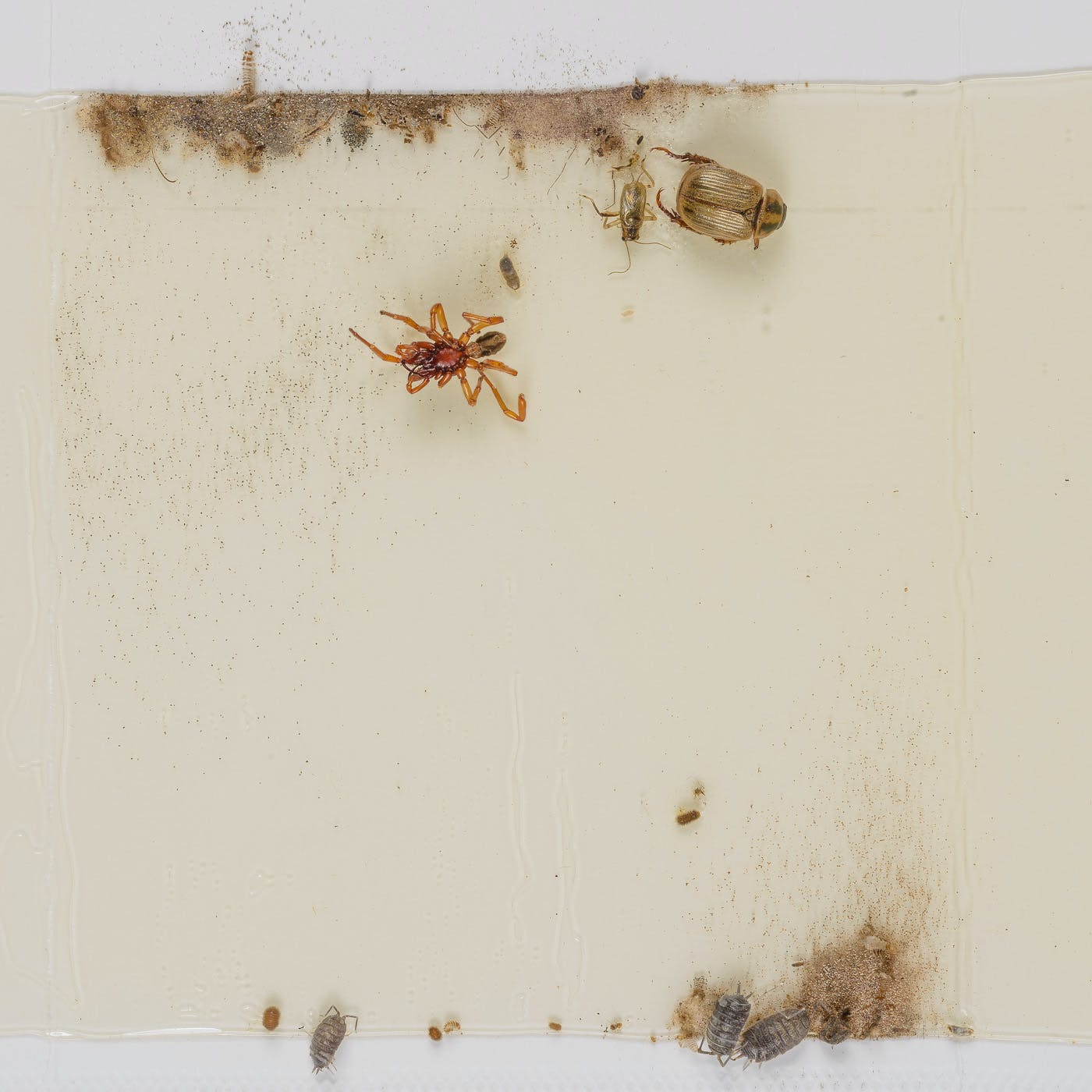 Mickletz said it helps to diligently dust and vacuum and look for signs of infestation. “Whenever I give a presentation to kids, I tell them to go home and vacuum,” he said. “You’ll feel better.”

He’s also given presentations to museum professional on its pest protocols.

Winterthur’s worst infestation occurred in the early 1990s inside a newly upholstered sofa. Carpet beetles were spotted by the frass (“insect poop”) their larvae left underneath while munching on the horsehair stuffing. 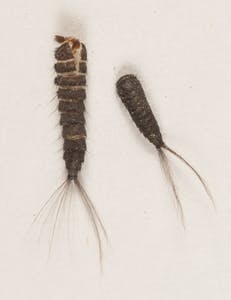 That said, don’t assume you’ll see the pests, he said, because they’re so tiny. It’s always good to be vigilant, and it’s best to be proactive, like storing items in plastic containers. When Winterthur acquires new objects, it quarantines them for a day or two in clear plastic. It can also fumigate them in a low-oxygen chamber. And freezing helps kills some pests, he noted.

European castles successfully control mice with cats, he said. “I would love to have a Winterthur cat.” 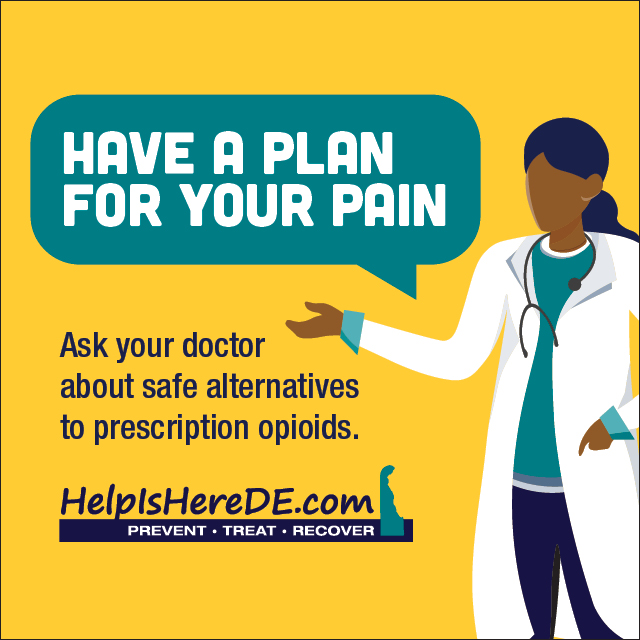