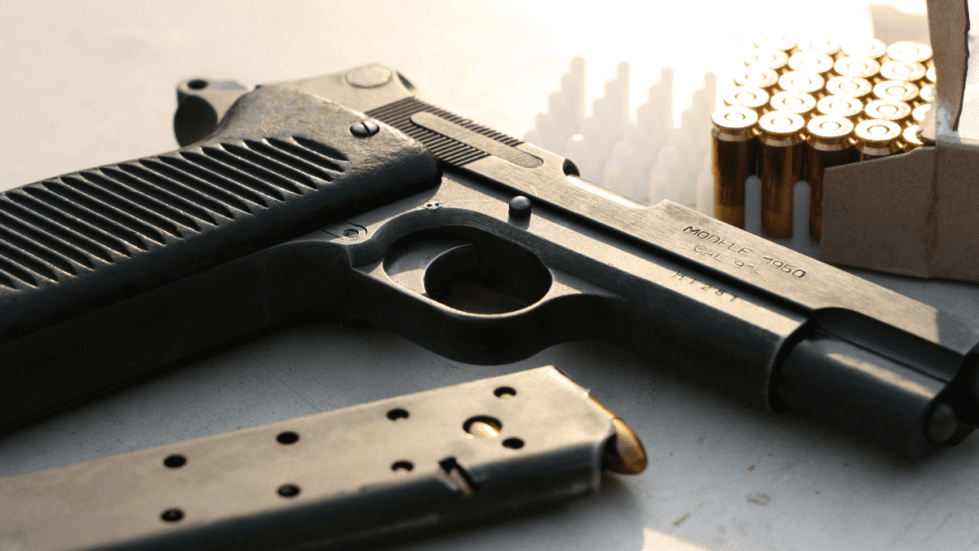 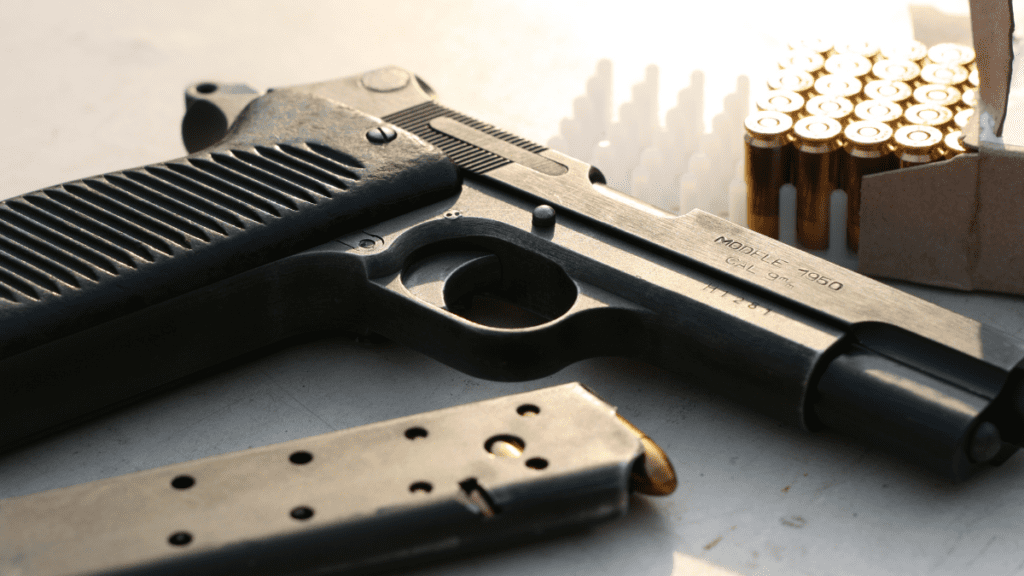 A GOP-backed bill would increase the penalty for those convicted of possession of a firearm during the commission of a felony. (Pixabay)

A bill set to be considered by the Delaware House of Representatives would increase the minimum sentence for those who possess a firearm during the commission of a felony.

The crime was created by the 137th General Assembly in 1994 with the minimum required sentence set at three years, or five years for defendants with two prior felony convictions. It has not been changed since.

In 2019, the 150th General Assembly removed the requirement that sentences be served consecutively and allowed portions of sentences to be suspended or shortened for good behavior.

House Bill 13, sponsored by Rep. Lyndon Yearick, R-Camden, would increase the minimum sentence to five years, or ten years for defendants with two or more prior felony convictions. It would also require defendants to be sentenced consecutively and prohibit the suspension of sentences. Yearick said the bill would enhance public safety by appropriately punishing the criminal use of firearms. He said the legislature and the Delaware Department of Justice have shown a “trend of leniency” that is not commensurate with the seriousness of the offense.

“Regardless of the community – rich or poor, black or white, man or woman – individuals want the state to hold people accountable for the crimes they commit with firearms,” Yearick said during the bill’s committee hearing, “especially when it is the same individual with multiple convictions.”

Rep. Sean Lynn, D-Dover, said during a meeting of the House Judiciary Committee that it may not be true that gun crimes are not being prosecuted in Delaware.

“Rightly or wrongly, there’s this perception that I read about social media or out in the community, which mirrors that type of statement that Rep. Yearick made here today, which is that these charges are not being pursued,” Lynn said.

Lynn said he believes Yearick’s bill is well-intentioned but that there is a “battle between what public perception is versus what the actual data reflects.”

The committee agreed to table the bill and consider it again during a May 17 meeting, after Yearick had time to consult with the Department of Justice.

AJ Roop, state prosecutor with the Delaware Department of Justice, said during the bill’s second hearing that the attorney general’s office does not support HB 13.

“The A.G. since 2019 has been against raising minimum sentences in most instances and the position remains the same,” Roop said.

Mandatory minimum sentences are laws that specify the shortest amount of jail or prison time a defendant can receive for committing a particular type of crime.

The guidelines are set at the federal level by Congress and at the state level by the General Assembly. Judges are bound to impose those penalties when a defendant is convicted of the relevant crime, regardless of the defendant’s circumstances or the particulars of the allegation.

Roop explained that mandatory minimum sentences take leverage away from the Department of Justice when they’re attempting to secure guilty pleas. By increasing mandatory minimum sentences, it becomes more likely that a defendant will choose to go to trial, he said, which costs the state significantly more and lessens the likelihood of a conviction.

“Every time we do a trial, we’re bringing in the victims of that crime…we also have people that have to miss work that have to come in for it, we have to bring in police officers off the street to sit and wait to be called for trials,” Roop told the committee. “Trials are very disruptive. They’re a good thing for the system – they’re adversarial, but they are very disruptive to everybody else’s life to get to justice.”

Roop said if a defendant is willing to accept responsibility for a crime and take a significant prison sentence, that’s often a better outcome than risking a trial. Mandatory minimums give prosecutors less to work with when trying to secure those guilty pleas, he said.

“One of the most important precepts of the American criminal justice system is the importance of individualized sentencing,” said Kevin O’Connell, chief defender with the Office of Defense Services. “Already, sentences of up to 25 years are available for individuals who commit firearm offenses.”

O’Connell said the public and lawmakers must trust that judges, who are nominated by the governor and confirmed by the Senate, will impose the right sentence and take into consideration all aspects of the alleged crime, including the defendant’s criminal history.

Yearick said the bill is essential to keep violent offenders off the streets and ensure sentences are commensurate to the seriousness of the crime.

The bill was released from the committee and awaits consideration in the House. If passed, it will advance to the Senate.