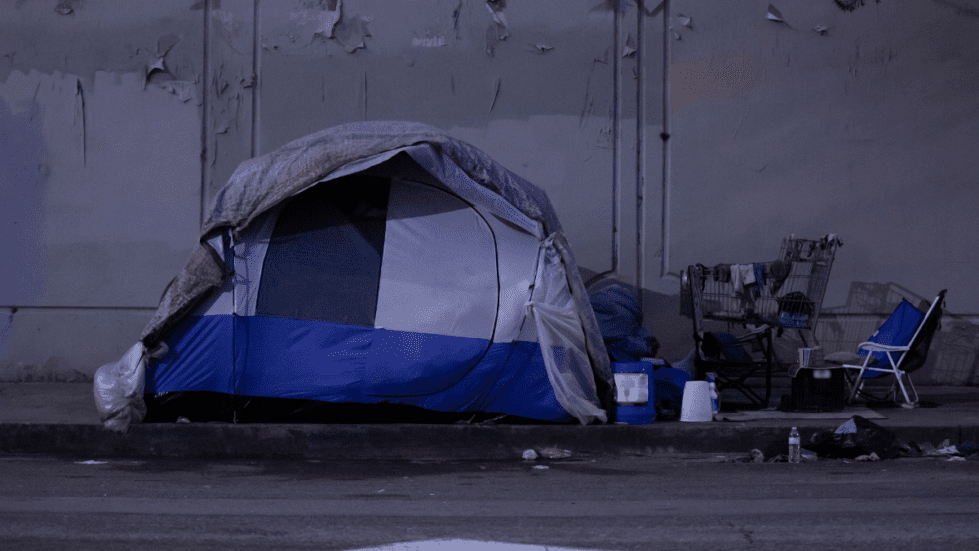 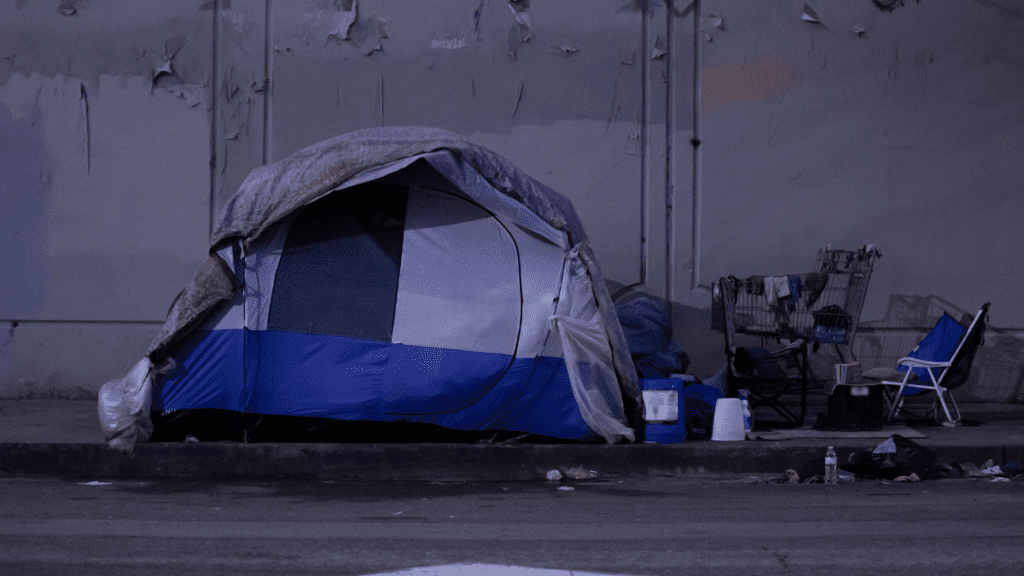 House Bill 235’s stated purpose is to ensure all individuals, regardless of housing status, have equal opportunity to live in decent, safe, sanitary, and healthful accommodations and enjoy equality of opportunities.

The bill, sponsored by Rep. Sean Lynn, D-Dover, would have created a process for the State Human Relations Commission and the Division of Human Relations to investigate complaints of discriminatory treatment.

The proposal would prevent landlords from considering an applicant’s housing status in determining whether to accept them as a tenant.

It would also allow unhoused people to live in a motor vehicle or recreational vehicle, provided the vehicle is legally parked on public property.

The bill would allow them to vote, register to vote, and receive documentation necessary to prove their identity without discrimination due to their housing status.

Debra Burgos, president of the Delaware Apartment Association, said the proposal would make it difficult for landlords to determine applicants’ ability to pay rent and take care of their rental units.

It could also invite litigation if an applicant was denied and incorrectly claimed their housing status was the basis for the denial, she said.

Burgos also expressed concern that by allowing unsheltered people to live in their vehicles, current residents could be made to feel unsafe or uncomfortable if those vehicles were parked on public property near their homes.

Eugene Dvornick, town manager with the Town of Georgetown, said he worried the legislation could impose a financial burden on municipalities as they would have to invest more in public safety and sanitation services.

“There are some creative concepts out there to deal with homeless situations that can provide safe and secure sheltering, individualized wraparound services, and to keep the homeless population and the existing community where they live, work and eventually be successful and ultimately lead to solutions for homelessness,” Dvornick said.

Proponents said the bill was an essential first step to recognizing the homelessness crisis Delaware faces.

Prior to the pandemic, Delaware had an estimated 1,165 people experiencing homelessness on any given day, according to the U.S. Department of Housing and Urban Development.

Those individuals and families are sleeping on streets, in cars, abandoned buildings, emergency shelters, and transitional housing programs.

According to Housing Alliance Delaware, which estimates the number of unsheltered people at more than 3,000 at any given time, one of every four people experiencing homelessness is a child under the age of 18.

Those figures likely only represent a fraction of the actual number, proponents said, because many of them live in places where they cannot be counted.

So long as the state fails to propose meaningful solutions to address the problem, protections against discrimination must be guaranteed to protect the rights of the unhoused, they said.

“I think that we can all agree that local governments have an issue with homelessness,” Lynn said. “I think we need to wrap our arms around the issue and stop walking away from it and address it.”

After the vote, Burgos said the bill’s failure was a victory for both landlords and tenants, whose rents would go up to mitigate the financial impact she believes the bill would have had.

“This bill was just one on top of many that would negatively impact landlords and our ability to provide safe and affordable housing,” she said. “Many landlords have decided to sell their homes and properties and just be done with it because the long-term forecast is very uncertain. It’s very scary if this is your livelihood.”