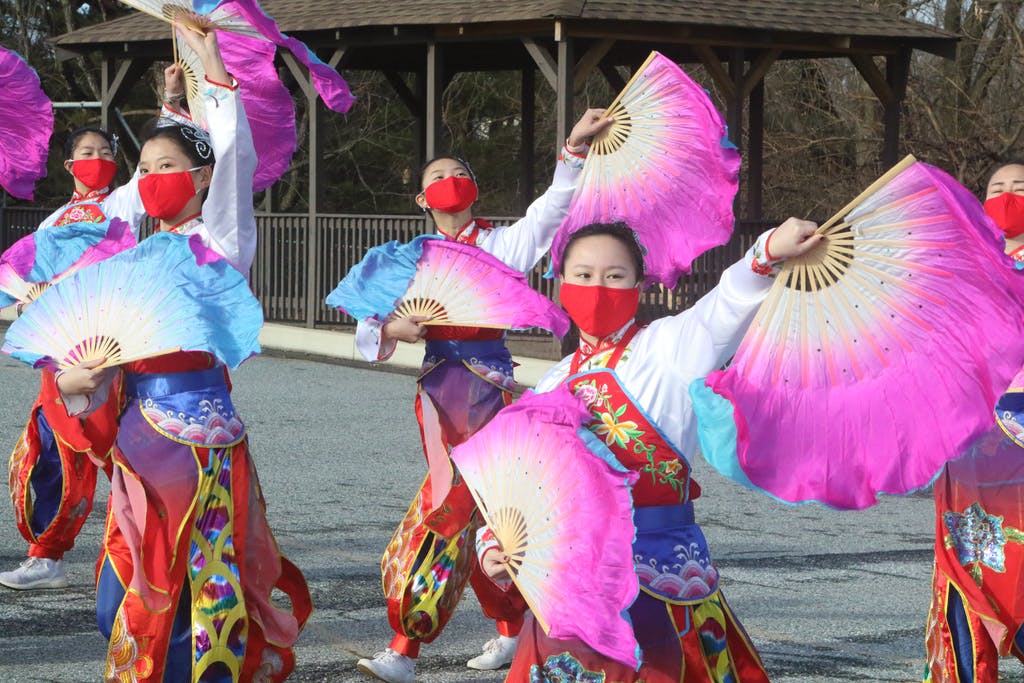 The Chinese American Community Center dancers will use silk fans, flower balls and a dragon to perform. Photo by Michelle McCauley

Members of the Chinese American Community Center in Hockessin will once again perform for a presidential inauguration.

Its Folk Dance Troupe and Lion and Dragon Dance Club will be part of President-Elect Joe Biden’s virtual “Parade Across America” Wednesday at 3:15 pm.

White the center’s groups are the only from Delaware to participate in the virtual parade, the dance troupe also performed in the 2013 inaugural parade for President Barack Obama and then Vice President Joe Biden. Six dancers from 2013 return this week.

The groups will perform with silk fans, flower balls and lion heads.

“It’s a great honor to be one of the groups representing President Biden’s home state of Delaware,”  said Barbara Chi Hsiao Silber, chair of the center. “As a cultural heritage community, CACC is dedicated to encouraging cultural continuity and diversity in all of our activities.”

The Lion and Dragon Dance Club, age 8 to adult, perform with a dragon that is 75 feet long and consists of nine sections of beautiful fabric held up by poles. The performers wave the sections up and down and side to side to give the impression that the dragon is alive.

With one week’s notice after learning they were selected on Christmas Eve, the two groups recorded their performance on Jan. 2 at the center. They practiced in the morning while the Presidential Inaugural Committee producers watched on FaceTime. Then Bill Tsai, one of the parents, videotaped the performance in the afternoon.

The dance troupe is no stranger to big events. It was the first Chinese American dance troupe to participate in the 2009 Macy’s Thanksgiving Day Parade. They marched in the 2011 Chinese New Year’s Parade in Washington, D.C.,  the 2012 London New Year’s Day Parade in England, the Washington D.C. Cherry Blossom Parade, Philadelphia Independence Day Parade and Miss America Parade, among other events.

CACC is a resource center for its members and the people in the public who are interested in Chinese culture and language. The mission of the CACC is to promote the exchange and integration of Chinese and American cultures through cultural and educational programs and through community service. In this way, CACC is able to inspire understanding and appreciation of the Chinese heritage, to encourage members to participate in community service and become an integral part of the mainstream in Delaware.