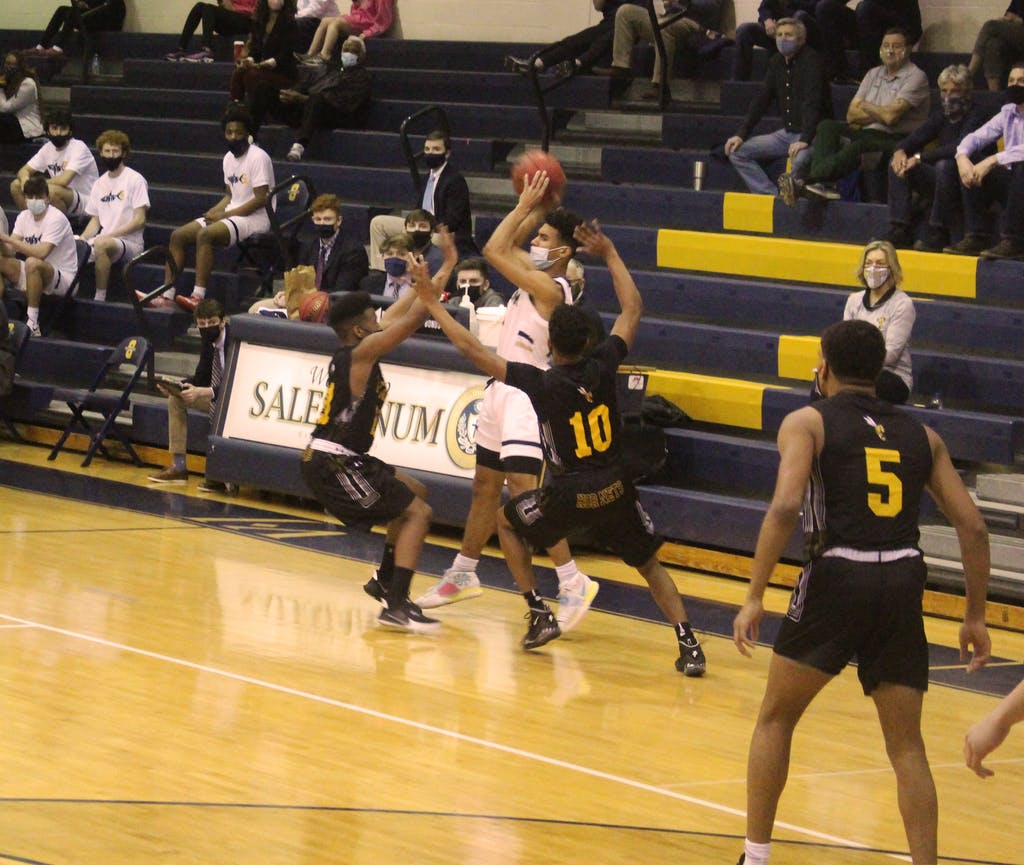 Ethan Hinds scored a game-high 24 points to lead Salesianum to a 61-47 victory over Tatnall on Tuesday night. The win earns the second-seeded Sals a home game in the DIAA boys basketball semifinal round against No. 6 Smyrna on Thursday night.

Hinds came up with big plays all game long. He hit two three-pointers in the first as the Sals overcame a slow offensive start to tie the game at 11 after one.

Bryce Scott and Omari Banks gave No. 10 Tatnall a four-point lead early in the second, but the Sals roared back with a three-pointer from Brett O’Hara and a layup in traffic from former Hornet Jackson Conkey to take a one-point lead. 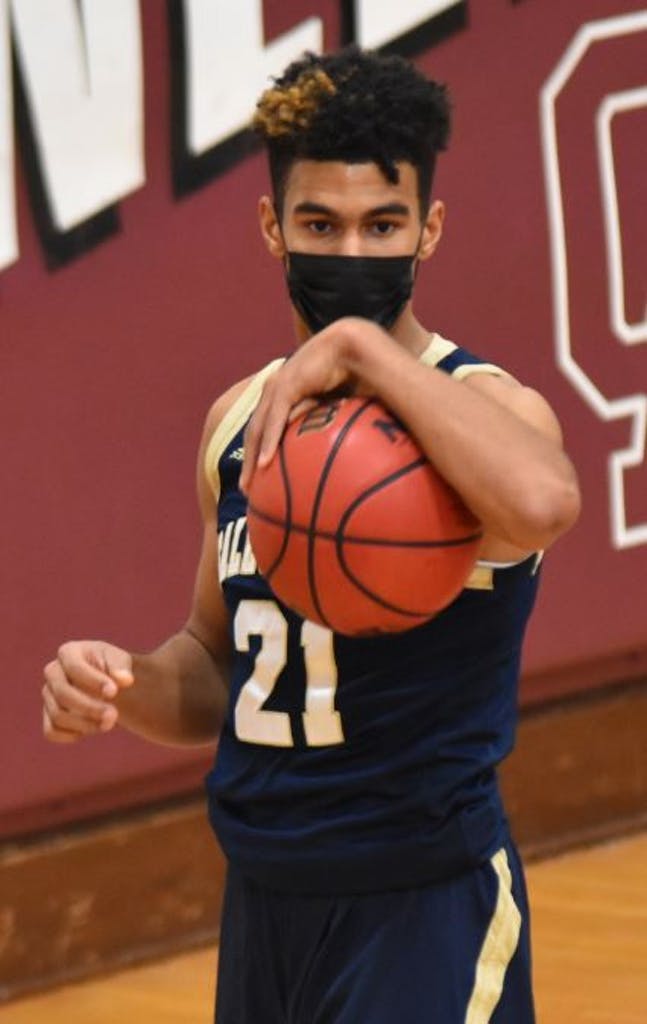 The teams traded leads as halftime approached, and the score was tied at 20 before Sallies began a 12-point run. The first five of those included a Hinds three and another Conkey layup before halftime, and the remaining seven came in the third quarter. Two Hinds field goals, including a three-pointer, and a pair of Justin Molen free throws pushed the Sals’ lead to 32-20.

Scott ended the streak with an old-fashioned three-point play more than three minutes into the second half. The Sals kept the lead near double digits, and a short shot by Brett O’Hara at the third-quarter buzzer put the home team on top, 41-28 entering the final eight minutes.

Twice, the Hornets cut the lead to six points, the second time at 53-47 with 1:45 to go. But after two Sals free throws, Molen erased any Tatnall momentum with a three-pointer he took from the corner right in front of the Salesianum bench, which erupted as the ball tickled the net.

Hinds threw down a two-handed dunk off a steal in the final minute to put an exclamation point on the Sals’ win.