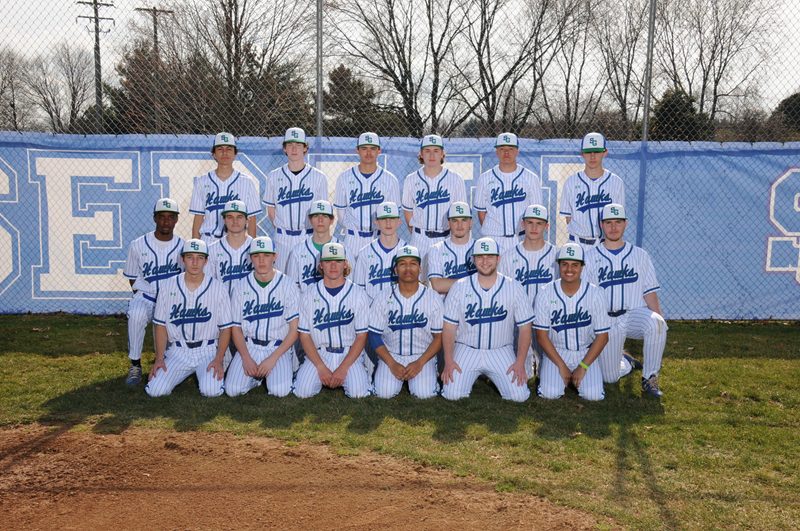 St. Georges Hawks defeated Hodgson Silver Eagles  4-3 on Tuesday after taking the lead late in the game. The game was tied at three in the top of the sixth when Brandon Sullivan laid down a bunt single scoring Brayden Field which later proved to be the game winning run.

James Breen earned the victory on the hill for St. Georges. The lefty who came in relief allowed zero hits and zero runs over three innings, striking out seven and walking zero. After the Hawks took the lead in the sixth Breen struck out every batter he faced to help seal the victory.

Hodgson Vo-Tech got on the board first in the second inning when Freshman Peter Wilson singled, scoring Sebastian Pagan. They then added two more runs in the third on a double by Nelvin Rivera-Zambrana knocking in Jayden Rosa. Rivera-Zambrana stole home later in the inning giving the Silver Eagles a 3-0 lead.

In the top of the fourth inning, St. Georges tied things up at three. Nathan Arterbridge led the inning off with a double. After a walk by Ian Helm, Breen singled, scoring pinch runner Gi’Vonni Sanchez. Helm crossed on the plate on the hit as well advancing on the throw attempting to get Sanchez at the plate. Eric Atkins stepped up and doubled to center field allowing Breen to score safely tying the game at 3-3.

Breen led the Hawks offensively as he went 3-4 scoring one run and adding two RBI’s. Rivera-Zambrana doubled, collected an RBI, and scored a run for Hodgson.

St Georges next game is at home this Friday as they host Delaware Military Academy at 4:15 P.M.

Hodgson goes on the road to Odessa this Thursday at 3:45 P.M.