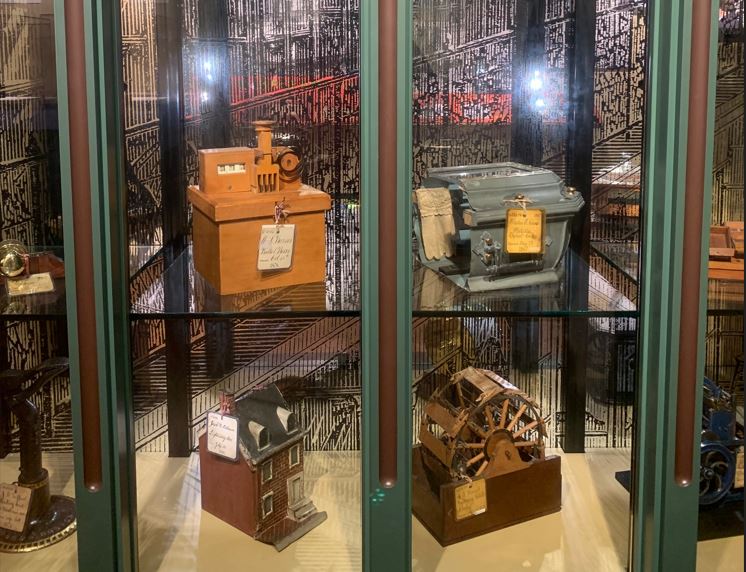 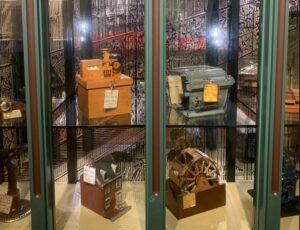 Hagley Museum’s collection of 19th century U.S. patent models were to be featured in a category on “Jeopardy!” on Thursday, Dec. 8, under the topic “The World of Patent Models.”

In January 2020, Hagley’s Marketing Manager Laura Jury, a fan of the show, sent an online submission for Hagley to be considered for a visit from the show’s Clue Crew to feature the Delaware museum’s unique collection of patent models.

Hagley holds nearly 5,000 patent models in its collection and is the second largest museum collection in the United States.

The U.S. Patent Office once required a scale model to accompany a patent application. They were sometimes crafted by the inventor and other times made by a professional model maker.

The models symbolize thousands of innovations from inventors from all walks of life who submitted a miniature version of their invention to demonstrate the key components, usefulness and novelty of their inventions.

The show agreed to visit in March 2020, only to have that plan derailed by the COVID-19 pandemic.

Dozens of the models welcome visitors to Hagley’s new permanent exhibition, Nation of Inventors, that opened in October in Hagley’s Visitor Center. The exhibition celebrates the American spirit of ingenuity.