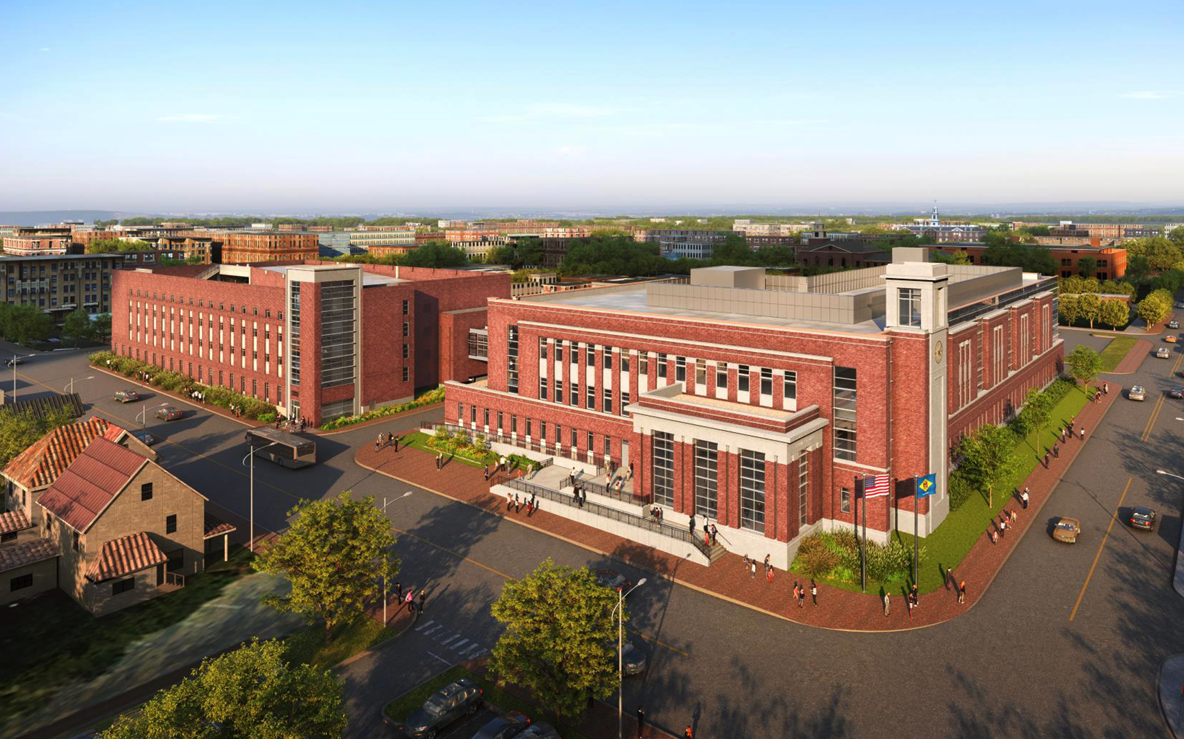 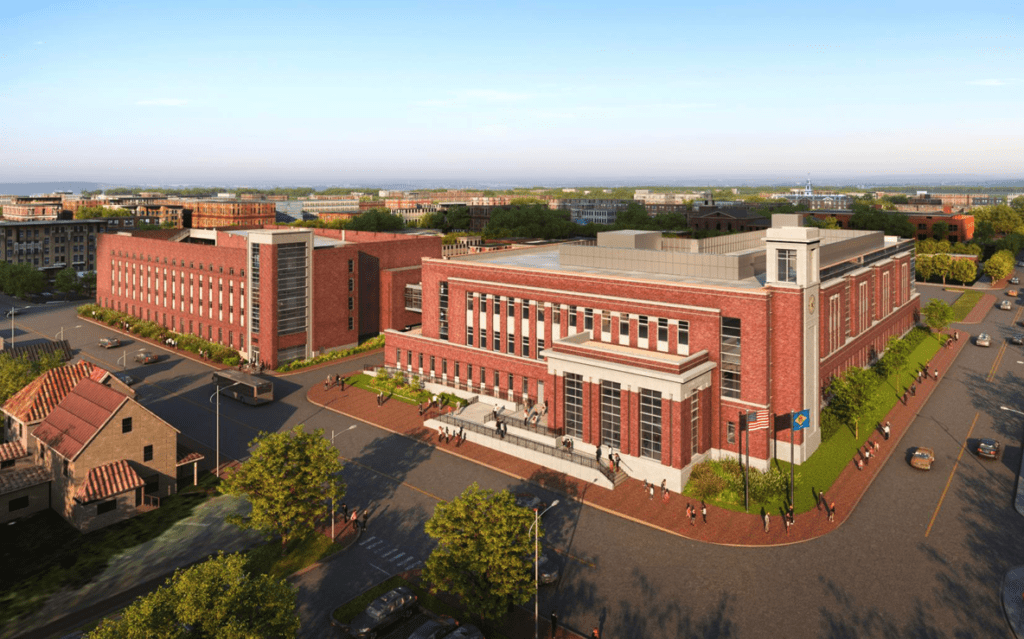 The $117.7 million, three-story, 106,711 square-foot building, located at the corner of South Governors Avenue and Water Street, will be more than three times larger than the existing courthouse — expansion officials say is well needed.

To maximize design and construction efficiency and ultimately save money, the state used the same general layout and plans for the projects in Kent and Sussex counties.

Both buildings will have the same number of courtrooms and similar safety features, though the exterior of each is different to fit in with the unique historic surroundings of each community. 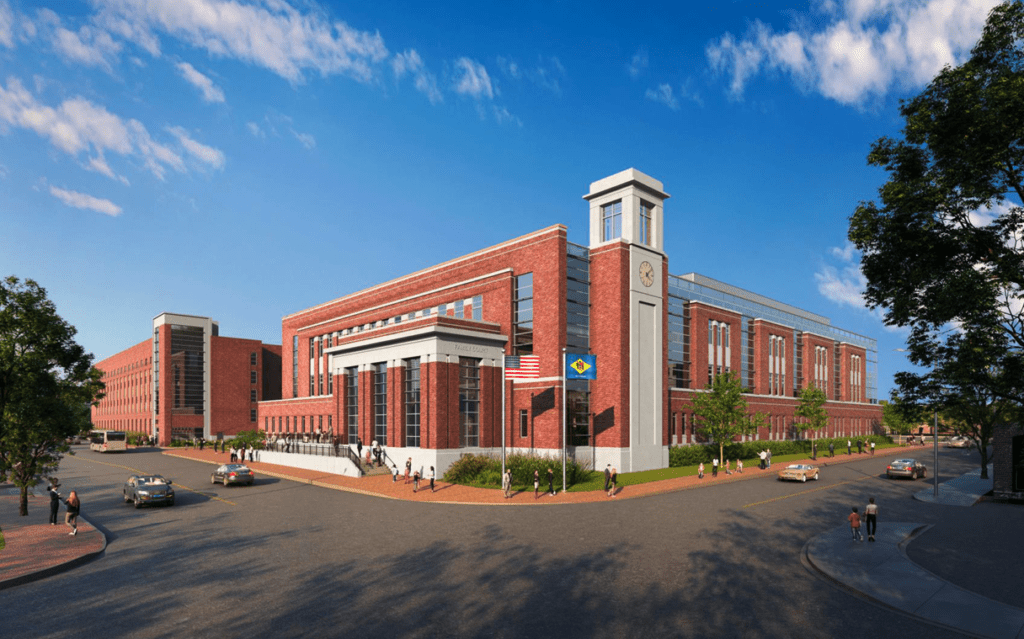 Because it deals with intra-family conflict, the Family Court handles some of the judiciary’s most contentious and emotionally-charged proceedings, O’Sullivan said. In the existing courtrooms, “you could literally reach your hand out and touch the person sitting at the defense or prosecution table.”

“Same thing in the waiting areas,” O’Sullivan said. “You’re having these parties who, obviously, have some serious issues with each other, and they’re literally sitting right next to each other.”

The result, he said, is courts that are unsafe by modern court standards, ultimately causing issues for attorneys, litigants, and court staff. 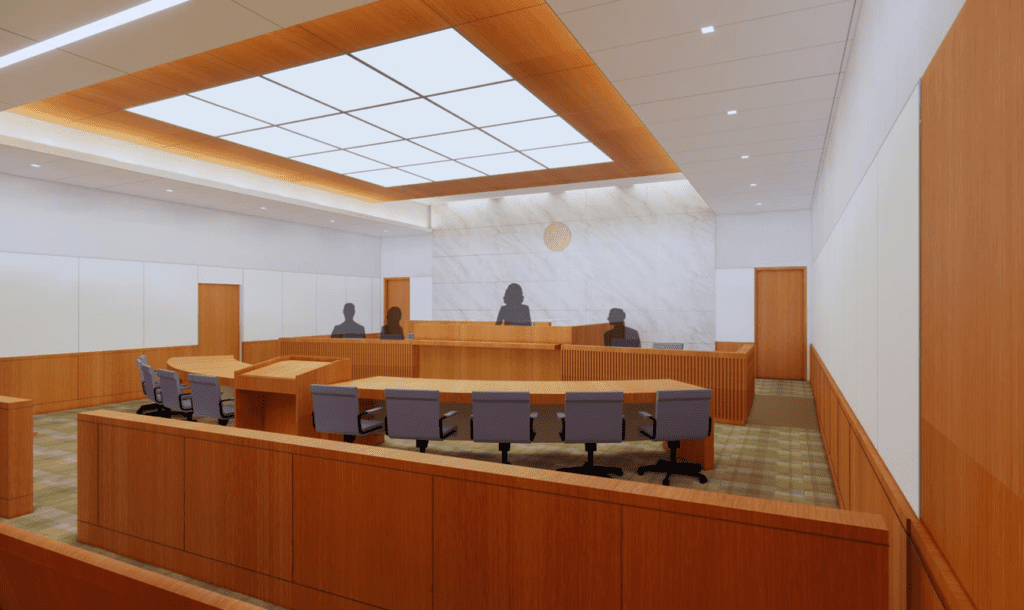 What the courtrooms will look like inside of the new Kent County Family Court. (Delaware Courts)

The new facility will have eight courtrooms as opposed to the current six, and those courtrooms will be more than twice the size of the existing rooms, ranging between 1,400 and 1,800 square feet compared to 600 feet, on average.

The new courtrooms will allow Family Court to better handle the caseload in Kent County, which has nearly doubled since the existing Family Court Courthouse opened in 1989, according to the court.

The new building will also have a 378-car parking garage.

It’s 1,089 square feet smaller because partner agencies do not require office space in Dover as they do in Georgetown. 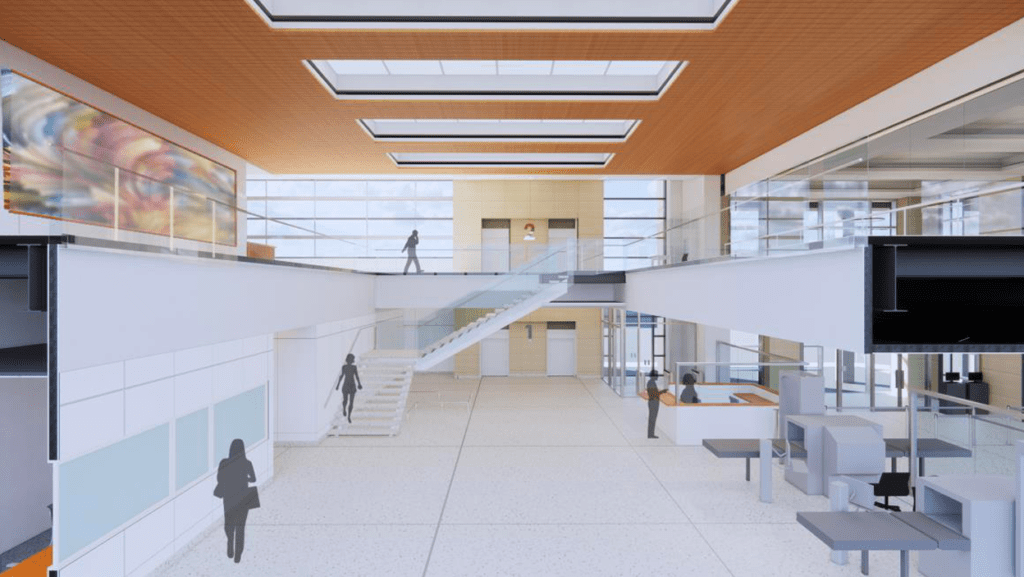 What the interior lobby will look like in Kent County’s new Family Court. (Delaware Courts)

The exterior appearance of the buildings is slightly different because each facility was designed with consideration of the unique historic surroundings of each community. The Kent County Family Court facility has a number of architectural details that reference the surrounding historic district.

According to the courts, the judiciary prioritized keeping the courthouse in downtown Dover as part of its ongoing commitment to keep city and town centers in Delaware thriving. 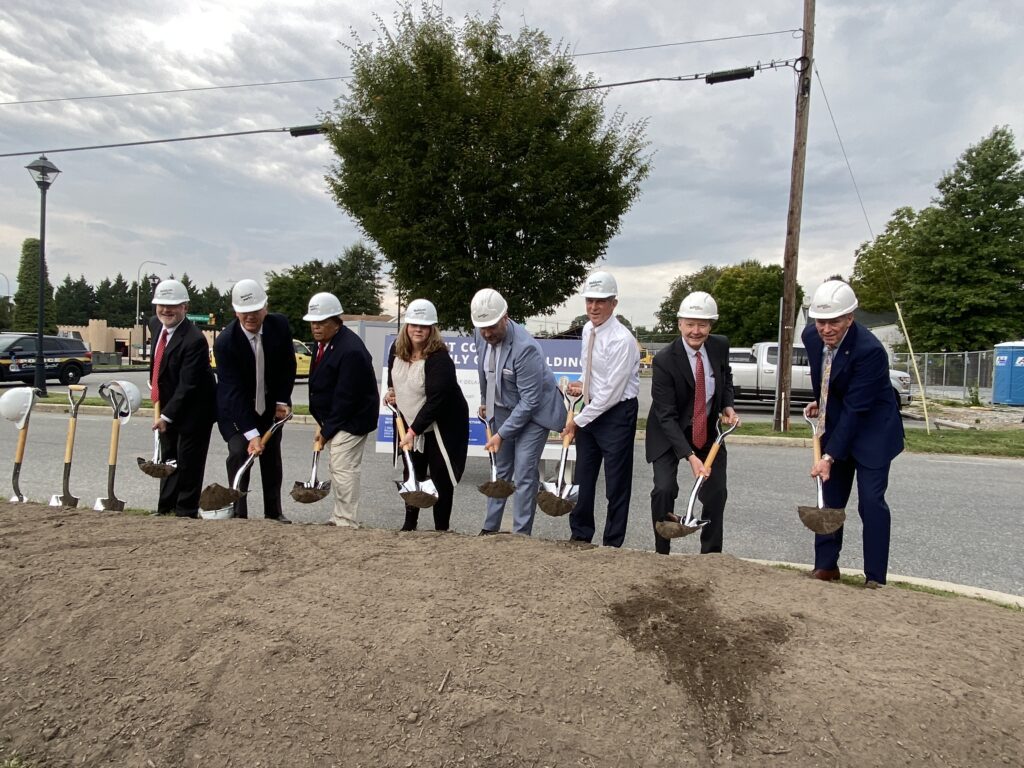 The new courthouse will be located on what had been designated a brownfield site, which had difficulty attracting development or reuse.

Construction is expected to begin this winter and be completed in late 2025.