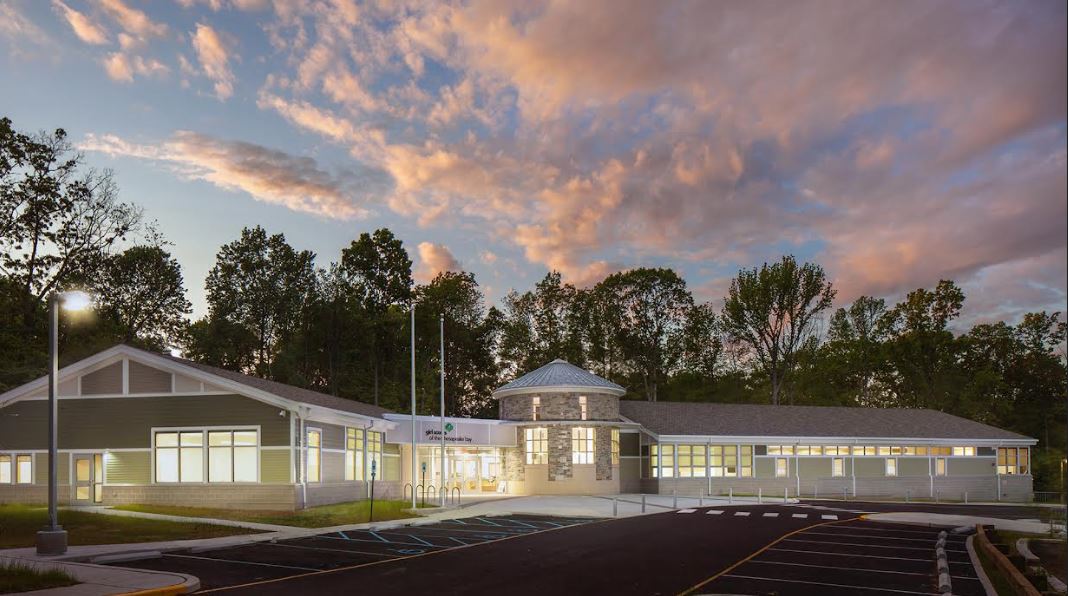 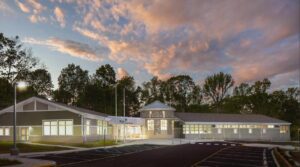 A petition is trying to stop the Girl Scouts of the Chesapeake Bay from selling four properties, including their $6.5 million Newark Headquarters. Photo from builders Bancroft Construction.

Several hundred people have signed a change.org petition urging the Girl Scouts of the Chesapeake Bay not to sell two camps and two offices.

The sale includes the 244-acre Camp Grove Point in Earleville, Maryland; the 49-acre Camp Sandy Pines, in Fruitland, Maryland; and the Peninsula Resource Center in Salisbury; and the Newark Resource Center, a headquarters building less than a decade old on seven acres on Old Baltimore Pike.

The council announced the decision Aug. 30 on Facebook. It offered limited details and invited limited feedback on the About page of its website.

“Our Girl Scout Council is trying to sell the GS camps and program centers that our girls worked hard to build and preserve raising funds through cookie sales and service projects,” petition organizer Kristen Wickham wrote on Facebook. “GSCB also received a $1M endowment for the preservation of Camp Grove Point and used the interest earned on that to fund other projects and programs. Stop the sale!”

The local council and the national Girl Scout office did not return requests for comment. 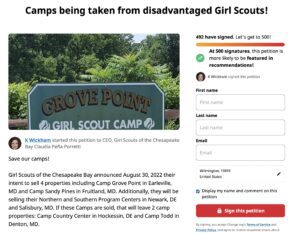 The change.org petition asking for the the Girl Scouts of the Chesapeake Bay to stop their property sale.

Council leaders chose not to post the big decision on the top of its homepage, and it’s not part of the “latest news” either. On the About page, it’s under the label of long-range property planning.

That planning tab lists several town-hall meetings, on Monday, Sept. 12, at the Peninsula Resource Center in Salisbury; on Tuesday, Sept. 13, at the Easton, Maryland, YMCA; and on Thursday, Sept. 15, at a place to be determined. Registration is required.

“All questions or topics for discussion must be submitted ahead of time,” the listing says.

“Membership and camp utilization have declined,” a slide in the planning document says, “while maintenance costs continue to rise.”

“Sales proceeds will be partially invested in the two remaining camp properties: Camp Country Center and Camp Todd covering renovations, enhancements, introduction of high adventure programmatic activities, and more,” according to the document.

The 40-acre Camp Country Center is in Hockessin; the 64-acre Camp Todd is in Denton, Maryland.

The improvements include “additional year-round overnight units, investment in high-adventure opportunities [and] investment in the STEM Lab,” according to a planning FAQ.

“Additional proceeds will be utilized to provide long-term financial sustainability for the council.”

The planning material does not estimate how much could be netted from the sale. Nor does it talk about the fate of any people who work at the resource centers or programming offered at them.

There will be no summer camp next year at Camp Grove, it says, but all current reservations for the four sites will be honored.

“Future reservation opportunities for both camp properties will remain open until further notice,” it said.

When the Newark office was opened in 2016, it was described as a $6.5 million project with a 17,000-square-foot building on seven acres. It includes natural trails, a store, storage areas, offices and spaces that can be used by families and community partners.

The language in the petition is more emotional.

“We have often asked about the existence of alleged financial issues which Council now says are the reasons they must divest of these properties,” it reads.

“However, we were routinely told that there was nothing to worry about, or we have just been ignored as have our camp properties.

“We are asking that the sale of these camps be halted and the land or either remain as green space, that our Council finances be fully investigated and are fully briefed in every detail to all members of our council, and that if any mismanagement of funds is found, that the parties responsible are held accountable to the fullest extent of law,” the petition ends.