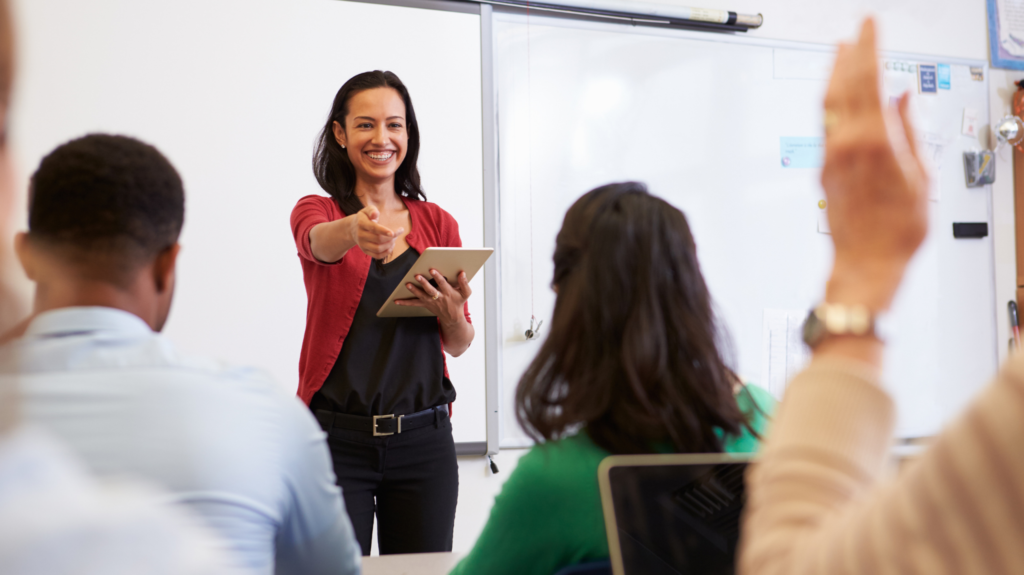 A bill making its way through the House would add about 208 permanent substitute teachers by the 23-24 school year.

Delaware schools are one step closer to being able to hire permanent substitute teachers.

House Bill 315, which would provide funding for schools to hire substitute teachers as full-time employees, has been released with bipartisan support by the House Education Committee.

Dozens of subs are needed each day across the state.  The issue became critical in December and January when the Omicron variant was spreading and teachers were exposed at home or at work, were sick themselves, or needed to take care of a sick family member.

“It got so bad that in some cases, the superintendent filled these open substitute positions,” said Rep. Debra Heffernan, D-Bellefonte, the bill’s sponsor.

Rep. Ruth Briggs King, R-Georgetown, a bill cosponsor, said that the state has had a substitute shortage problem for years, and the COVID-19 pandemic exacerbated the problem.

Briggs King said districts often must cold call teachers at the last minute in the early hours of the morning, with some subs living at the opposite of the state.

Because of the shortage, a few schools across the state had to close for a day when the Omicron rampage was at its worst.

HB 315 would create about 208 permanent substitutes who would start in time for the 2023-24 school year.

Schools would qualify for one permanent sub if they have at least 30 full-time classroom teachers already, and two if they have 55 or more full-time teachers.

The permanent subs would fill in for any middle and high school classroom teachers, as well as high-need elementary schools.

Heffernan worked with the Department of Education and the Delaware State Education Association to draft the bill.

With the substitutes serving as full-time faculty, they will get to know the school climate, and the structural and cultural aspects that make up  the building, said Briggs King.

If no teachers call out on a particular day, the full-time subs will still be busy, assisting teachers in classrooms.

Heffernan called the likelihood of a school not needing a sub on a given day “extremely rare.”

She said that it’s often hard to lure subs in with the current pay schedule and lack of benefits.

In Delaware, substitutes who hold or are eligible to hold an educator license are ranked as Class A and paid $124 a day, before taxes. Class B subs, making $99 a day, have a bachelor’s degree or are currently enrolled in school for teaching. Those without a bachelor’s degree, who sub for paraprofessionals, are designated Class C and make $79 a day.

Unless they are hired as long-term subs, they have no guarantee of day-to-day work.

The salary for the new subs created by HB 315 would be in the ballpark of $35,000, said Heffernan. That is on par with pay for starting employees with a bachelor’s degree and no certification, she said.

Including salaries and benefits, the cost of each full-time substitute will be about $71,000 a year. The pay would be split by the state and the districts.

The legislation would require about $12 million in state funds and $3.2 million in local funds for Fiscal Year 2024 and 2025, according to the fiscal note accompanying the bill.

HB 315 also would provide required professional development for substitute teachers, as well as creating a pathway for subs to meet the requirements for an emergency teaching certificate.

The Department of Education will be responsible for creating the professional development requirements by May 30, 2023.

The professional development program would provide subs with an alternate route to certification.

If a teacher went to college for biology, for example, and received a degree in something non-educational, the bill provides a pathway for he/she to still receive their teaching credentials.

While they still have to complete classwork and exams, the subs would check off the student teaching criteria needed to obtain a teaching certificate.

Briggs King followed a similar path before being hired by the Kent VoTech. She had earned a degree from DelTech in science and medical technology. She volunteered with Science Alliance to teach people about careers in healthcare and science.

When Kent VoTech had an opening, she was encouraged to apply and followed a Department of Education program to be certified in science and math, ultimately taking six different licensure classes to be fully certified.

“This will allow more people with an interest in teaching to be able to teach,” Briggs King said, “and this will create a feeder into our teacher pipeline.”

The legislation will require those filling the permanent substitute positions to have a bachelor’s degree, but not a teaching certificate.

Christine Eisenauer, executive director of partnerships at Relay GSE, a teacher development school, said the bill creates a linear path for prospective teachers to receive their certification, which will help grow the state’s teacher pipeline.

The bill was released by the House Education Committee with a vote of six yes and eight on its merits. On its merits means the voter thought the bill should be heard, but was not willing to commit to a yes or a no.

The bill now moves to the House Appropriations Committee because state money is involved.