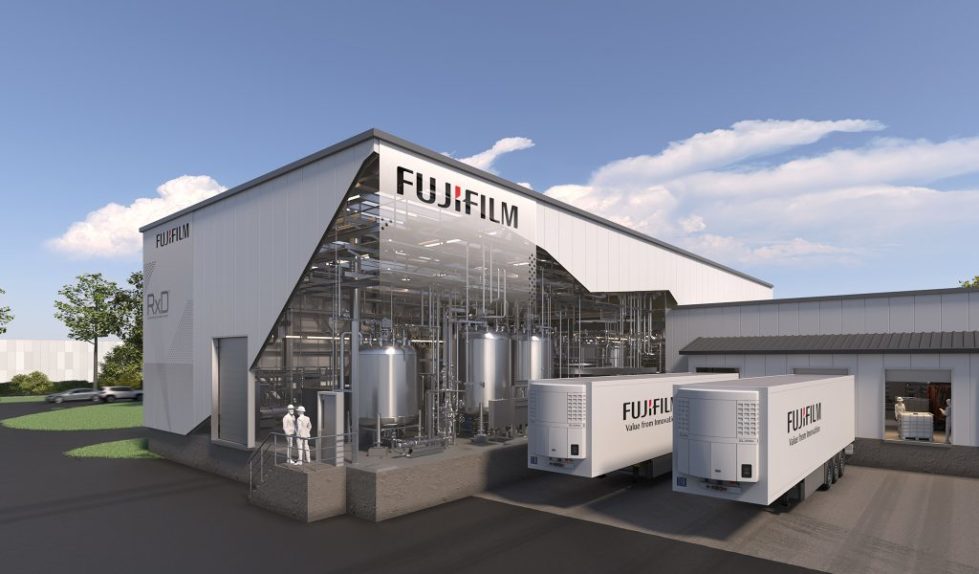 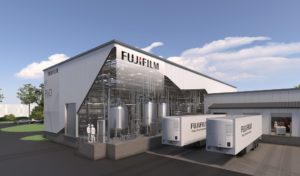 This Fujifilm rendering released in March shows what the New Castle facility is expected to look like.

Fujifilm on Thursday opened the first of two new manufacturing plants that will produce printer inks.

The 8,100-square-foot facility includes manufacturing and process control equipment is in addition to the current 40,000 square feet of occupied manufacturing space at the site, which employs 90 people.

“It’s an exciting day for Fujifilm,” said Ian Wilkinson, president and chief operating officer of Fujifilm’s Imaging Colorants Inc. “I am proud that we have been able to deliver this brand-new production facility according to our original plan, despite the challenges that the pandemic presented us with, and we’re here to celebrate that today. ”

They use a proprietary cross-linking technology to lock each pigment particle in a secure polymer cage, resulting in a highly stable dispersion that enables the design of ink formulations that can meet demanding performance requirements, the release said.

A second facility, which will add 11,000 square feet of operational space to overall site is being built and is expected to be operational by summer 2023.

When both facilities are running, the two plants will double Fujifilm’s production capacity of pigment dispersions in the U.S. to meet the fast-growing demand for inkjet printing globally.

For more, go to www.fujifilmink.com.