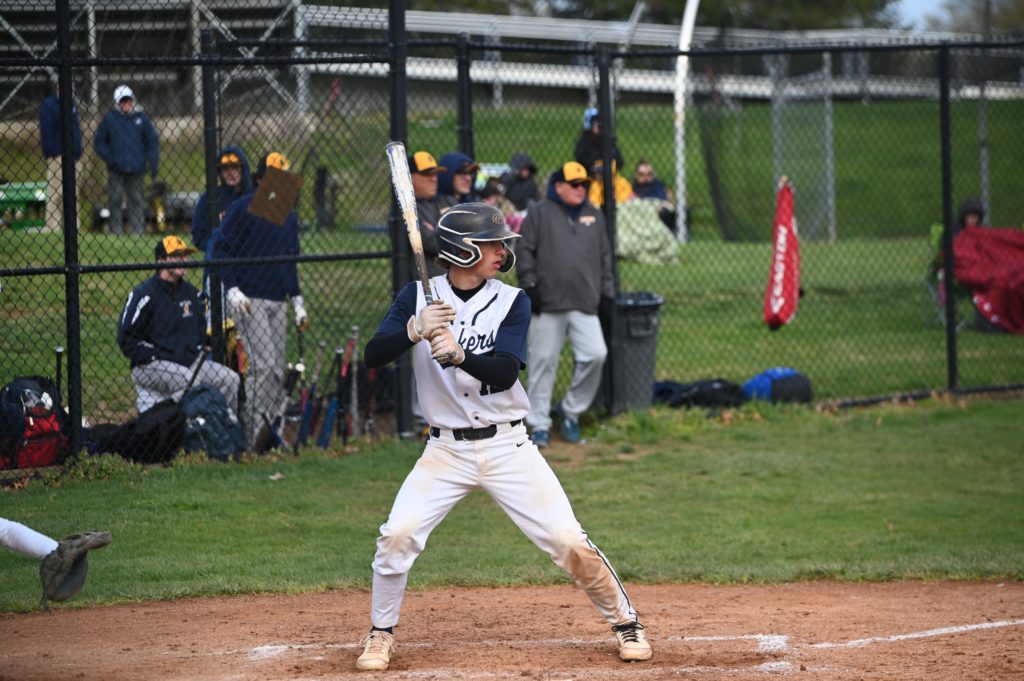 Nathan Huxtable at bat against Sanford, photo by Nick Halliday

Sanford scored three runs in the top of the seventh inning giving them their first lead of the game. Dylan Smallwood got things started leading off the inning with a single. Luke Filliben then reached on an error. After a strikeout by Tyler Goetz. Jack Lazarski reached on a fielder’s choice.

With two runners on Brady Bolman hit a double to left field, scoring both Smallwood and Lazarski. Ryan Timmons drove in Bolman with a live drive single to left field giving Sanford an 7-5 lead.

Wilmington answered with three runs of their own in the bottom of the seventh. Ryan Tattersall led off with a single to left field. Back to back walks to Andrew Huff and Jack Heckles loaded the bases for the Quakers. Osinachi Chukwuocha then singled on othTattersall and Huff tying the game at 7-7

After a sacrifice fly from Jason Hughes Nathan Huxtable singled on a 1-0 count, scoring Heckles as Wilmington Friends came away with a 8-7 walk-off win over the Sanford Warriors

Shweiki started the game, but Braeden Pantano got the win for Friends. He pitched one inning, allowing three hits and three runs while striking out one and walking zero.