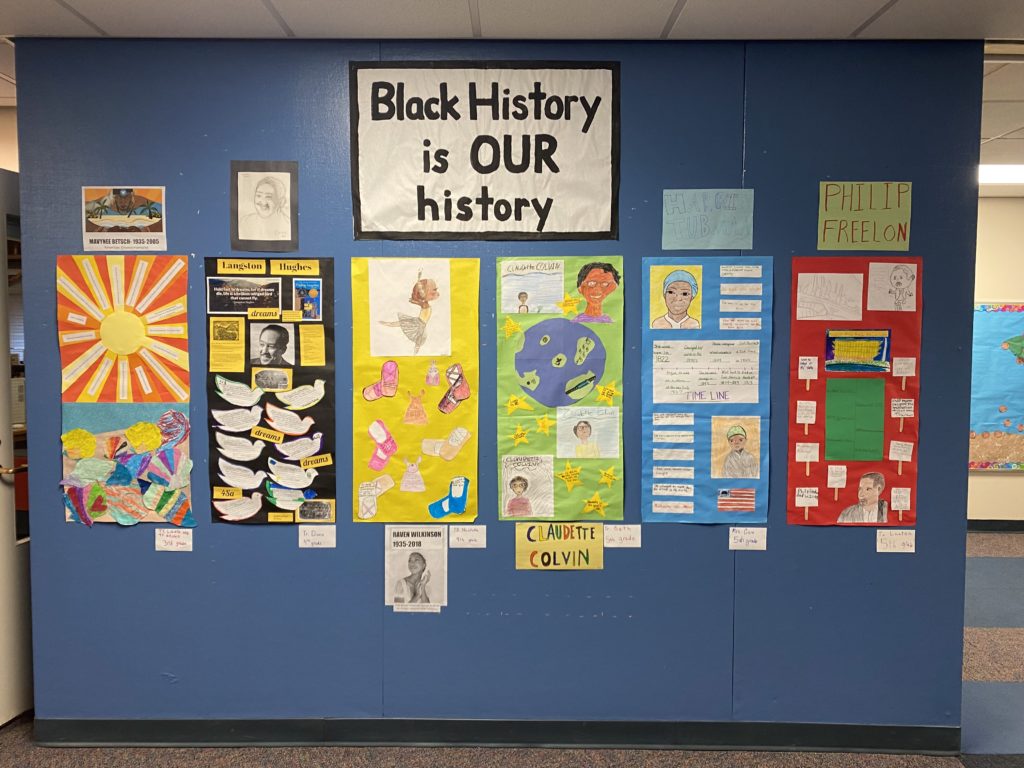 Wilmington Friends School fifth grader Gabby Jones feels like she participated in making sure part of America’s heritage is celebrated and not forgotten when she worked on a Black History Month display .

She and students from PreK to sixth grade participated in a project in which every elementary grade helps create posters based on the subjects they’re studying.

“We put the banners at the main entrance so whenever someone comes in, they will immediately see what we created and how important it is to celebrate Black history,” Gabby said.

The blue entrance walls of the school are lined with 14 banners this month.

The students chose the topics, and they wanted to highlight people who are significant but might not be well known, administrators said. The banners are full of student art, as well as descriptions of individuals incorporating research done by the children.

“We intended to show how Black history is so woven into every facet that we teach,” said Wilmington Friends’ Head Librarian Kate McCarron.

It’s a typical project for the private Quaker school, which stresses simplicity, peace, integrity, community, equality and stewardship as its core values. It calls those values SPICES.

“As a Quaker school, we are peacemakers,” McCarron said.

Those values are shared in the banners in many ways, said Assistant Librarian Sue Geoghegan.

Preschool students, who are studying music, highlighted two Black musicians: trumpeter Charlie Parker, a pioneer for jazz music, and Charles Wright, who wrote “Express Yourself,” a song that Geoghegan says is a class favorite among the children. 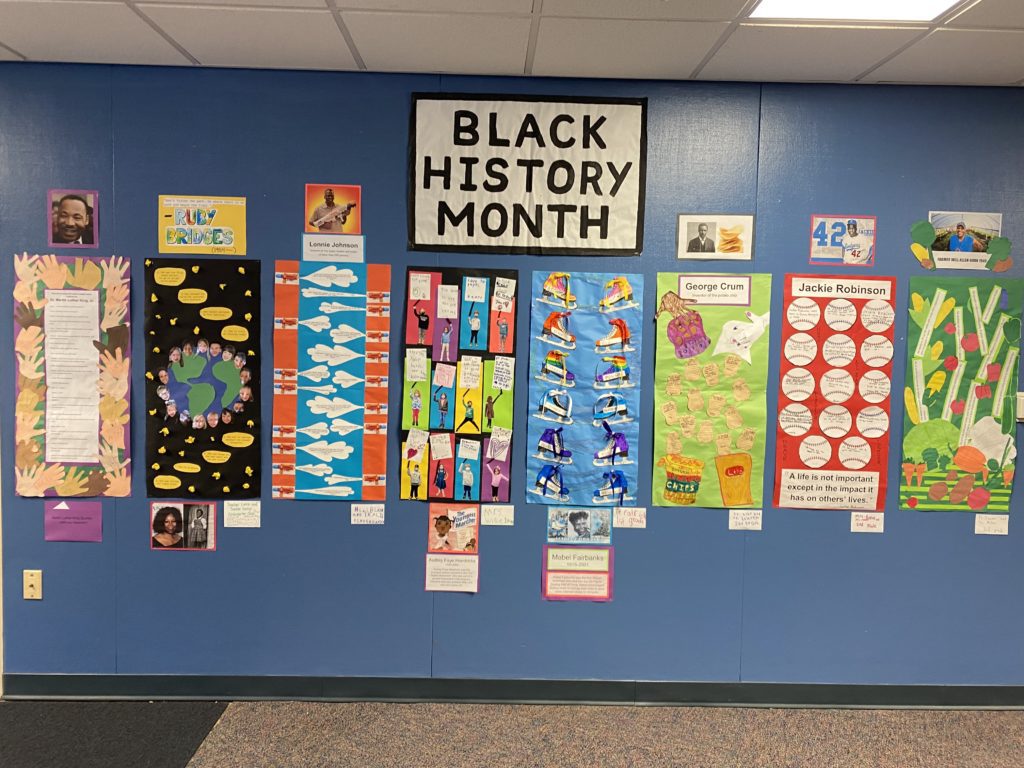 A Wilmington Friends display for Black History Month sits in their entry hall for visitors and others to see.

Second-graders may have been thinking with their tummies. They study inventors and inventions and their mural features George Crum, the inventor of the potato chip.

They used Kelly Starling Lyons’ novel “Dream Builder,” about Freelon, as inspiration for their banner. Lyons will visit the school this spring.

Geoghegan said that the school had a similar display in years past, and they found parents or visitors who were coming in to the school usually stopped to examine it.

“The people that are on the banner did something to help change the world to make it a better place,” said Mia Jefferson, a fourth-grader. “Black people weren’t treated as equal as the White people were, and that definitely says a lot to us in thinking about how we can change the world.”

Her favorite part of the mural project was all the students working together.

“Just seeing all of our facts and the artwork we made come together was really exciting,” Jefferson said. “We put a lot of work into it and to see how it turned out, I’m really proud of ourselves.”

Nyomi Leutzinger, a first-grader, focused on Rosa Parks for her piece of the banner. She also cares about the environment and linked that in her artwork, which read “don’t litter, put it in the trash.”

“I feel like I’m saving the world because I see lots of litter everywhere and it makes me sad,” she said. “Me and my family are going to start picking up litter when I go home.”

McCarron said the student effort fills her with pride, but it doesn’t surprise her.

“They are so articulate and really understand our mission here at Friends,” she said. “It’s part of who we are here, and they are speaking from the heart.”