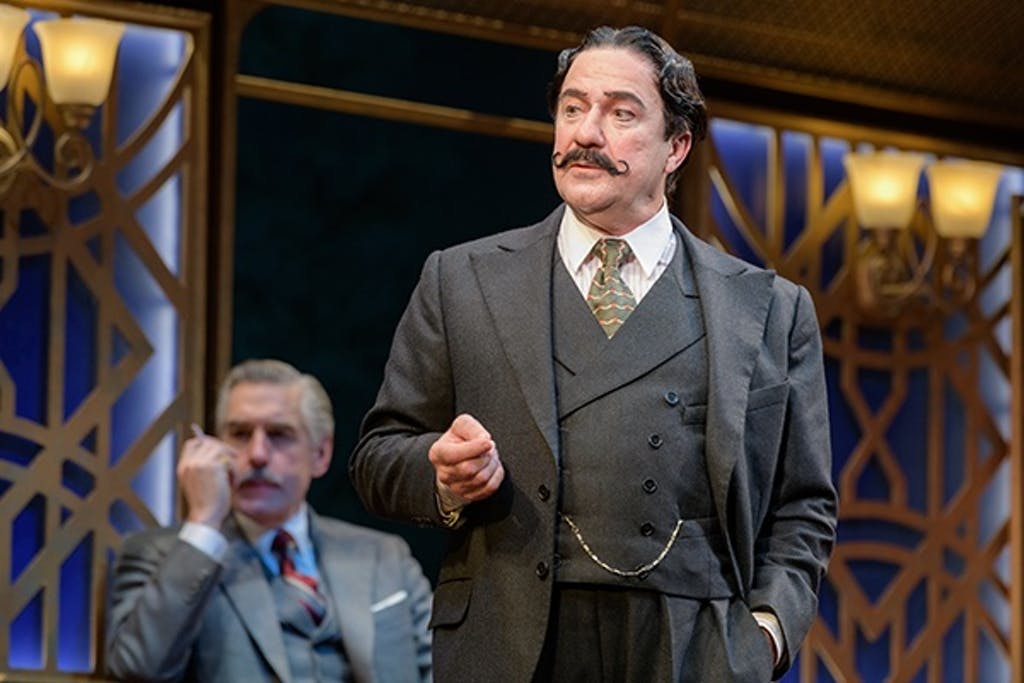 A new, free audio-only adaptation of an Agatha Christie short story closes the 2020-21 season of the University of Delaware Resident Ensemble Players.

To accompany “The Cornish Mystery,” which debuts April 23, UD’s library has created an companion online exhibition. “Agatha Christie’s Poirot” highlights materials from the collections of the University of Delaware Library, Museums and Press.

“The Cornish Mystery” starts with when a woman tells the detective Hercule Poirot that she think she’s being poisoned by her husband. By the time he visits her home to investigate, she’s dead. “Is her husband really guilty of the poisoning?” the REP poses. “Or did her niece do her in? Or perhaps it was her niece’s fiancé?”

“The Cornish Mystery” stars REP member Lee E. Ernst as Poirot, a part he has twice played before for UD: in “The King of Clubs,” available for streaming through May 21, and on stage in 2019 in a fun adaptation of the classic “Murder on the Orient Express.”

“I’m not a Christie-phile, but I admire her and think she’s fantastic,” Ernst said, noting that he’s played two other Christie characters (a victim in “The Hollow” and a suspect in “The Mousetrap”) and has seen others portray the prissy Poirot.

As an a veteran actor (he’s a 1992 graduate of UD’s Professional Theatre Training Program), he knows his job is to enable transformation – “making room for the character.” 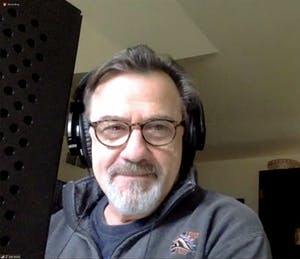 “Pure authenticity is not always the audience’s friend,” he continued in talking about accents. “You have to strike a balance so that they hear the character while you tell the story as clearly and accurately as possible so that the listener can take it all in. [Particularly] all the descriptors, clues and red herrings that constitute a good murder mystery.”

With its space in the Roselle Center for the Arts on UD’s main Newark campus closed as a pandemic precaution, the REP pivoted to audio-only productions in the cloud that trendy listeners can treat them as podcasts.

Its audio production of a 1952 adaptation of the 1939 hit comedy “Arsenic and Old Lace” will be available for free streams through May 16.

Both “The Cornish Mystery” and “The King of Clubs” were adapted by Michael Gotch, a REP actor and 2003 PTTP graduate. Gotch also wrote the audio adaptation of “Dracula” that UD Rep presented last year.