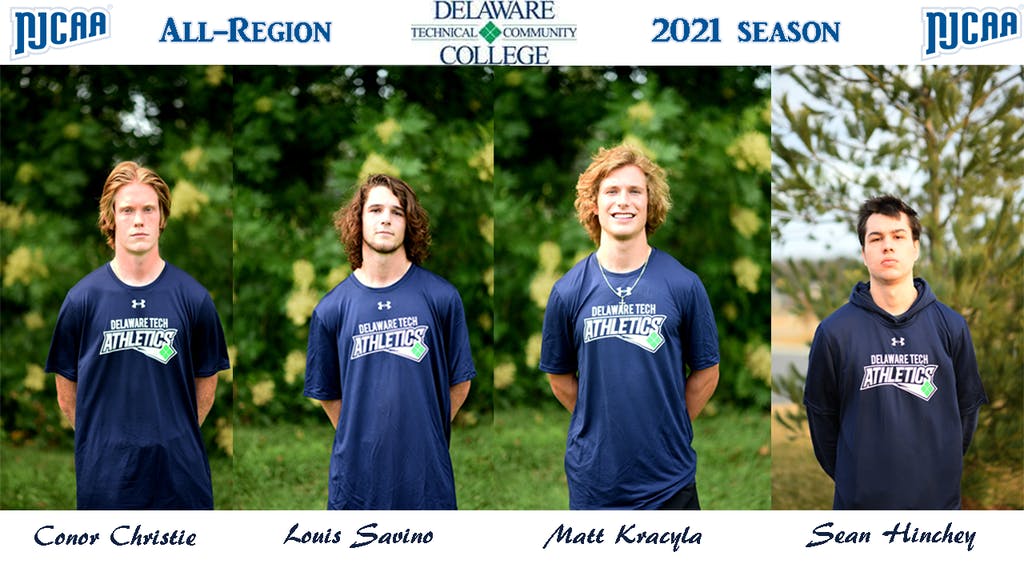 After resuming play at the collegiate level for the first time since 2018, the future of the Delaware Technical Community College lacrosse program is looking bright.

While there are still a few games to make up that were postponed earlier this season, the program had four players earn National Junior College Athletic Association All-Region honors for their outstanding play during the 2021 season. Conor Christie and Sean Hinchey were named all-region attack, while Matt Kracyla and Louis Savino were named all-region midfield. Savino is also the team’s primary face-off player.

“The rebuilding of the once-strong Delaware Tech lacrosse program has been fun to watch,” said Michael Ryan, collegewide director of athletics. “Head Coach Sean Tischler and Assistant Coach Franc Cook have brought in a great group of young men that can not only play the game at a high level but also perform well in the classroom.

“The four all-region members are the backbone of the team and a huge part of the team’s success. We are very proud of them and look forward to seeing what they can do next year as well.” 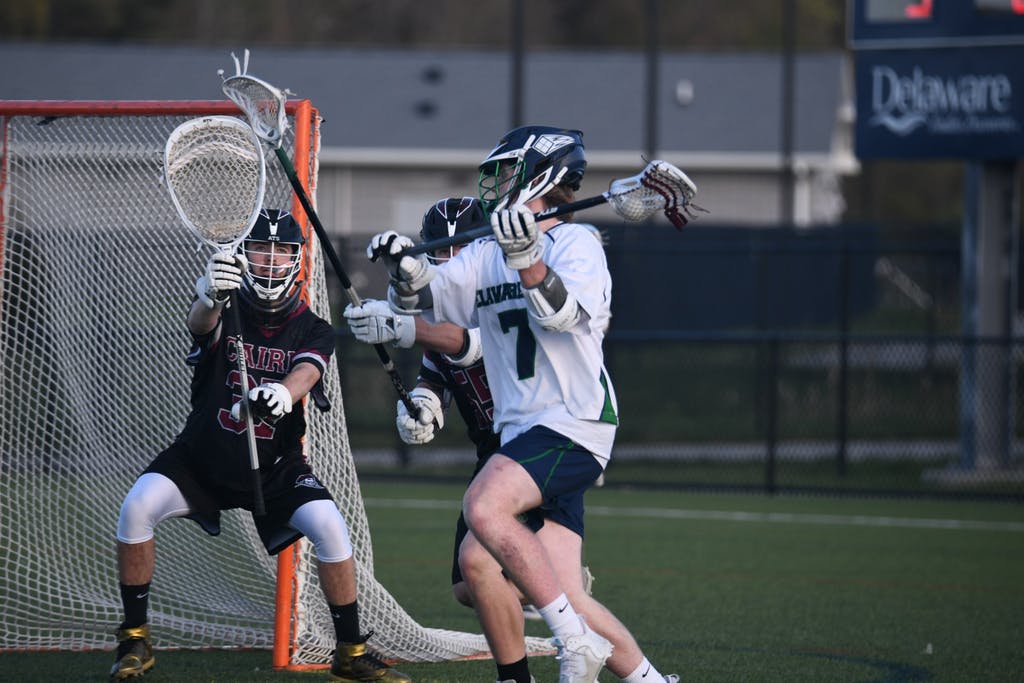 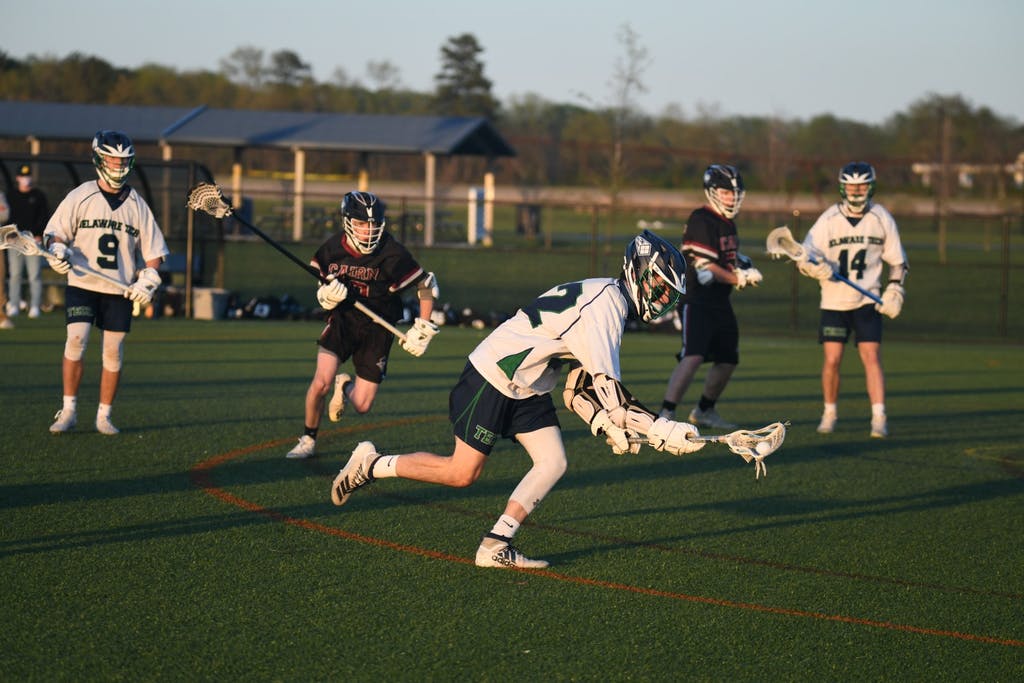 “Conor is an all-around lacrosse player, a guy who can create his own shot and gets his teammates in the book as well,” Tischler said. “Sean is a shooter and finisher, and someone who brought toughness to the attack unit.” 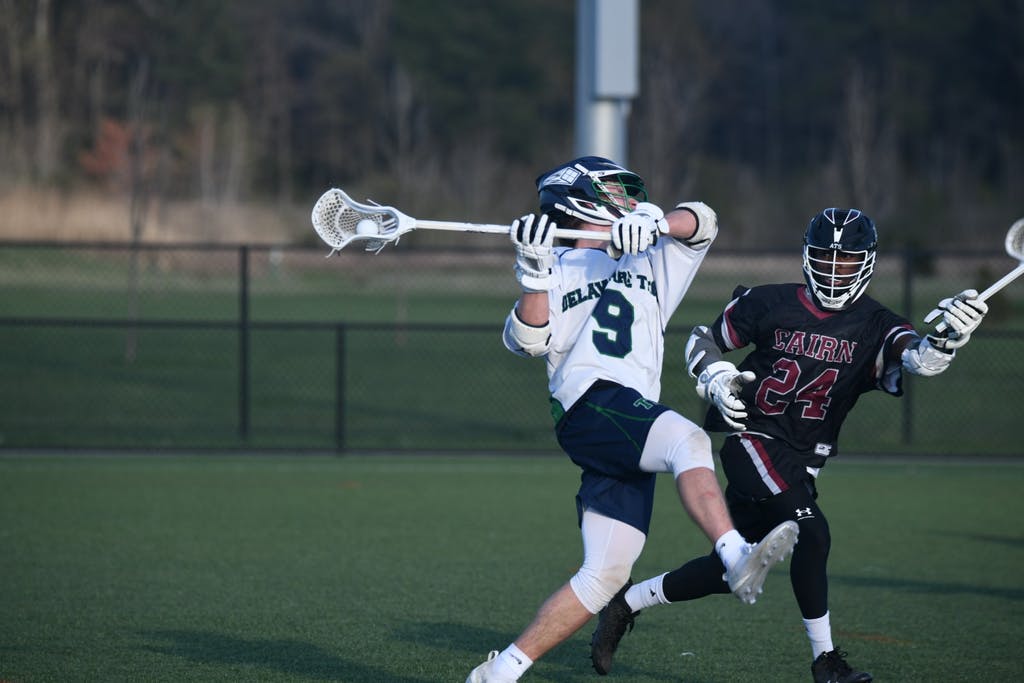 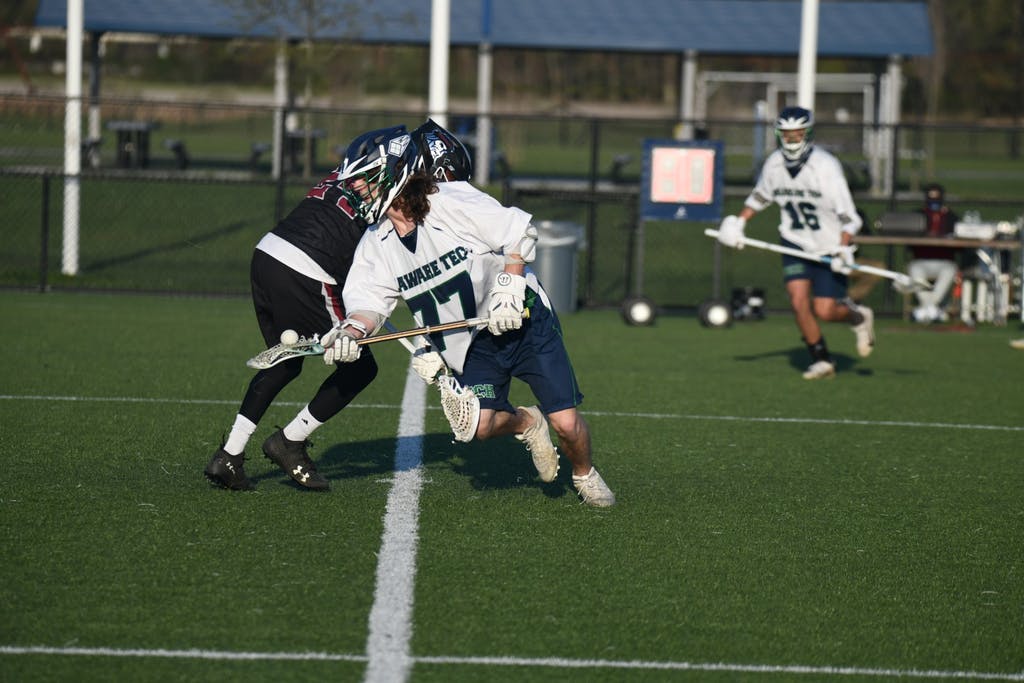 “Matt is a throwback midfielder, a guy who plays both ends of the field. He is our best scoring middy and best defensive middy, and a fantastic leader as well,” Tischler said. “Louis is one of the toughest guys you could ever coach, both physically and mentally. He has such a competitive drive to dominate his opponent at the face-off.”