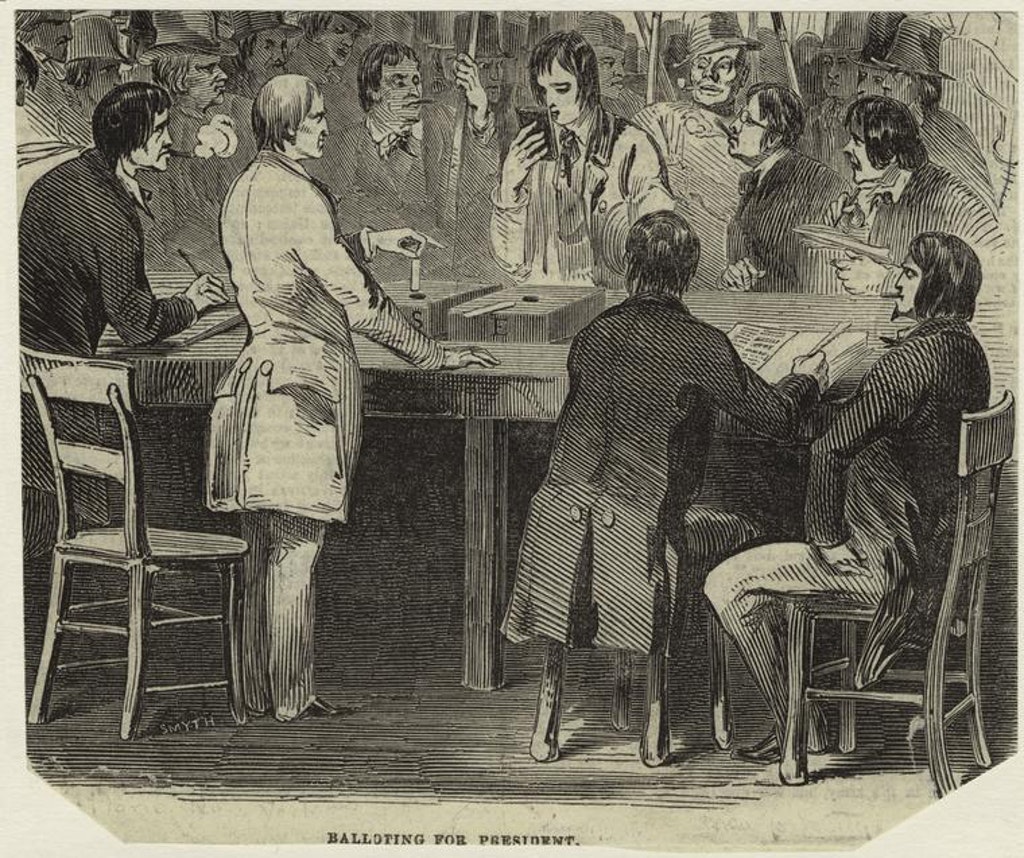 Our Founding Fathers established the principle of peaceful transitions of power.

The foundation of our democracy is the pact between the branches of government and the power of states’ rights to ensure a strong, enduring Republic.

As we ushered in a new administration this week, it is worth exploring how the separation of powers have continually ensured peaceful transitions of power in the United States of America; the value of states’ rights is tantamount to the protection our Constitution.

These past few weeks were tumultuous and charged. But our way of life endures, and we have history, precedent and the brilliance of the Founding Fathers to thank for our stability.

In this Founder’s Folio we will take a brief look at how transitions of power in America—though often contentious, have historically protected our democracy from the beginning.

“The first ever peaceful transition of power after bitterly contested popular elections fought by principled partisans occurred in America, in the “Revolution of 1800,” after elections that gave the Republican party led by Thomas Jefferson control over both the presidency and congress.”

The congressional role in certifying an election is purely ceremonial and ministerial in effect. Rather, the citizens and the states determine elections. States that are comprised of communities who determine how their voting is certified. And the transition from the Trump Administration to the Biden Administration is that system in place working as it should.

Were there other challenges and issues in transition of power in the history of our country, and what did those look like?

The election of 1800 was hard-fought and came down to a tie in electoral votes that resulted in a contingent election in the House of Representatives. After much contention and debate in the House, Jefferson received more votes and became the next president of the United States. At the moment we ensured a power transition model in America that relied on Ballots, not Bullets.

This critically important election set in motion the standards for how we decide elections, and those standards are not to be broken, nor will they be, so long as we follow the guidance of the precedent set before us.

So as we continue forward towards the America of the future, we always look to the past for guidance. The stability of our country is built upon a foundation of history and precedent. That is how our Republic endures, and it is how we ensure the peaceful transition of power.

For the only way to contest a fair election is take it to the ballot box. Let us end on a valuable reminder of that fact from President Lincoln:

“There can be no successful appeal from a fair election, but to the next election.”- Abraham Lincoln (August 1863)

Chris L Kenny, Esq. is a Delaware business leader and philanthropist with a mission to provide the Delaware community with engaging, action-oriented thought leadership on the greatest issues affecting life and business in the state. Founder of Delaware Live and president and CEO to one of Delaware’s largest chain of supermarkets, Kenny is a current and former board member for over a dozen nonprofits in the state and offers unique insights into the Delaware business climate, economy, food industry, its people and community. Read  Kenny’s personal blog The Sword in The Stone here and visit his personal website here. Also follow him on Facebook. Twitter, Instagram, LinkedIn and Youtube