“While the news of Governor du Pont’s passing was not unexpected, all those at the Pete du Pont Freedom Foundation are deeply saddened by this great loss,” the organization posted on their social media page on Saturday night.  “For a shining moment in Delaware’s history, the State had a great leader and a steadfast friend. Pete du Pont possessed clear vision, buoyant enthusiasm and a fascination for innovative approaches to old problems.” 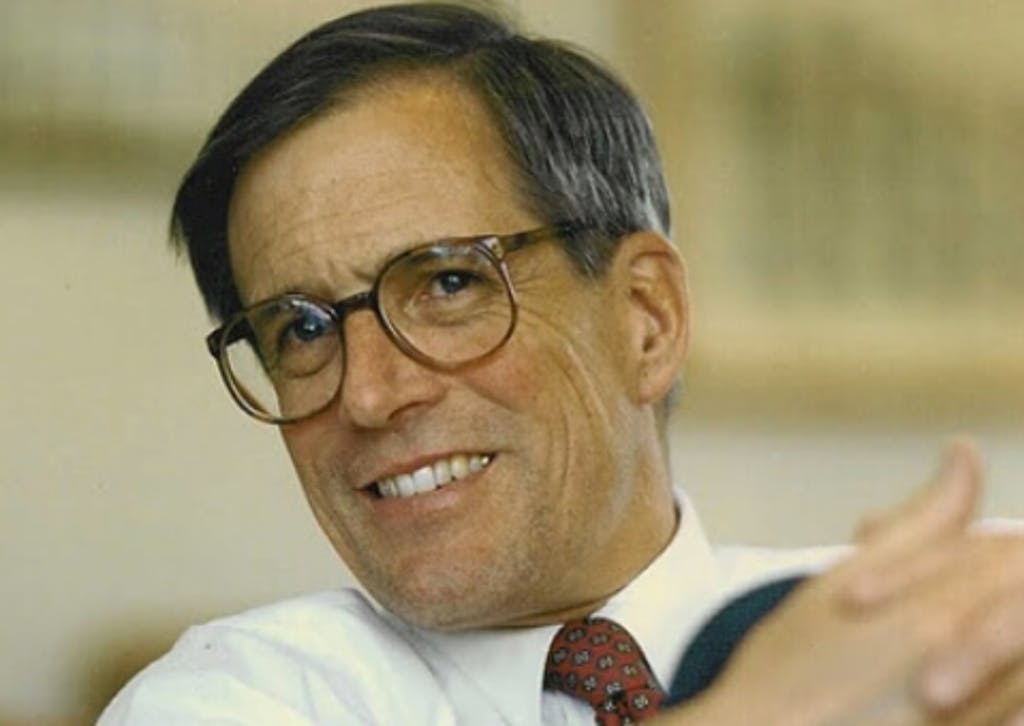 In 1987, Governor du Pont launched a campaign for President of the United States, competing for the Republican nomination with then Vice-President George H.W. Bush, Senator Bob Dole, Congressman Jack Kemp and televangelist, Pat Robertson. Columnist George Will said about du Pont’s 1988 campaign for president, “du Pont has the highest substance-to-blather ratio among candidates, even on subjects as sensitive as agriculture policy and Social Security.”

After a modest showing in the New Hampshire Primary in February 1988, Governor du Pont withdrew and supported the eventual nominee, George H. W.

Bush. Thereafter he withdrew from the political arena to become a partner of the Wilmington, Delaware law firm, Richards, Layton & Finger.

During his career in public service, Governor du Pont served as Chairman of the Education Commission of the States, the Hudson Institute, the National Review Institute, and the National Center for Policy Analysis. In 1978 he founded GOPAC, a political action committee, with the goal of creating a base of promising Republican state office holders who could run for Congress or higher offices later. Many credit GOPAC for being a key catalyst in expanding the American conservative movement in 1994, flipping both the House and the Senate. Governor du Pont was a regular columnist on OpinionJournal.com, the editorial page website of the Wall Street Journal. His column was entitled Outside the Box and discussed current public policy and political matters from 2000 to 2014. In December of 1999, the Delaware News Journal selected him as one of the “Delawareans of the Century.”

In 2003, Governor du Pont established the Pete du Pont Individual Freedom Award given to an individual who has championed a successful idea which has led to economic growth or brought innovation to the private sector. The Pete du Pont Freedom Foundation was established in 2017 to create jobs and opportunity in Delaware.

Governor du Pont was born in Wilmington, Delaware on January 22, 1935, the oldest of three children of Pierre S. du Pont III and Jane Holcomb du Pont. He was a direct descendant of E.I du Pont de Nemours, the founder of the Du Pont Company, a great nephew of Pierre S. du Pont, the founder of Longwood Gardens, and a cousin of Henry Francis du Pont, the founder of Winterthur Museum. Governor du Pont attended Tower Hill School, graduated from Philips Exeter Academy, received a B.S in Mechanical Engineering from Princeton University in 1956, and graduated from Harvard Law School in 1963 where he won the Moot Court competition during his final year. He was an accomplished sailor, winning the King Oscar II Jubilee Cup in Sweden, sailing aboard the yacht “Weatherly” in the 1958 America’s Cup trials, and sailing in numerous ocean races.

Governor du Pont is survived by his wife of over 60 years, Elise Ravenel Wood from Wawa, Pennsylvania and their four children, Elise du Pont Zoller and her husband Preston of Salt Lake City, Utah, Pierre S. du Pont, V and his wife Jenny of Ossining, New York, Benjamin Franklin du Pont and his wife Laura of Rockland, Delaware, Éleuthère I. du Pont (“Thère”) and his wife Darla of Wilmington, Delaware, and ten grandchildren. In addition, Governor du Pont is survived by his sister, Michele Goss of San Francisco, California.

Due to Covid-19, a memorial service will be held at a later date.

In lieu of flowers, the family asks that donations be made to the Frontotemporal Disorders Unit at Mass General Hospital, Dr. Dickerson’s lab: https://Giving.MassGeneral.org/FTDUnit and the Pete du Pont Freedom Foundation, https://www.petedupontfreedomfoundation.org.