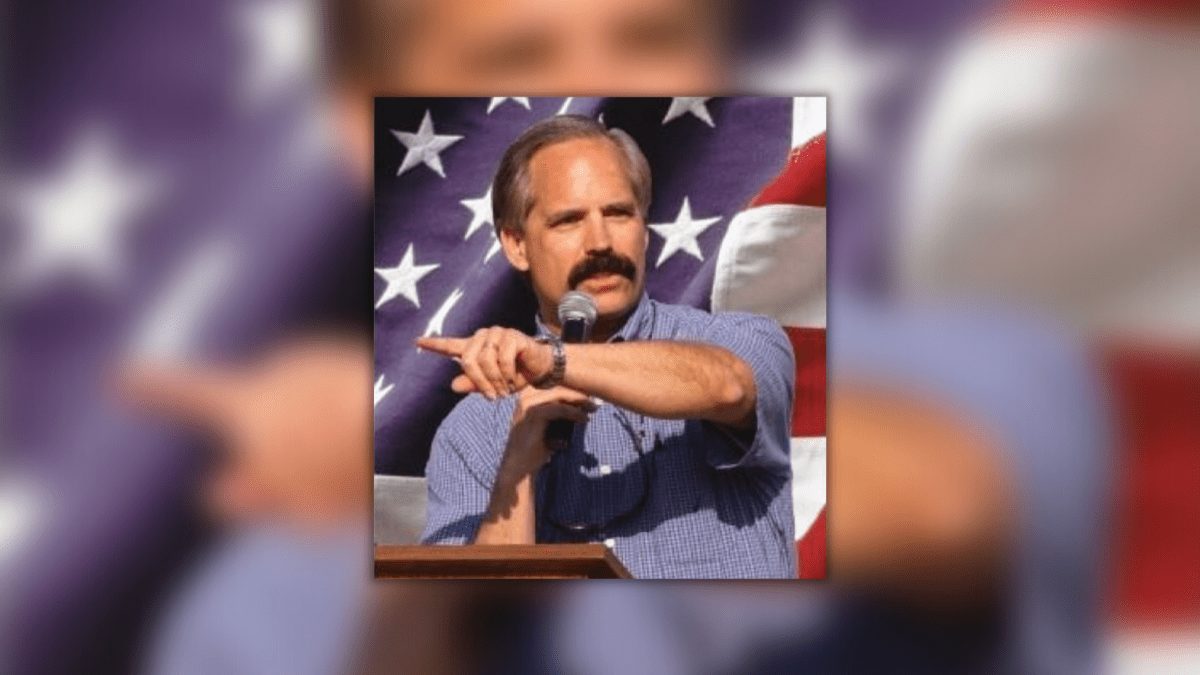 A former Delaware Republican candidate for governor and U.S. Senate will spend a year behind bars after pleading guilty to federal charges of mailing threats to his ex-wife’s attorney.

Michael Protack, 64, was sentenced Tuesday to 12 months in prison by U.S. District Judge Richard G. Andrews on the charge of mailing threatening communications.

According to court documents, Protack used the U.S. mail to send a series of threatening communication to his ex-wife’s attorney.

“You won’t know when, where or how but your end has been written,” the communication said. “Take the time and put your affairs in order because they will not find your body for weeks.”

Another threat, received a couple of months later, contained nothing more than a graphic image of a dead, mutilated body.

One of the last threats received by the victim stated, “I drive past your office every day.”

In handing down his sentence, Judge Andrews described Mr. Protack’s conduct as a “campaign of terror” and noted the lengths to which Mr. Protack went to conceal his identity as the perpetrator.

Andrews further noted that Protack’s actions represented a “very serious offense” and there was a need for just punishment that would promote respect for the law.

United States Attorney for the District of Delaware David Weiss said “Protack’s repeated threats to murder another human being is, indeed, a very serious offense, and the court’s sentence reflects that fact.”

“My office is dedicated to obtaining justice for victims of violent crime and holding the perpetrators of these crimes accountable,” Weiss said. “I want to thank the U.S. Postal Inspection Service and the FBI for their diligence in investigating this case and helping bring Mr. Protack to justice.”

Damon Wood, inspector in charge of the Philadelphia Division of the Postal Inspection Service said people using the U.S. mail to terrorize others is not that common.

“The Postal Inspection Service, however, takes such threats seriously and will aggressively investigate anyone who uses the mail to terrorize or threaten another person,” Wood said. “Protack thought that by using the mail, he would never be identified.  Thanks to the work of local Postal Inspectors and agents of the FBI, he was identified and now has a year in prison to think about his crime.”

Wood said anybody who is being threatened through the mail should not hesitate to file a complaint with the Postal Inspection Service.

“We have over two hundred years of experience investigating and identifying criminals who use the mail to commit or facilitate crimes,” he said.

The case was investigated by the U.S. Postal Inspection Service and the FBI’s Delaware Violent Crime and Safe Streets Taskforce in the Wilmington Resident Agency.

Protack, who graduated from William Penn High School in 1975 and the University of Delaware in 1979, unsuccessfully sought the Republican nomination for governor in 2004 and 2008 and for U.S. Senate in 2006.