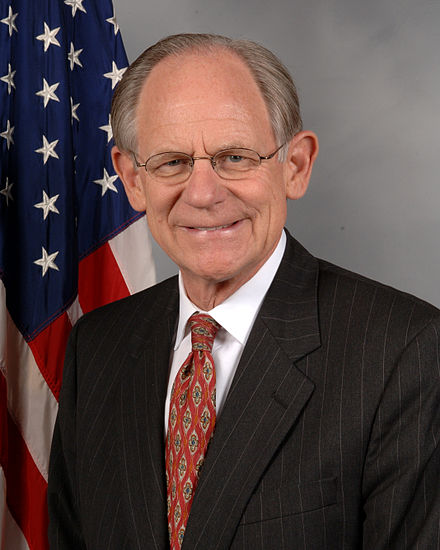 A Better Delaware is a non-partisan public policy and political advocacy organization that supports pro-growth, pro-jobs policies and greater transparency and accountability in state government.

“Gov. Castle is one of Delaware’s most distinguished statesmen,” said Chris Kenny, chairman and founder of A Better Delaware. “ABD is fortunate to benefit from his wise counsel to generate pragmatic solutions to help advance our mission.”

“A Better Delaware has established itself as a leading mainstream voice for taxpayer accountability and good governance,” said Castle. “I am pleased to join the board and look forward to helping the team fulfill ABD’s vision for Delaware that embraces a more favorable environment for job creators and delivering more balance in Dover.”

Castle will serve with Advisory Board member Sam Waltz, founding publisher of the Delaware Business Times and an award-winning respected business and civic leader active in strategic C-level business and change counsel.

“I’ve known Mike Castle since 1975, when he was a young state senator, and I came to Delaware for the News Journal to cover the General Assembly and the Governor,” Waltz said. “Indeed, Delawareans will be far better off with Gov. Castle joining us at A Better Delaware.”

During 40 years in public office, Castle served two terms as governor, from 1985 to 1992, before he was elected to the U.S. House of Representatives for nine terms.

While in Congress, Castle served on the Financial Services Committee and on the Education and Labor Committee and was a strong advocate for fiscal responsibility and working across party lines to build bridges and form coalitions to find pragmatic, bipartisan solutions to some of the nation’s most pressing problems.

“Mike Castle shares our passion to advocate with and for the citizens of Delaware,” said Kathleen Rutherford, cxecutive director for A Better Delaware. “In the upcoming legislative session, we will focus our support on formation of a nonpartisan Office of Legislative Ethics and an Office of Inspector General. Further, we will be advocating for lowering individual and corporate tax burdens, fiscal prudence by increasing the Rainy Day Fund, adhering to budget smoothing, and paying down the public pension debt.”