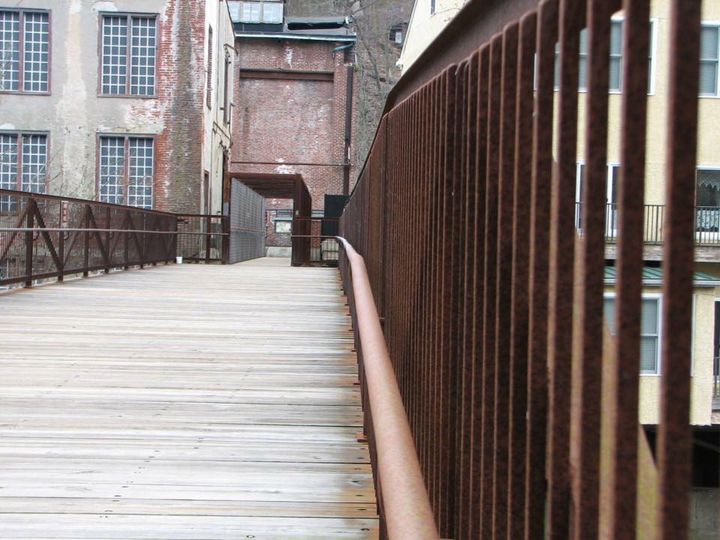 Bancroft Pedestrian Bridge in Alapocas Run State Park will remain closed for an unknown period of time due to structural damage. Photo by DNREC.

The Bancroft Bridge in Alapocas Run State Park sustained such extensive damage from flooding as the last of Hurricane Ida that it will be closed until it is substantially repaired or possibly replaced.

The Delaware Department of Natural Resources and Environmental Control’s Division of Parks and Recreation closed the popular walking bridge after an initial inspection following the Sept. 2 flooding, a Friday press release said.

This week a structural engineer confirmed significant damage to its lower structure from debris in floodwaters.

The bridge itself has bowed and shifted on its support beams and foundation, which has cracked.

Repairing the bridge would require a piece-by-piece evaluation and structural rebuild, the press release said. Depending on the severity of the damage, the bridge may need to be demolished and a new one built.

The state said no timeframe could be given for the process. It included finishing the assessment, planning and designing a new option as well as funding and construction.

The bridge will be closed for an extended period of time, the press release said.

Updates about the bridge’s repair or replacement progress will be shared on DNREC’s Alapocas Run and Wilmington State Parks Facebook page.