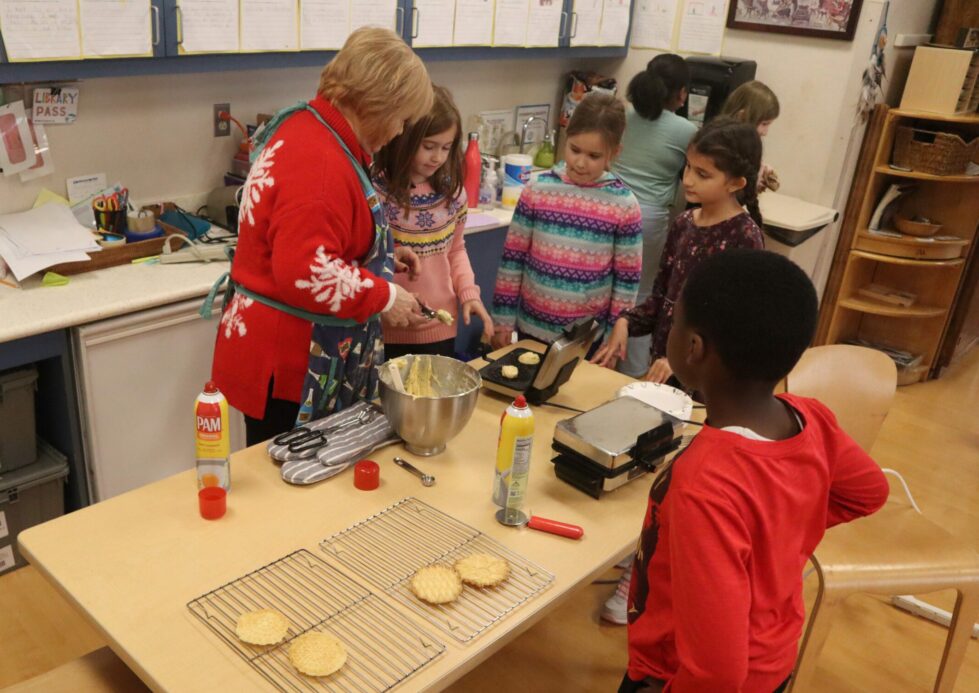 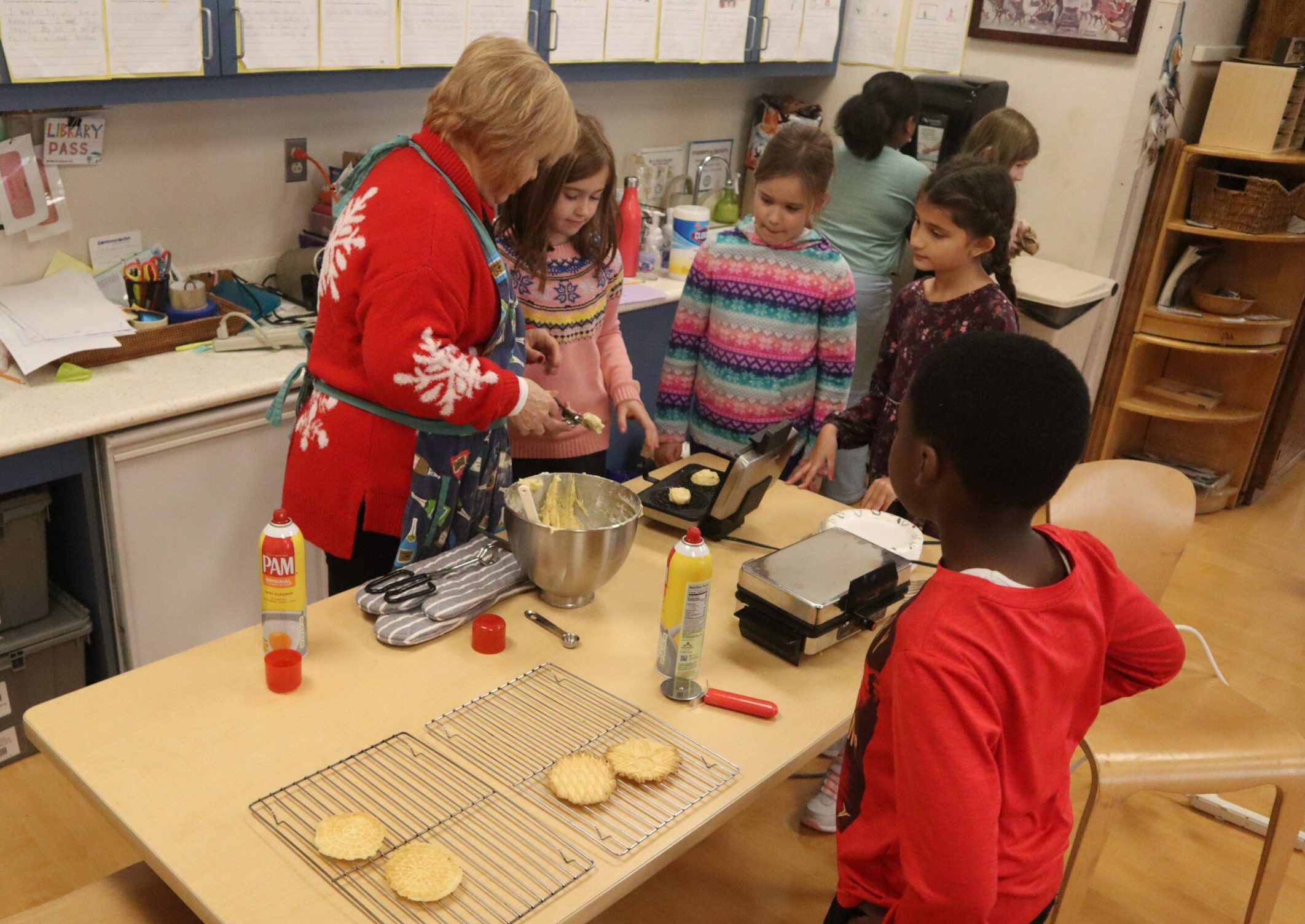 Some of First State Montessori’s second- and third-graders made Italian pizzelles to eat and donate to a Downtown Visions. (Jarek Rutz/Delaware LIVE News)

“It’s really good to give back to the community during the holidays,” said third-grader Zoe Drummond. “It’s also exciting to learn about other cultures and try food from around the world.”

Each holiday season, the little ones make cuisine from a region of the world they’re learning about.

Last year, for example, they made latkes, a Jewish potato pancake, for Hanukkah.

This year, students will donate a few dozen pizzelles to Downtown Visions, a Wilmington group that works in safety, cleaning, and security.

The group escorts First State Montessori students on field trips and patrols traffic during the school’s annual vocabulary parade in the city.

“A lot of times the food will derive from either a student in the class who has a connection to a place we’re learning about, or a student that has somebody who can come in and help,” said Head of School Courtney Fox.

Jean Phillips’ shared her family history with the class, including the recipe book that comes from her grandparents and includes an authentic Italian pizzelle recipe. Her grandparents and great-grandparents were her first family members to come to Ellis Island in America after leaving Italy.

Most of the students in the crowd were squeamish when Phillips asked if they liked black jelly beans or black licorice.

Anise, a spice plant that gives that distinct black licorice taste, is traditionally added, via liquid extract, to the pizzelle batter.

Since most of the students don’t like that flavor, Phillips made the majority of pizzelles with vanilla extract, and made a handful with anise extract, the traditional Italian method.

The pizzelle batter is scooped into tablespoons and placed on a hot plate that closes, similar to a waffle maker, but thinner.

They each take about a minute to make, depending on the desired crunchiness.

At Montessori schools, teacher Liz Ackroyd said, the curriculum is focused on the needs and wants of students, with an emphasis on creating independence and cultural competence.

That includes learning about financial literacy, learning how to cook, sitting at communal tables rather than individual desks to promote socialization, and filling the classroom with plants and greenery to develop an appreciation for nature.

“Kids that are in a traditional school will be sitting down at a desk all day long, and will sometimes face consequences if they get up or eat or need a quick break,” Ackroyd said.

“Here, we encourage our children to listen to their bodies and recognize if they need to move around or need to step out and eat.”

Jill Pyle, another teacher, said there’s always an emphasis on practical life and getting students ready for the outside world, especially in an age with so much global interconnectedness.

“I don’t really crack eggs open ever, so it was cool to make new foods,” said third-grader Truman Nagle.

Nagle, who frequently travels to his family, loves to bring back postcards to his classmates and share his experiences in other countries.

“It’s great to learn about people from across the world,” he said. “They taste really good, but it’s nice to be able to donate them with the holidays coming up.”