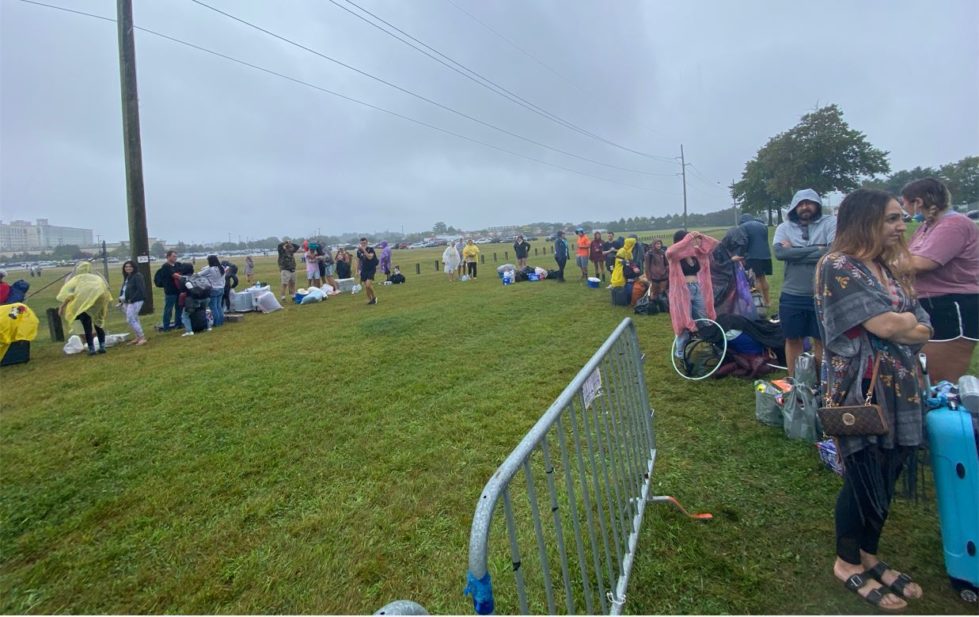 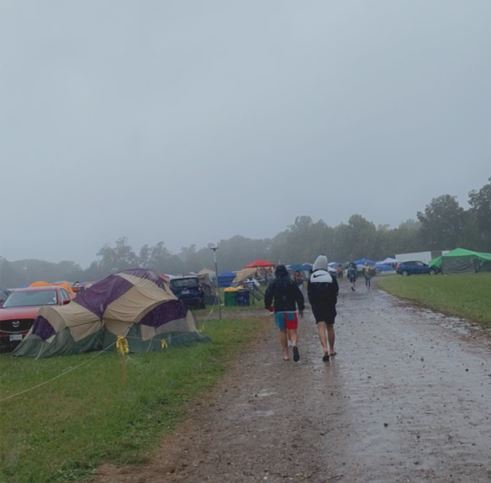 Firefly campers already in the grounds are having to deal with the rain as they wait for the music to start.

DOVER — Firefly Music Festival is off to a slow start after heavy thunderstorms forced organizers to delay the beginning of the festival.
Entrances to the festival have been temporarily closed and festival-goers are not being admitted at this time.
According to a radio transmission sent to all Firefly staff, organizers do not yet know when they will reopen the gates and resume shuttles.
In the same radio call, organizers said they did intend to reopen the gates at some point today.
Presently, music acts and events within the festival are on hold. Organizers say reopening depends on the weather.
Long lines are forming outside of shuttle stops where festival-goers wait to be transported from parking lots to the main entrance and campgrounds. 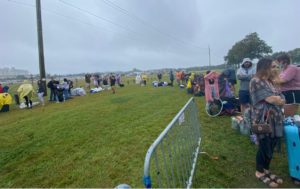 Long lines have formed at shuttle stops as Firefly organizers watch the weather before reopening gates. 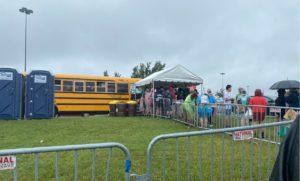 Shuttles have stopped running from parking to Firefly’s gates as admission is postponed beyond 3 p.m.

Ticket holders are being told that buses will resume, but they are not being told when.
At 11 a.m. festival organizers tweeted: “Attention Campers. Weather is coming and you should prepare for heavy rain and possible lightning. Please secure your camp, lower any pop up tents and enter your vehicles to ride out the storm.”
They advised attendees to seek shelter at a permanent structure such as a local business, the Dover Mall, or Dover Downs Hotel and Casino.
That hasn’t killed all the fun.
Groups inside and out of the festival have huddled around personal speakers, cases of beer and decks of cards to make the best of the unfortunate situation.
Rain and thunderstorms are anticipated until 9 p.m. Weather for the rest of the week is forecasted to be sunny with an average temperature of 75°.
Delaware LIVE is on the scene. Stay tuned for updates. 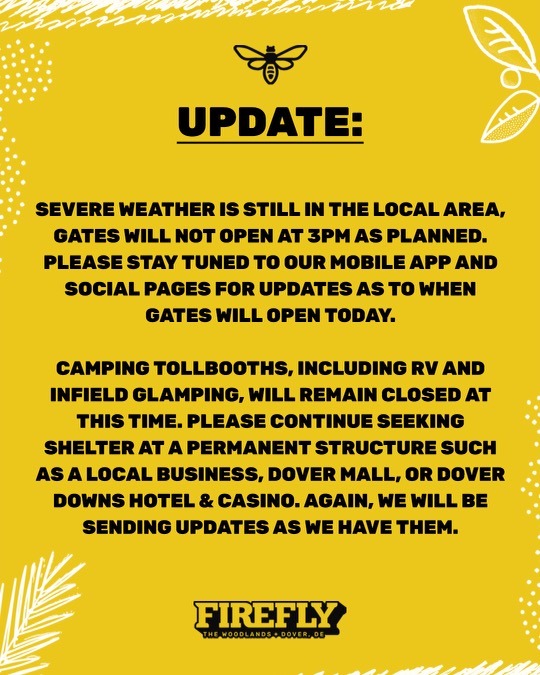 Firefly is sending regular updates about delays in admitting people to the musical festival grounds.

State to ramp up vaccines for teachers, has given 253,535 doses of vaccine
Once Ida passes, weather expected to be gorgeous for Labor Day
Registration for phase 1B opens Wednesday on new state site; focus on 65 and up
Delaware author bases new book for elementary readers on her own life