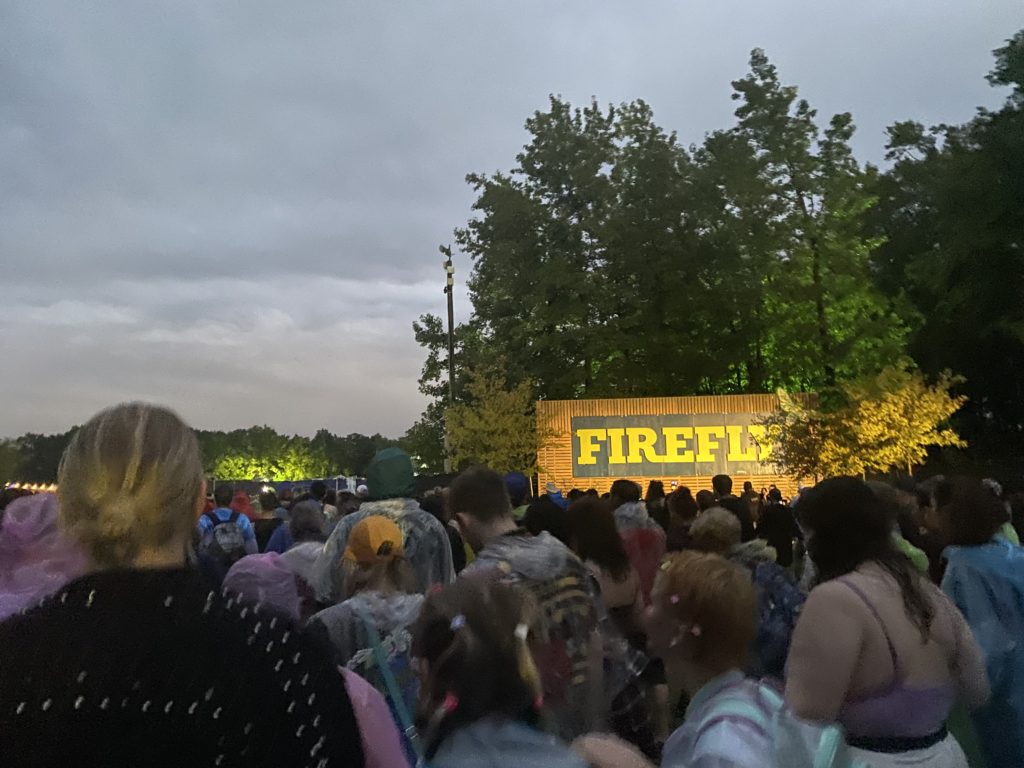 It didn’t take long for Firefly visitors to forget about Thursday’s brutal weather and subsequent delays.

Inch by inch, admission lines edged their way into the festival after the gates were opened around 7:30 p.m.

For a moment, the Woodlands at Dover felt unexpectedly calm. The dimly lit forest paths directed hushed festivalgoers to the main stage area where a large screen read, “Can you believe we’re here?”

The message was timely and relevant, inspiring contemplation amongst attendees: What did the sign mean?

Can we believe we’re at the tail end of the most deadly pandemic in history, gathered together with thousands of like minded music lovers?

Can we believe after two years of waiting, a thunderstorm threatened to ruin the first day of Firefly — but we made it through that, too? 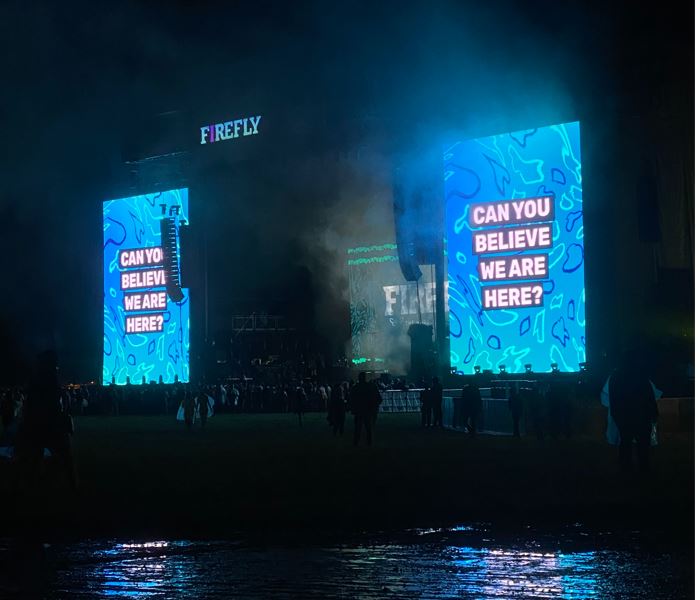 These Fire Fly main stage signs — ‘Can you believe we are are here’ — provoked a lot of comment Thursday night.

The moment of introspection came to an abrupt but welcomed end when indie-pop artist Girl in Red lit up the main stage, prompting a veritable stampede of fans — moving faster than they had all day.

One excited guest was running so fast that he lost his balance and faceplanted into the mud.

The mud and muck was no match for the hordes of visitors, who despite being tired and damp, were inspired by that fabled mantra: The show must go on.

Just like that, the fear and anxiety of poor weather was behind Firefly, making way for an exciting realization: inside the Woodlands, life is good.

Kyle Gant of Salem County, New Jersey, has been to Firefly six times.

Gant said the festival was noticeably smaller this year compared to his previous experiences. 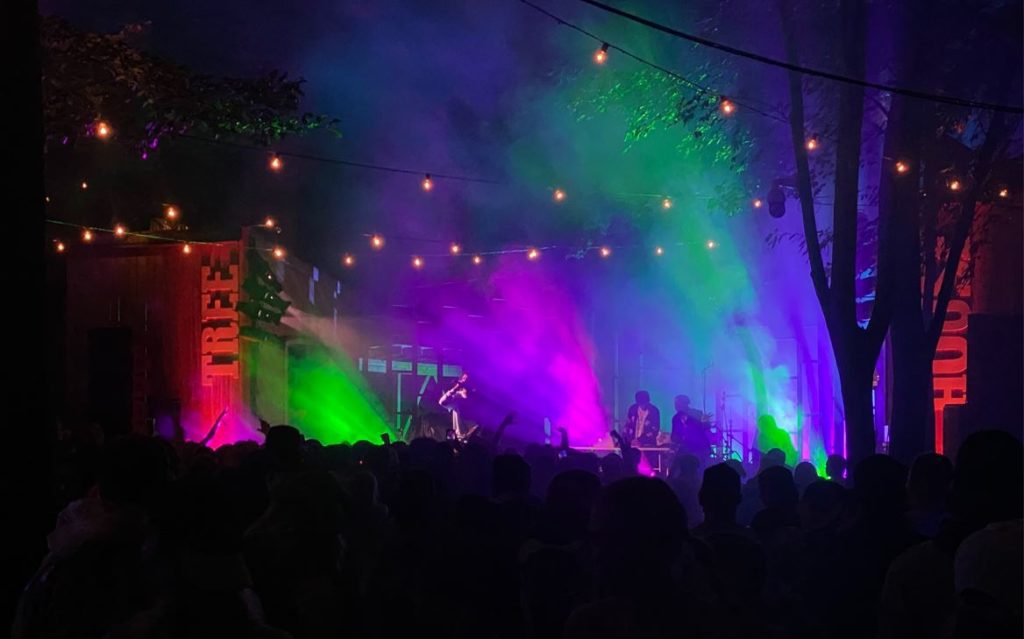 The weather didn’t get him down.

“I’m feeling good,” Gant said. “As much as the craziness we had with the storm, it’s, you know, it’s still a good time just hanging out, relaxing.”

Gant said he comes for the music above all else.

“For me it’s more just about relaxing and listen to music than going crazy and partying hard,” he said.

For Aimee Flynn of Easton, Maryland, Firefly is an opportunity to let loose.

“This is surreal — this really doesn’t even feel like we’re in Dover, Delaware,” Flynn said. “It’s nice to not have to worry about the everyday stresses of life. When I’m here, I leave the stress in the parking lot. I’m in my own little world right now.”