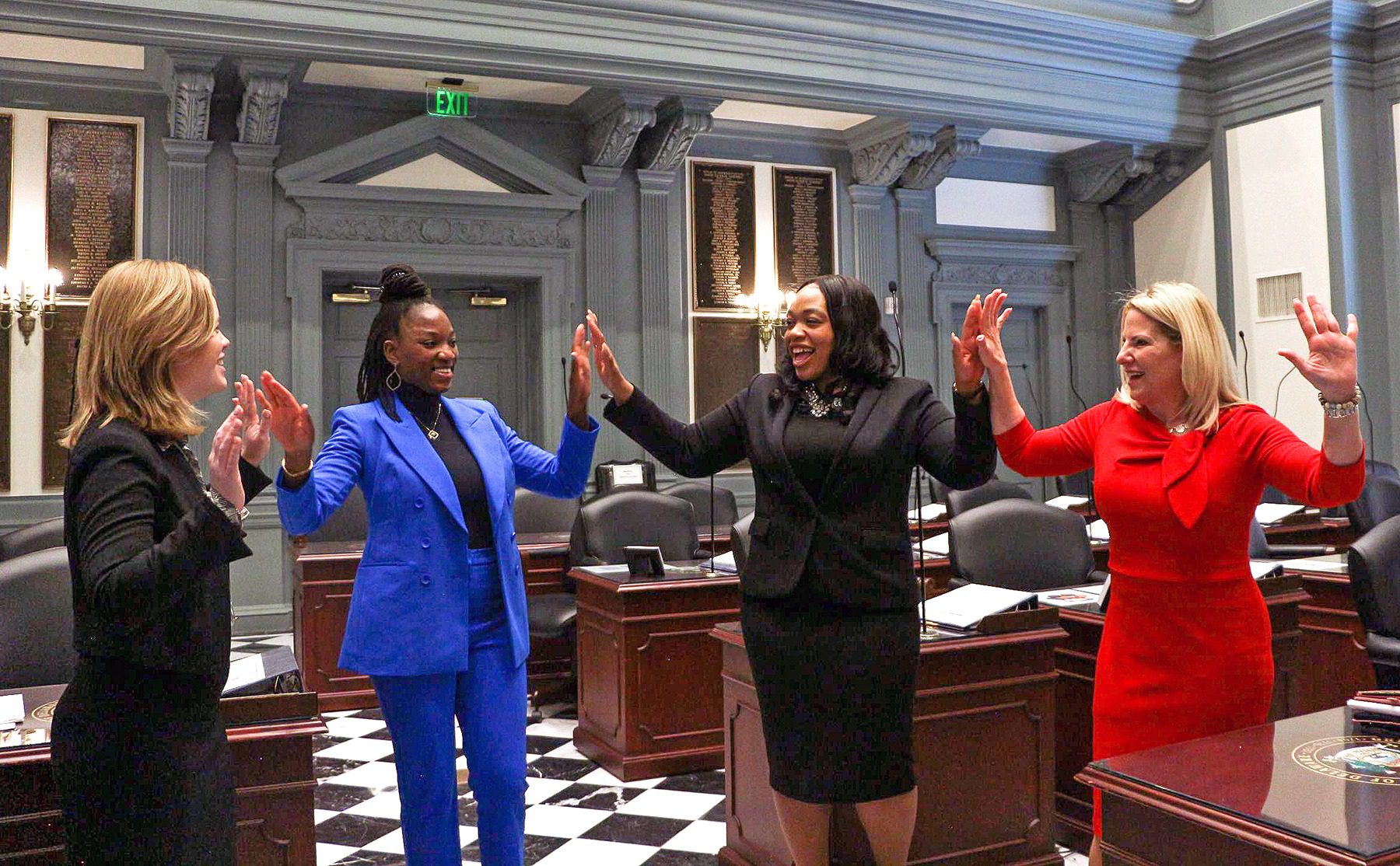 A group of female legislators on Wednesday announced the formation of a new caucus to focus on issues affecting women.

The Delaware Legislative Women’s Caucus will include lawmakers from both parties and both chambers of the General Assembly and “will focus primarily on advancing the shared interests of women by advocating for policies that will make Delaware a better place for women to live, work, and raise a family,” according to a press release from the House Democratic Caucus.

In a statement announcing the new caucus, Longhurst lauded the work of female legislators and activists that have worked to pass laws like the Delaware Equal Rights Amendment, paid parental leave for state employees and teachers and protections for women in the workplace.

“But our work is just getting started,” Longhurst said. “This caucus is an opportunity for us to bring more Delaware women to the table so that together, we can work toward policy solutions that address the disparities and inequalities still present in our state.”

Women currently comprise nearly one-third of the 62-member Delaware General Assembly, with 19 female legislators serving in the House and Senate.

That’s second only to the 143rd General Assembly between 2004 and 2006 when there were 21 female state legislators.

According to the statement, the caucus plans to tackle public policy issues including “gender disparities in education, healthcare affordability, and public safety” during the current legislative session.

The caucus also plans to hold regular open meetings to allow legislators and the public the opportunity to hear from other lawmakers, outside speakers and experts.

“I’m honored to serve as the Co-Chair of the Women’s Caucus in the 151st General Assembly,” Pinkney said. “Even as our state continues to elect more women to public office, our work and our progress is far from complete. I stand ready to work with my colleagues to not only empower women, but make sure women know there is a place for them in power.”

Republicans have only one female lawmaker in either chamber: Rep. Ruth Briggs King, R-Millsboro.

Briggs King was not included in the Democrats’ press release. She was in Wednesday’s Joint Finance Committee meeting at the time of publication and was unable to provide comment.