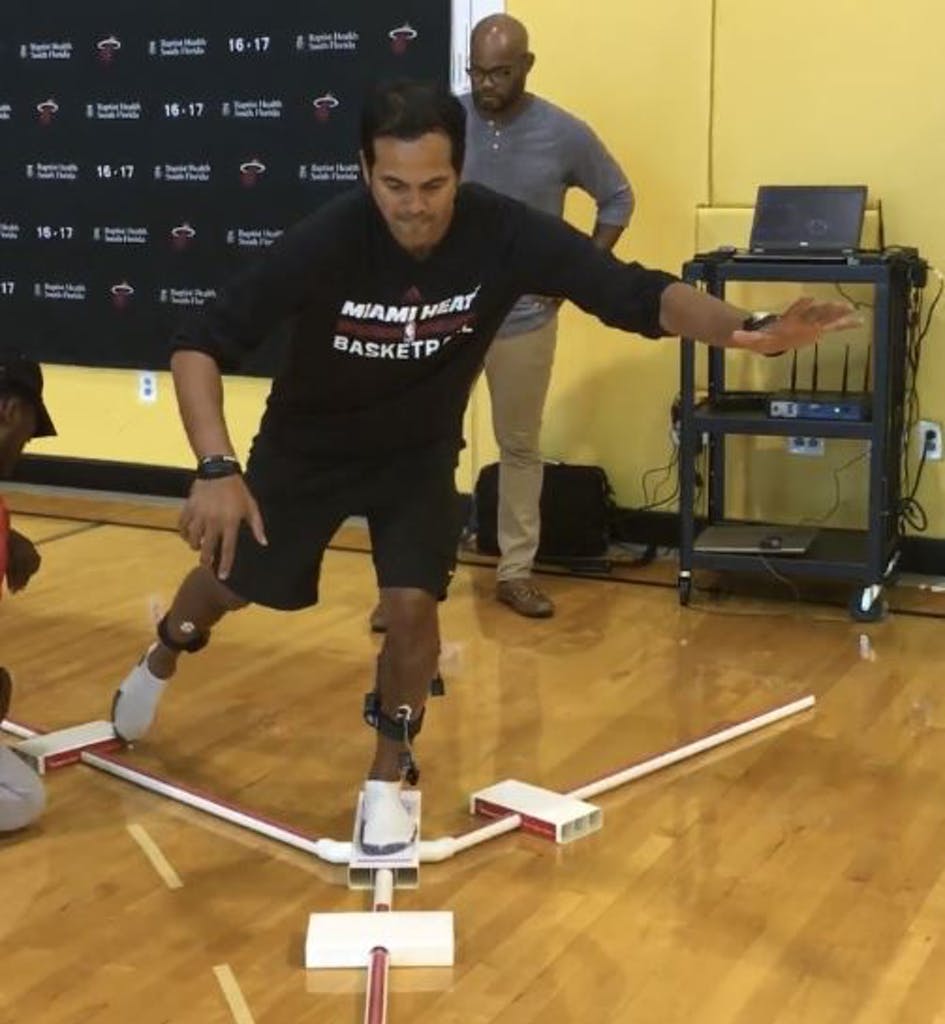 Homer was helping the Miami Heat test the efficacy of player shoes and to help develop the team’s load management program when Coach Erik Spoelstra jumped in.

It would make sense that a neuroscientist would view the world with a brain-first approach.

But Dr. Von Homer, founder of HX Innovations — a first-of-its-kind tech startup based in Middletown — flipped that notion on its head.

“I’ve always been fascinated with the science of feet, and the relationship between the biomechanics of how they operate as it relates to the brain,” says Homer. In addition to his Ph.D in neuroscience and master’s in bio mechanics, he also holds a certificate in pedorthics.

“A lot of time, neuroscientists stay in the brain; biomechanists stay with human movement—muscle contraction, momentum and force, stuff like that,” he says.

But Homer added those two layers of science to his pedorthics training and emerged as a futuristic shoe cobbler of sorts, who aims to map the human body to ensure that the Nikes on your feet perfectly align with your body’s unique mechanics.

“When it comes to footwear, one size just doesn’t fit all,” Homer says.

One movement goal doesn’t, either.

“The science will not only help someone mitigate or avoid future injury, but it also goes toward helping fulfill specific movement goals — maybe to you, it’s run a marathon, and to someone else, it’s a steady walk around the block with the grandkids.”

So unique is his vision that Homer says there is no other such operation in the U.S; globally, he says he knows of a few Canadian universities doing studies similar in nature.

Powered by an all-Black team of researchers, scientists and engineers, HX is also a family affair — wife Nicole serves as COO.

“We want to change the game completely,” she says. “We want to reform the standard and idea of footwear because what we wear on our feet is important and allows us to maintain alignment and stability, which leads to feeling younger for longer, and allows us to sustain the lifetime of movement we deserve.”

With his science, Homer aims to predict injuries before they happen. Part of the focus on injury mitigation arises from his own serious injury as a collegiate football player.

“I severed my lower limb, and it was effectively detached from my knee,” Homer says. “I tore every ligament in my knee and ruptured the major artery, which almost cost me my leg.”

The injury was so atypical that it’s a case study in a sports medicine textbook. Almost as frustrating as the grueling road to recovery for Homer was the fact that his atypical injury was treated with a standard, outlined approach — the exact kinds of standards he hopes to disrupt in the footwear industry.

“While we are an innovation space/company that exists of bio-mechanical scientists and computer scientists and technologists and engineers who want to solve problems that relate to the human body, we are also, basically, a Consumer Reports on steroids.” 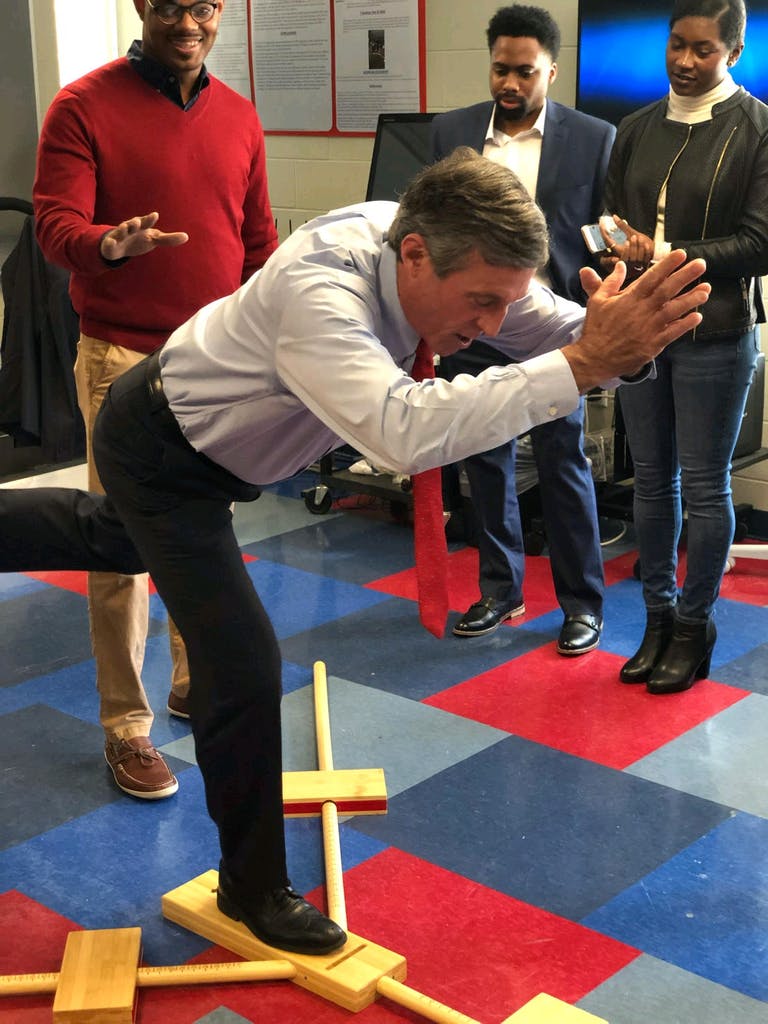 The data Homer and his team gathers isn’t just about the foot, Nicole says.

‘It’s your total lower extremities, your body mass, body weight, height, gender, all these things are taken into account and we do this assessment to see, basically, if the shoe fits,” she says. “From Iron Man athletes to the causal runner, we can help determine not only if the product is doing what the manufacturer is marketing it to do, but also if the product is the right one for you.”

While any one could obtain footwear testing from HX, industry clients are the startup’s bread-and-butter.

“A consumer benefit is that when you buy a product that was tested through HX, you can ensure that the shoe includes human-factor data, which is a value for you, the Adidas fan, as well as Adidas, which now has that extra, personalized relationship,” Homer says.

“We are very proud of the major projects that have already hit the market, and we will continue to grow,” Homer say.

Pretty simple, if you ask the good doctor.

“Just build a juggernaut,” he says.