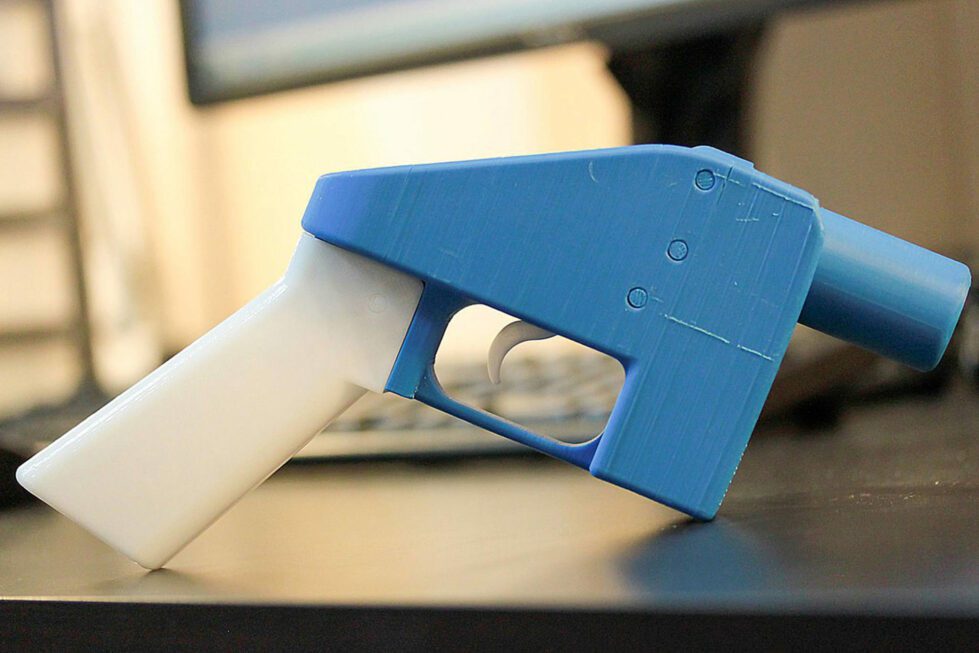 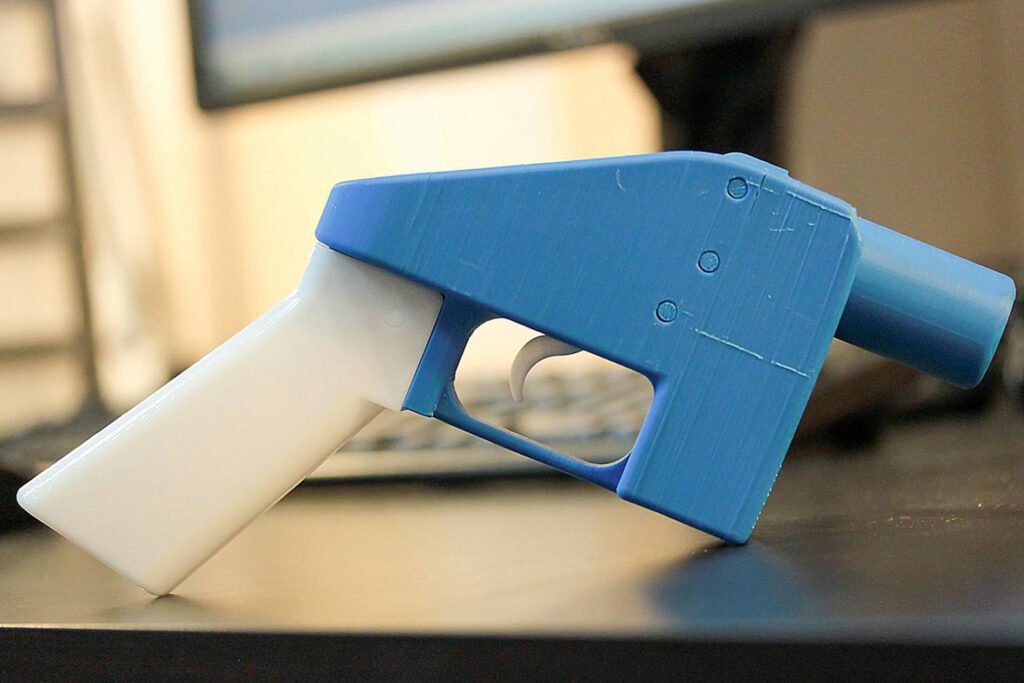 “Ghost guns” refer to privately manufactured firearms, often assembled with various parts purchased online or created with 3D printers. The guns do not have serial numbers and are untraceable.

The decision marks the first-ever federal Second Amendment decision upholding the right to self-manufacture arms, according to the Firearms Policy Coalition, one of the plaintiffs in the suit.

“The self-manufacture of arms is deeply rooted in American history,” said Joseph Greenlee, director of constitutional studies with the coalition.

“It has been a celebrated tradition since the earliest colonial days, it helped save America’s war for Independence, it was essential to western expansion, and it has led to many of the most innovative technological breakthroughs in our nation’s history,” Greenlee said. “We are pleased that the court recognized this essential element of the right to keep and bear arms and will continue to fiercely advocate for its protection.”

“The idea that the Founders intended ‘well-regulated militia’ to mean ‘unregulated, untraceable, semi-automatic guns’ is a delusion,” Jennings said. “Let’s be clear: violent criminals choose ghost guns because these guns make it harder to bring murderers to justice and more dangerous for our law enforcement community.”

The preliminary injunction only halts the possession and manufacturing component of the law. It remains illegal to sell or distribute unserialized guns and gun parts in Delaware.

The case has not yet been decided. The injunction is designed to halt the unconstitutional elements of the law while it is being challenged.

In addition to banning the guns and gun parts, the law made it illegal to distribute instructions, including digital files or code that could be used to program a 3D printer to manufacture a gun or gun part.

Delawareans Alan Knight and John Rigby filed suit against Attorney General Kathy Jennings in November 2021, alleging the law violates their Second Amendment rights and constitutes an impermissible taking of their private property under the Fifth Amendment.

They also alleged the law violates their First Amendment right to free speech because it outlaws the distribution of instructions, files or code to create the weapons.

In the suit, Rigby said he self-manufactured a firearm prior to the law taking effect, which he removed from the state out of fear of prosecution.

Rigby wishes to continue manufacturing guns with firearm components that he owns. He also owns a 3D printer which he hopes to use to manufacture firearms using a digital file in his possession, according to the filing.

If not for the law, Rigby said he would still possess his self-manufactured handgun, continue building firearms, and distribute code that might be used to manufacture firearms on a 3D printer.

Knight owns and possesses two unserialized, unfinished receivers suitable for the manufacture and assembly of an AR-15 style rifle, according to the suit.

The law criminalizes “the possession of unserialized finished firearm frames and untraceable firearms without providing any way for Plaintiffs to keep firearms they lawfully manufactured,” she continued. “Thus, the Second Amendment presumptively extends to the conduct prohibited by these statutes.”

Jennings’ defense argued that part of the law did not violate the Second Amendment because unfinished frames and receivers and untraceable firearms are “not in common use and typically possessed by law-abiding citizens for lawful purposes.”

Noreika was unconvinced by that argument.

“These statutes burden constitutionally protected conduct because possession of firearms and firearm frames and receivers is within the scope of the Second Amendment’s right to ‘keep and bear Arms,’” she wrote. “[The] Defendant has not shown that these firearms and components are not commonly owned by law-abiding citizens for lawful purposes.”

Noreika found the manufacturing ban to violate the Second Amendment.

She relied on the 2011 case of Ezell v. City of Chicago as precedent.

In that case, the United States Court of Appeals for the Seventh Circuit struck down a Chicago ordinance that permitted only those who had trained at a firing range to possess firearms, while simultaneously banning firing-ranges within city limits.

The Seventh Circuit found that the right to possess firearms for protection “implies a corresponding right to acquire and maintain proficiency in their use,” and said the core right “wouldn’t mean much” without the training and practice that make it effective.

Noreika found that the portion of the law which restricts the distribution of unserialized firearm frames and components probably does not violate the plaintiffs’ Second Amendment rights because the components are still available for purchase, so long as they include serial numbers and manufacturer information, and are legally purchased.

The law “permits federally licensed gun dealers and manufacturers who abide by federal law’s serialization and record-keeping requirements to transport, ship, transfer, and sell unfinished firearm frames and receivers,” she wrote. “Thus, Plaintiffs will have still have access to these components.”

The law also bars the sale or transfer of untraceable firearms but does not prohibit any type of firearm to be bought or sold, so long as it is traceable.

“Barring the distribution of untraceable firearms may make purchasing a firearm more inconvenient, but this does not amount to a Second Amendment burden because of the easy access to traceable firearms,” Noreika wrote.

Noreika found that the section banning the distribution of instructions for 3D printed guns or gun parts most likely does not violate the plaintiffs’ right to free speech under the First Amendment.

“The statute does not burden substantially more speech than is necessary,” she wrote. “The statute prohibits only the distribution of functional code. It does not prohibit gunsmiths and hobbyists from exchanging information about how to use their 3D-printer to manufacture a firearm, or for instructing individuals on how to program their 3D-printer to make the firearm of their choice.”

The judge said the plaintiffs demonstrated a “likelihood of success on the merits of their Second Amendment claim.”

As for the First Amendment claim, she said that while the plaintiffs have not demonstrated a likelihood of success,  “it is a well-pleaded claim and not fit for dismissal.”

Under the Fifth and Fourteenth Amendments, a property owner has a takings claim against the government when government action, such as a regulation, goes too far in restricting the owner’s use of their property.

Jennings’ defense argued that the “government does not need to compensate owners when it prohibits a type of personal property through a valid law.”

Noreika said that argument doesn’t apply to this case.

“This argument fails … because Defendant has not demonstrated that the laws requiring dispossession of Plaintiffs’ property are valid,” she wrote.

What effect will the injunction have?

The judge only granted a preliminary injunction on the sections of the law prohibiting the manufacturing, assembly and possession of “ghost guns.”

The injunction does not apply to the sale, transfer and distribution bans in the law.

The court denied the plaintiffs’ motion for a permanent injunction.

“The issues at stake are of significant public importance and the Court will not conclusively decide them now on a preliminary record,” Noreika wrote. “The parties will, therefore, have the opportunity to further develop the record should they wish to do so.”

The case is not finalized — the preliminary injunction only halts the sections of the law found unconstitutional while proceedings continue.

Cody Wisniewski, senior attorney with the Firearms Policy Council, said Friday’s ruling is a recognition of the “expansive natural and individual right that is protected by the Second Amendment — in this case, the individual right to manufacture one’s own self-defense tools.

Jennings said the fight isn’t over.

“With shootings down 30% this year, Delaware needs to keep pushing forward,” the attorney general said. “We will continue to make our case in court and will keep working with our partners in the legislature to protect our children from gun violence.”

Mitch Denham, president of Delaware Gun Rights, said the preliminary injunction offers insight into how the court will ultimately rule.

“It’s a pretty good sign that they’re going to rule it unconstitutional,” Denham said. “They usually don’t put a pause on things when they don’t feel like there’s a reason.”