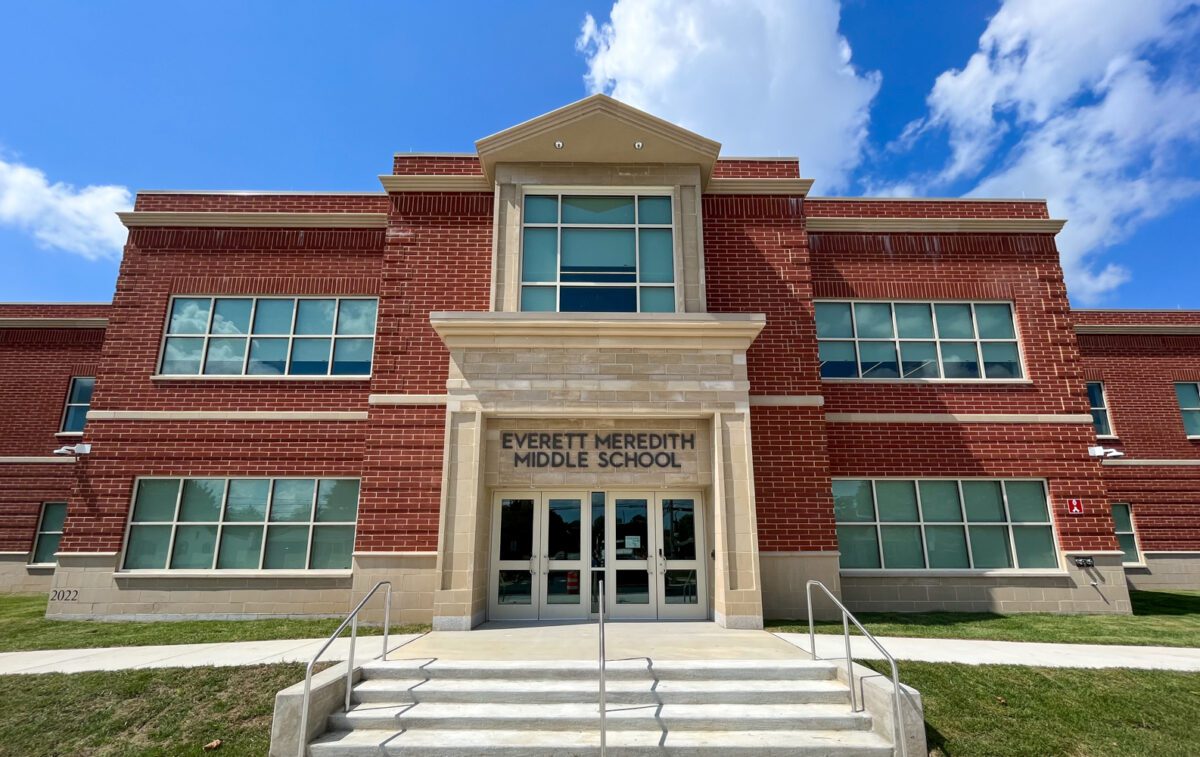 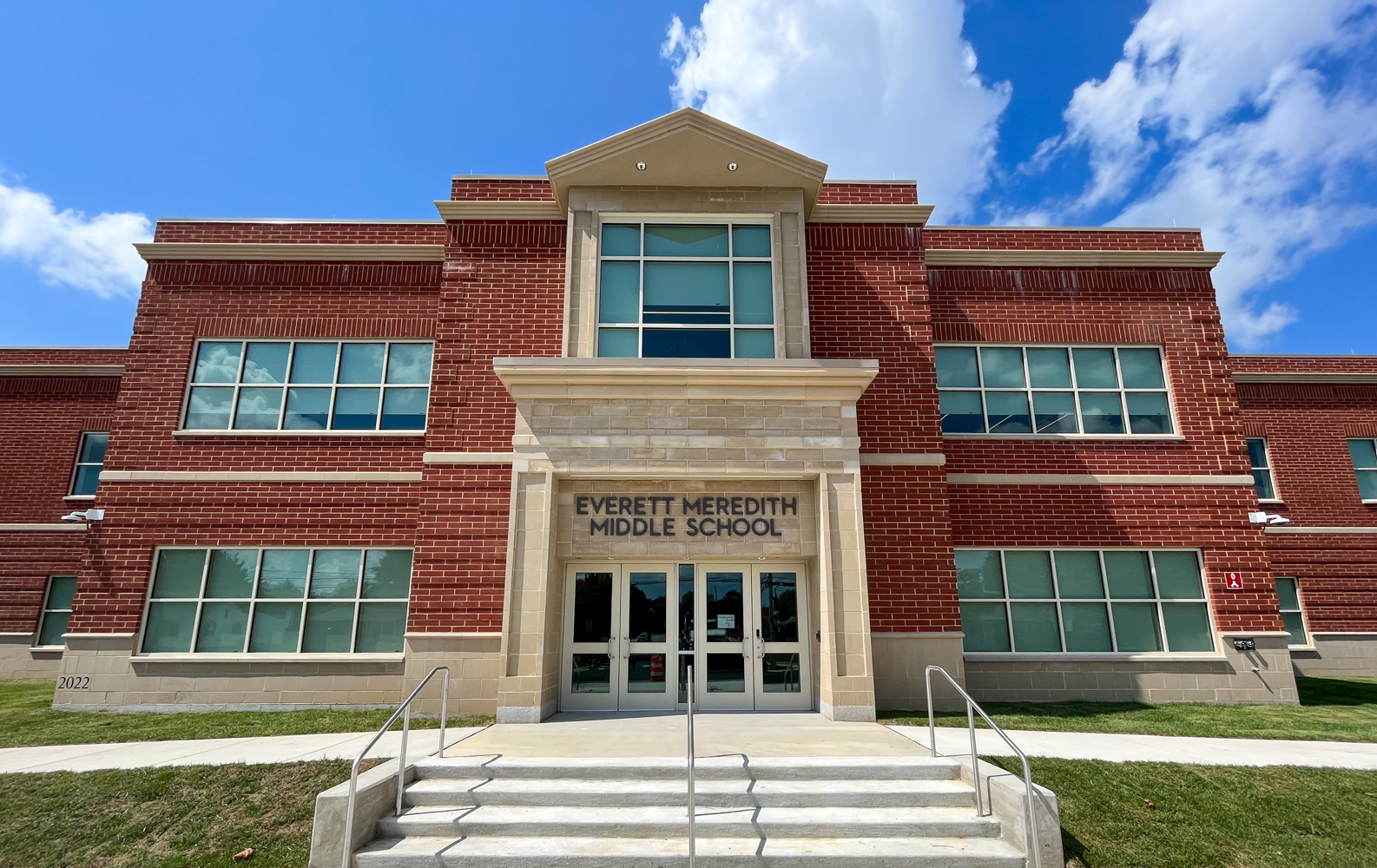 After two years in a school that wasn’t their own, the Everett Meredith Middle School community has a place to call home.

The Crusaders of Everett Meredith Middle School finally have a home to call their own.

For the past two years, they’ve moved around as the Appoquinimink School District destroyed the original 1929 building and rebuilt it in the same location on Broad Street in Middletown.

Wednesday at 6 p.m. officials will cut the ribbon to celebrate the school opening this fall, a long anticipated day as students, former students, teachers, parents and town residents have followed the construction.

“It feels like this great exhale, like we’re home and can finally unpack,” said Evangeline Thornton, an English teacher at Everett Meredith.

The school was built after a 2016 referendum authorized slightly higher taxes to build more schools.

The state contributed $43.1 million to tear down the old building and replace it with a modern, open-designed school. The local contribution was $14.4 million.

“We needed the new building because the MOT (Middletown, Odessa, Townsend) area in general has been massively expanding, which is a great challenge to have,” said Beth Everett, principal of the middle school.

The community seems amped up to see the doors open the 504 South Broad school named for a former teacher.

“We’re excited to welcome all of our students and families back to really build that family feel here in our own building,” Everett said.

Jennifer Atkinson started teaching at Everett Meredith while it was in its temporary home.

Now entering her second year, the science teacher is ecstatic for her classroom to be permanent.

“It was a challenge in the temporary school,” she said.  “You couldn’t create, you couldn’t decorate the classroom, because it was all short-term. You couldn’t make it your own space.”

She said she already has a vision for her new space.

The original school was built more than 100 years ago and needed both the technology and the overall environment to be modernized, Everett said.

The new building is surrounded by residential neighborhoods, and Everett said, making it a focus of the community.

“So many students are right next door and walk to and from school every day,” she said.

The principal said there were many benefits to sharing a building with another school, such as more teacher support and collaborative efforts with plays and concerts, but she’s happy to be coming home.

Thornton said that for two years it felt like the teachers and students were guests in someone else’s home.

“There’s so much excitement,” she said. “I feel like since I’ve been here there’s been so much transition so now I really feel like I can really make this classroom and this school my home.”

Thornton said she’s most excited to start establishing a culture at this brand new building.

The school offers a lot of features common to many new schools today such as an open lay-out and study hubs.

For example, one of the wings contains a hallway with a section that has bricks, molding and the wood floor panels of the original school.

Other features at Everett Meredith:

The school first opened its doors more than a century ago under the name of Middletown School.

Back then, the school served grades one through 12 with 434 students and 17 staff members.

Now, it has roughly 1,000 students throughout grades six to eight.

Everett Meredith was a teacher who first got his taste of Delaware education working in the Caesar Rodney School District in the 1940s.

He lived the rest of his life in Middletown, where he worked as an educator and administrator, and also was a community leader.

According to Lilian Miles, the district public information officer, the Meredith family has left its mark on Delaware education, with dozens of family members teaching and serving in First State schools.

The school was named for Meredith after Louise Atwell, a longtime secretary for the school, along with graduates of Meredith’s classes, petitioned to change the name to Everett Meredith Middle School.

The name officially changed in 2002, and now even more generations of Middletown students will walk through its doors.