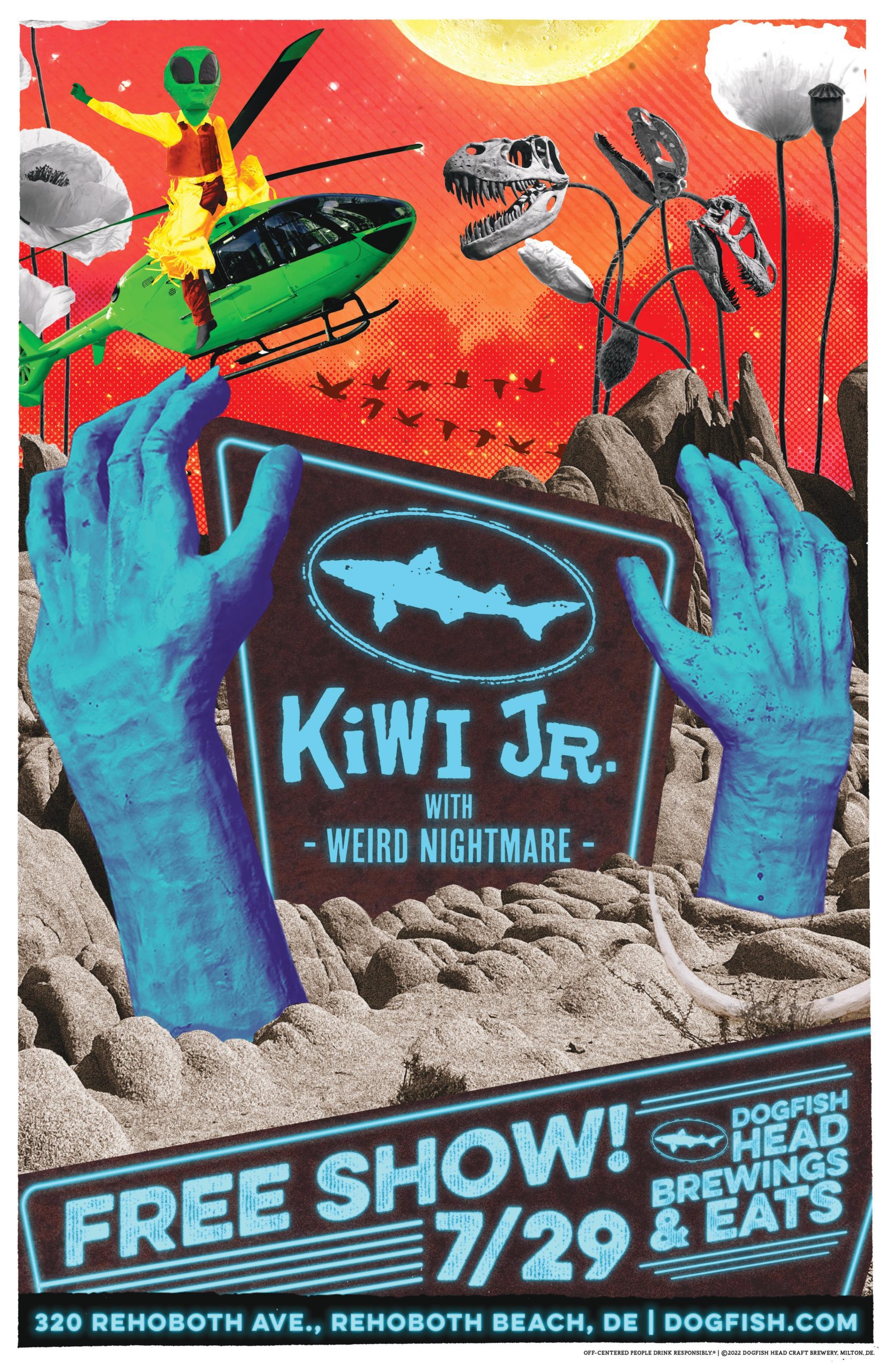 On Friday, July 29 at 10 p.m., Toronto-based indie rock group Kiwi jr. will perform while the crowd gets an exclusive taste of Dogfish’s newest limited-edition collaborative beer.

“We’re thrilled to not only bring two national music acts to the stage this month, but to take the fun a little further through our awesome collaboration with Kiwi jr. on a brand new Grisette-style ale,” said Sam Calagione, Dogfish Head founder and brewer.

According to Dogfish, the beer is an “eclectic blend of fruit and spices and provides a deliciously refreshing quality perfect for any live music show.”

The beer will be available on draft at 12 p.m. on Friday, July 29. It will also be available to-go in four-packs of 16-ounce cans at Dogfish Head’s Off-Centered EmPOURium in Rehoboth. The four-pack will cost $16.

Formed in 2015 by a group of four friends, Kiwi jr. (the band) has integrated themselves into the Toronto music industry, producing and playing a portfolio of original tunes that draw inspiration from pop and indie rock acts with nods to college party scenes.

Live music alert! We’re excited to have Kiwi Jr. take the stage at our Rehoboth brewpub on Friday, July 29!

“US slacker/college pop meets UK post-punk and indie with a smattering of folky/Americana influences. Kiwi Jr’s world is the perfect anecdote to the real world in 2020/21.” – Louder Than War