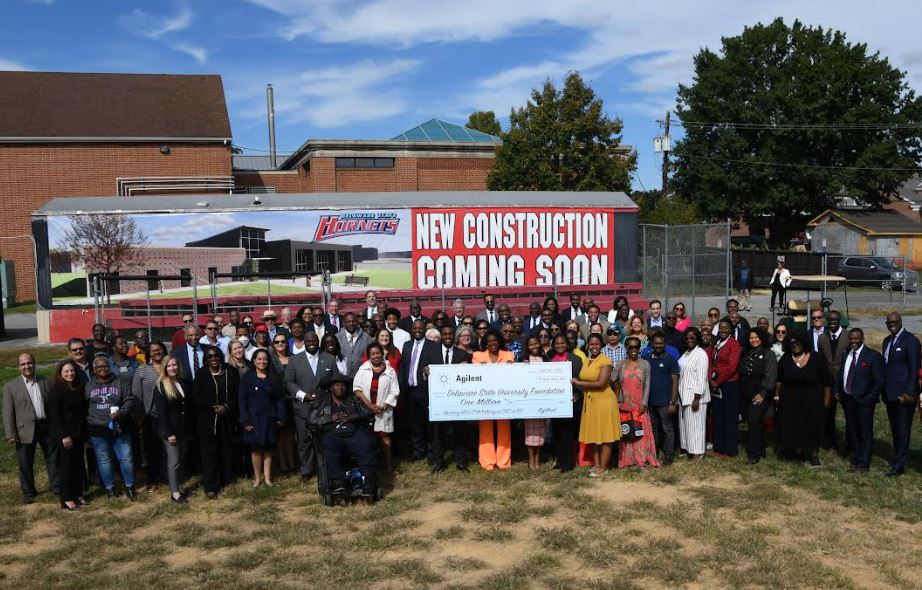 It was a two-fer day of celebration Thursday at Delaware State University, as officials broke ground for a new $10 million agriculture building and unveiled a $1 million grant that will pay full tuition for 21 STEM students.

“We want to produce agriculture professionals and agriculture scientists, and we believe the addition of this building will provide a greater environment for our students to achieve those aims,” said Carlos Holmes, director of news services at DSU.

The grant is part of a $4.5M partnership with Agilent Technologies, a California life sciences company that has labs in Delaware. It’s listed as one of the First State’s 50 largest employers.

“DSU is making important contributions to the STEM fields, and this donation will help ensure this historically underinvested and underrepresented community is getting the resources needed to have an even greater impact,” said Gregory MacKenney, the vice president of Agilent’s instrument supplies business. He is an alumnus of Morgan State University, a fellow HBCU.

The $10 million going to the new 15,000-square-foot building won’t use a penny of tuition money.

Instead it is relying completely on United States Department of Agriculture grants and state funding.

As a land-grant university, part of DSU’s mission is to provide research and resources for state residents. That includes fighting hunger, Holmes said.

Holmes said the building is needed since the school combined its sciences and agriculture colleges last year.

“We’re calling it agriculture 2.0,”  he said. “It’s not only agriculture and natural resources, but it’s also collaborating with biological sciences, with chemistry, with optics, with researchers  and others.”

The investment also propels DSU into a better position to collaborate in Delaware with the agriculture community, he said.

The new scholarships will be available for both graduate and undergraduate students.

Holmes said DSU expects to have its largest freshman class ever this year, and every one of those students will benefit from the new building.

Officials haven’t announced a date of completion, but hope it will be ready by the end of 2024.