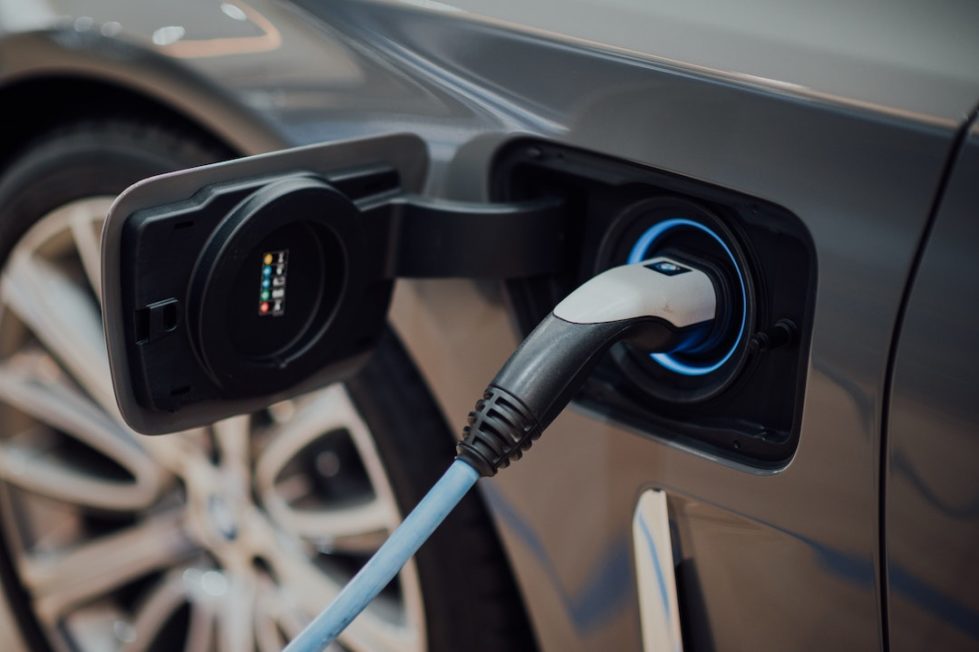 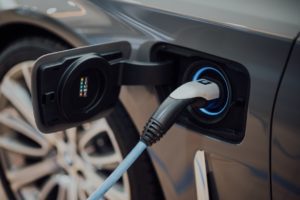 Delaware is among the states considering the use of mileage-based user fees to replace revenue lost from gas taxes as the country turns to electric vehicles. (Chuttersnap/Unsplash)

As state and federal leaders push to get more electric vehicles on the road and lower the consumption of fossil fuels, a reckoning will come about how to pay for roads if nobody is buying gasoline at the pump.

Taxes on the sale of gasoline fund a huge portion of roadwork, including repaving and safety concerns, and the push is on to ban the sale of all new gasoline and diesel-fueled vehicles by 2035. 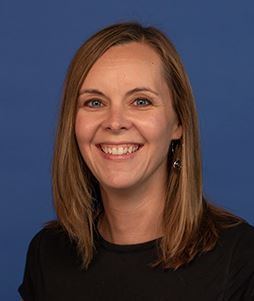 One way that Delaware is exploring how to recoup that revenue — already under pressure from increasing numbers of high-mileage vehicles — is through user fees that bill drivers for the number of miles a car is driven, based on a device installed in the car.

The focus on how to pay for roads received a push in March when Gov. John Carney’s administration joined 13 other states on California’s Advanced Clean Cars II initiative.

It “calls for banning the sale of all new gasoline and diesel-fueled vehicles by 2035,” said Joseph Fulgham, director of policy and communications for the Delaware House Republican Caucus.

“All new passenger cars, trucks and SUVs sold in Delaware that year will need to be zero emissions. That being the case, it is inevitable that Delaware’s vehicle fuel tax – the main method for funding the Transportation Trust Fund that pays for road construction and all of DelDOT’s operational expenses – will be forced to transition to some other funding mechanism well before then.”

In a February discussion of DelDOT’s budget, Rep. Ruth Briggs King, a Republican from Georgetown, asked about the issue.

“What is the right method for these electric vehicles?” DelDOT Secretary Nicole Majeski responded. “Is a mileage-based user fee the right method for them or is some other sort of fee associated with that? Because as you mentioned, they’re not contributing to the motor fuel tax but they are still contributing to the wear and tear of our infrastructure.”

Whatever happens will take many steps.

For instance, Carney doesn’t have the authority to commit to the initiative, said David T. Stevenson, director of the Center for Energy and Environmental Policy for the Caesar Rodney Institute, a conservative Delaware think-tank.

Delaware is part of The Eastern Transportation Coalition, which since 2018 has been studying a mileage-based user fee, with real-world pilots, public opinion surveys, focus groups and data analysis. Among those groups, the user fee is shortened to MBUF as an acronym and pronounced em-buff.

Key conclusions from its latest report:

It’s up to elected leaders to decide on the politically charged complexities of when and how to change and what dollar figures to allocate to various fees.

Part of the coalition’s mission has been studying public knowledge and perception.

It turns out that there’s not a lot of either.

And 75% were not familiar with the mileage-based system, according to Lisa Miller of the coalition.

Calling it a user fee, not a tax

One simple linguistic move designed to encourage support is calling it a user fee, not a tax.

“The public reaction to this is very negative, as it should be,” coalition executive director Patricia Hendren told a television station in 2017.

The coalition is neutral about the user fee, and Hendren told WHYY in 2019 that the current fuel tax is “actually more of a regressive tax on lower-income households and folks living in rural areas, where they typically have older, less fuel-efficient vehicles, so they’re paying more.”

A user fee could have that same effect, too, said Caesar Rodney Institute’s Stevenson.

“The lower half of the income spectrum” are likely to be more burdened by that fee, Stevenson said.

“They don’t get to choose to drive less or have public transportation available,” he said.

Examples he cited include service workers driving long distances on crowded roads from western Sussex to all the jobs in the eastern part of the county, he said, and people commuting from southern New Castle and northern Kent to jobs in northern New Castle.

The coalition’s latest study was based on being revenue-neutral: a vehicle operating at the national average of 23 mpg would pay a user fee equal to the amount paid for state fuel taxes

But that neutrality is only for this hypothetical and the overall collection.

The reality is that some drivers – depending on their driving habits, the efficiency of their vehicles and other factors – will pay more in user fees than they did in fuel taxes. And some would pay less.

“A shift to MBUF is estimated to change household expenses, regardless of geography, by about $1.50 a month,” the report concluded.

The coalition this year is diving deeper into the issue with a geographic equity analysis in Delaware, New Jersey, North Carolina and Pennsylvania, comparing the habits of rural versus urban drivers.

Delaware’s basic gas tax is 23 cents per gallon, which easily converts to 1 cent per mile in coalition studies. If a tiered rate existed, the user fee could range from 1.44 to 0.70 cents per mile, depending on mpg, and 40 cents per mile for electric vehicles.

Delaware’s tax on special fuels – all other fuels placed into a licensed motor vehicle – is 22 cents per gallon. They’ve been at that level since 1995.

Federal taxes are 18.4 cents per gallon for gas and 24.4 cents for diesel.

For fiscal year 2023, DelDOT projects the motor fuel tax to generate $146.9 million, or 14% of its $1.019 billion budget. That brings the revenue to just above where it was in fiscal 2019, following pandemic-related dips in the two years in between.

But as more hybrids and electric vehicles are put into use, revenue from a fuel tax will decline.

Privacy was the most important issue for the technology in one coalition survey, and such concerns have declined after people became more familiar with how the user fee will be calculated.

A 2020-21 coalition study recruited rural drivers and privacy advocates in Delaware. It used devices plugged into the onboard diagnostic port.

A third of the drivers chose GPS-enabled devices that would allow, among other things, to allocate mileage and revenue for out-of-state driving.

Such out-of-state mileage turned out to be 14% of the Delaware drivers’ miles. Both types of devices can crunch numbers that might be helpful (say, battery voltage) and numbers that some might call intrusive (how smoothly you drive).

The GPS-enabled devices were promoted for “added-value features” including the ability to set up geographic zones and see when the car enters and exits the zone and share trip logs with friends.

“Since implementation of the mileage fee will require a long phase-in period, a complete mileage fee collection system must find a way for some motorists not to pay both charges (mileage fee and fuel tax) while other motorists pay only one (the fuel tax),” Oregon concluded back in 2007. “The way to manage this problem is to provide a credit against some other tax or fee payment, such as the income tax or auto registration fees, surely a cumbersome and non-user friendly approach.

Majeski said in a statement released with the coalition report that Delaware continues to support the commitment of The Eastern Transportation Coalition to explore alternatives for funding the transportation infrastructure.

“The coalition’s work on this issue is providing valuable data that will inform our decision-making as we look to the future,” she said.