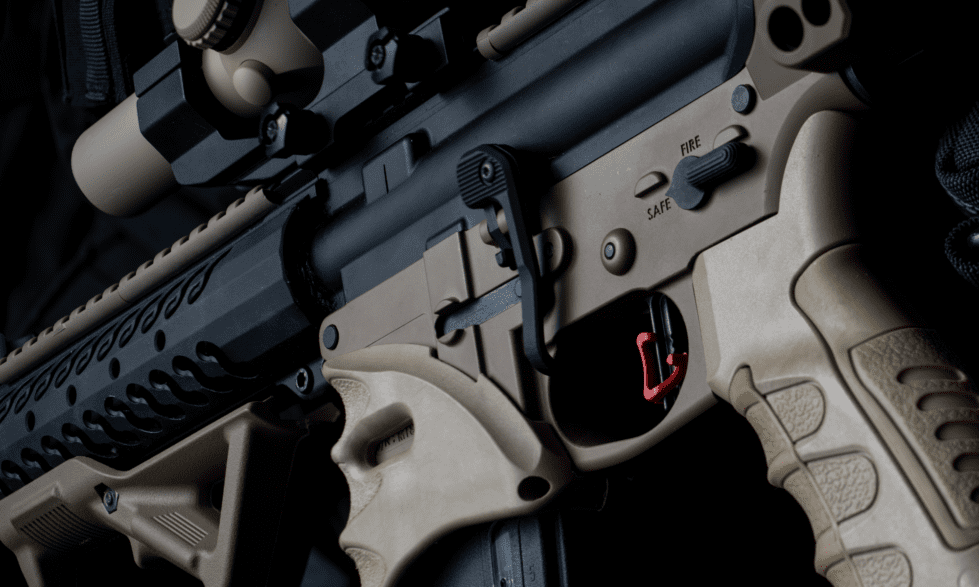 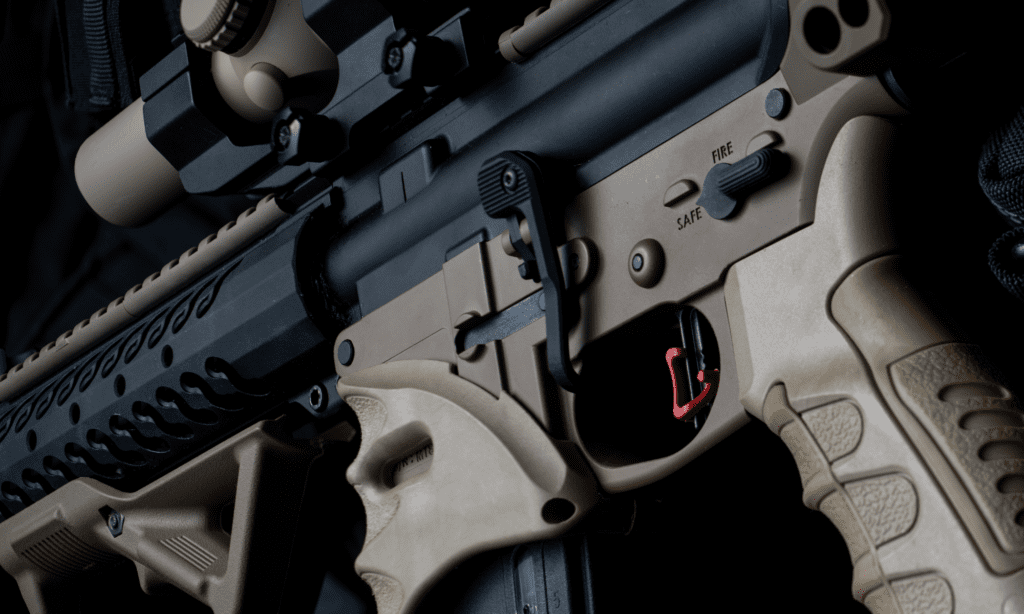 AR-15s are among the most common semi-automatic firearms. These guns would be made illegal under HB 450, a bill before the Delaware General Assembly. (Getty Images)

With less than a month left in the legislative session, Democratic lawmakers in Delaware have introduced sweeping legislation to ban semi-automatic firearms and restrict the purchase and possession of all firearms to Delawareans ages 21 and older.

“We have an obligation to do everything we can to prevent tragedies like we’ve seen across the country from happening here in Delaware,” Gov. John Carney said in a press release Thursday afternoon. “This is a historic, meaningful package of legislation and I look forward to seeing these bills on my desk this session.”

House Bill 450, which would ban semi-automatic weapons — referred to in the bill as “assault weapons” — asserts that “the proliferation and use of assault weapons poses a threat to the health, safety, and security of all citizens of this state.”

The bill, dubbed the “Delaware Lethal Firearms Safety Act of 2022,” aims to prohibit the manufacture, sale, offer to sell, transfer, purchase, receipt, possession, or transport of “assault weapons,” with exceptions.

The bill does not prohibit the possession and transport of firearms that were lawfully possessed or fully applied for before the law takes effect, although it does impose certain restrictions on those weapons.

The bill doesn’t specify when the law would take effect if signed by the governor.

Jeff Hague, president of the Delaware State Sportsmen’s Association, called the bills “a knee-jerk reaction that will solve absolutely nothing.”

Efforts to reach sponsors were not immediately successful Thursday.

In the past, many opposed to more restrictive gun laws have cited Delaware’s Constitution, which goes further than the United States Constitution in enshrining Delawareans’ right to keep and bear arms.

Article I, Section 20 of the Delaware Constitution says, “A person has the right to keep and bear arms for the defense of self, family, home and State, and for hunting and recreational use.”

“I’ll guarantee you as president of the Delaware State Sportsmen’s Association, if this bill is passed and signed by the governor, there’ll be an immediate lawsuit,” Hague said. “I can guarantee you that because we believe it’s unconstitutional.”

Because the Delaware Constitution guarantees the right to use firearms for hunting and recreation, Hague — who participates in gun shooting competitions and lawfully hunts using certain semi-automatic firearms — believes the proposed law would infringe on Delawareans’ rights.

If the proposed law passes, a person who lawfully owns an “assault weapon” prior to the passage of the bill would be permitted to transfer the weapon to a member of their family “through inheritance or otherwise.”

Even though lawful owners would, in most cases, be allowed to keep their guns, Hague said the bill would render valuable firearms “essentially worthless.”

“Anything that you own now, you can keep, but you can’t get rid of it, you can’t sell it,” Hague said. “The government’s depriving you of the value of your property without just compensation, and by rendering my semi-automatics worthless, the government’s effectively taking my property.”

According to the bill, the burden would be on a defendant to prove that he or she was lawfully in possession or had completed a purchase of the assault weapon prior to the bill becoming law.

The proposed bill instructs the Delaware Department of Safety and Homeland Security to develop a procedure for lawful owners of semi-automatic weapons to obtain a “certificate of possession” to show that they lawfully owned an “assault weapon” prior to the bill becoming law.

According to the bill’s synopsis, a gun owner is not required to apply for the certificate, but it would provide a conclusive way to prove lawful possession.

The bill emphasizes that “It is not … the intent of the Legislature by this chapter to place restrictions on the use of those weapons which are primarily designed and intended for hunting, target practice, or other legitimate sports or recreational activities.”

HB 451 would make it illegal for a person under the age of 21 to purchase, own, possess, or control a firearm or ammunition except under limited circumstances.

Exceptions include if the person is 18 years of age or older and an active member of the armed forces, a qualified law-enforcement officer, or has a license to carry a concealed deadly weapon.

The bill does not apply to shotguns and shotgun ammunition, muzzle-loading rifles and deadly weapons other than firearms.

The bill says it is necessary because the human brain is still developing in young adults, “which impacts their decision making, self-control, aggressive impulses, and risk-taking behaviors.”

The most common age for shooters is between 18 to 21, the bill points out, and the age to purchase any alcohol and tobacco products in Delaware is 21 years old.

Hague called the second bill “a solution in search of a problem.”

“The age of majority is 18,” Hague said. “You can sign contracts, you can buy a home, you can get a concealed carry permit.”

He said the alcohol and nicotine comparison is invalid because there is no constitutionally guaranteed right to drink or smoke.

“People seem to lose track of the fact that we have constitutional rights,” Hague said. “That differentiates us from most of the countries in the world.

According to the bills, Speaker of the House Pete Schwartzkopf, D-Rehoboth, House Majority Leader Valerie Longhurst, D-Delaware City, and House Majority Whip Larry Mitchell, D-Elsmere, are all signed on as sponsors.

“Taken together, these bills will have a significant and meaningful impact in combating gun violence and preventing future tragedies from happening in Delaware,” Schwartzkopf, Longhurst and Mitchell said in a joint statement. “While we can’t change the past, we can learn from it and try to prevent it from happening here. We are committed to passing strong firearm legislation that will make our communities safer.”

The NRA’s Institute for Legislative Action on Wednesday implored Delawareans to contact their lawmakers and ask them to oppose any gun bans.

“Lawmakers in Dover are working on pushing additional infringements to Second Amendment rights when they return from recess next week,” the NRA said. “They are in the process of drafting a so-called ‘assault weapons’ ban bill, to ban many commonly-owned rifles, shotguns and handguns that law-abiding citizens use for self-defense and sport.”

HBs 450 and 451 will be heard in the House Administration Committee on Wednesday, June 8.

If released from committee, the bills will be heard on the House floor Thursday, June 9.

The Senate will consider HB 450 and 451 promptly following House passage, according to Thursday’s press release.

As part of the gun reform package, the General Assembly plans to take up the bipartisan HB 423, which strengthens background checks by reinstituting the state’s Firearm Transaction Approval Program.

According to Thursday’s press release, lawmakers plan to introduce two more bills to hold gun manufacturers and dealers liable for reckless or negligent actions that lead to gun violence, and to ban the use of devices that convert handguns into fully automatic weapons.

Click here to see the age to purchase bill.