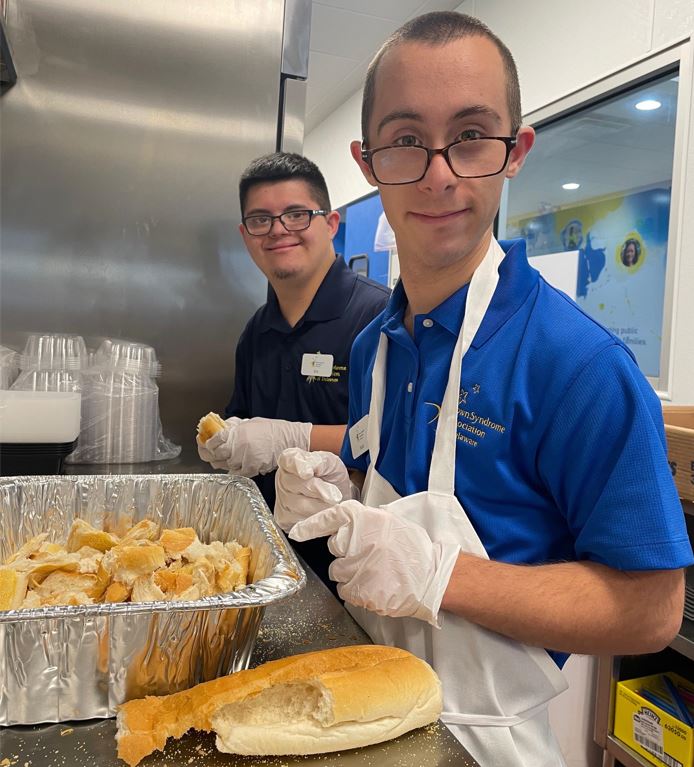 Eric Mena and Noah Bradshaw on the prep work at Victoria’s Kitchen.

Karlo Carrio enjoys making cookies and smoothies at the new Down Syndrome Association of Delaware’s new café that offers a jobs training program for adults with the genetic disorder.

“I love it,” said Carrio, 29, who works at the café. “I’ve learned to be more independent and to talk to other people.”

She also likes working with the customers.

After her internship at the café, Carrio wants to find herself another job. She said that it doesn’t matter what kind of job; she’d work anywhere.

That next job is the focus of the new jobs training program for adults at Victoria’s Kitchen.

The 1,000-square-foot building opened Dec. 1  and is home to the café, gift shop and office space for the full-time employees of the association.

The new café, named Victoria’s Kitchen after client Victoria Elizabeth Marsh who died in July, will employ adults with Down syndrome in a rotating system.  Seven adults will be employed at one time for a 12-week internship. All employees are paid $10 an hour.

After the new year, the café is expected to be open from 9 a.m. to 5 p.m. Monday through Friday. 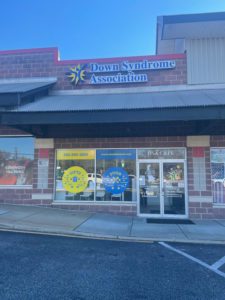 The Down Syndrome Association’s new cafe staffed by clients is at 1240 Capitol Trail in Newark. 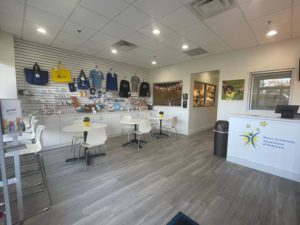 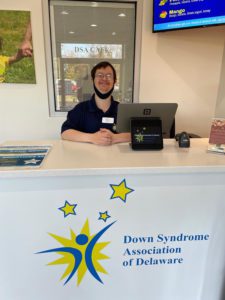 Michael Pasquale waits to check you out at Victoria’s Kitchen.

To organizers’ knowledge, the café is the only of its kind in the area. It already regularly sees visitors from Pennsylvania, Maryland and New Jersey.

The goal of the internship is to teach adults with Down syndrome tools and experience to enter the work force. The DSA would like for interns to be able to have a competitive job lined up by the end of the 12 weeks.

“One of my son’s goals is to work at Buffalo Wild Wings,” said Ariadna Avila, mother of Eric Mena, who interns at the café until January. “A few weeks ago, we were there, and I spoke to one of the waiters and actually got the contact information for the manager. So little by little we’re working there.”

Avila said that since the pandemic began Eric had seen a little bit of regression in speech and is now going to speech therapy on top of working at the café a few days a week.

“I get up, brush my teeth, get dressed, have breakfast and then get on the bus,” said Ian Currie, who works at the café. “When I get there, I clock in and start in the kitchen.”

Ian’s learned how to cook on a grill, bake cookies and make smoothies while working at the café. 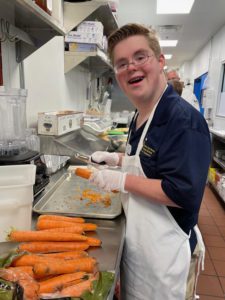 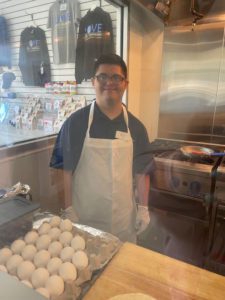 Eric Mena in the back of house at Victoria’s Kitchen., 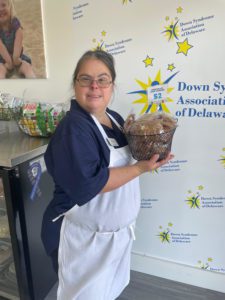 Laura Scott shows off some of the Victoria Kitchen’s cookies,

However, because Ian trains in powerlifting several times a week for the special Olympics, he and his family aren’t sure if employment after the internship would be the best decision for him. They aren’t sure other employers will be understanding of that.

One thing that often hinders adults with Down syndrome is the fact that most of them aren’t allowed to drive. They need to rely on their parents or on public transportation, which can be unreliable if you are punching a clock.

Because regular employers sometimes aren’t as understanding about late arrivals, one of the DSA’s internship goals is for their interns to work out the kinks of traveling to work before regular employment.

The interns are interviewed before being hired, have their own schedule to keep, clock in and out of work and take their own breaks.

“You see everywhere that restaurants are saying no one wants work, that they can’t find anyone to work,” program coordinator of the DSA Kathleen McCormick said. “That’s partially true but it’s not fully true, because we have a big group of people that would love to work if they were given the chance to work and to kind of prove people wrong and prove themselves and show what they are able to do.”